Will city build a pedestrian bridge? A beer bet on what? How many stoplights from Downtown? 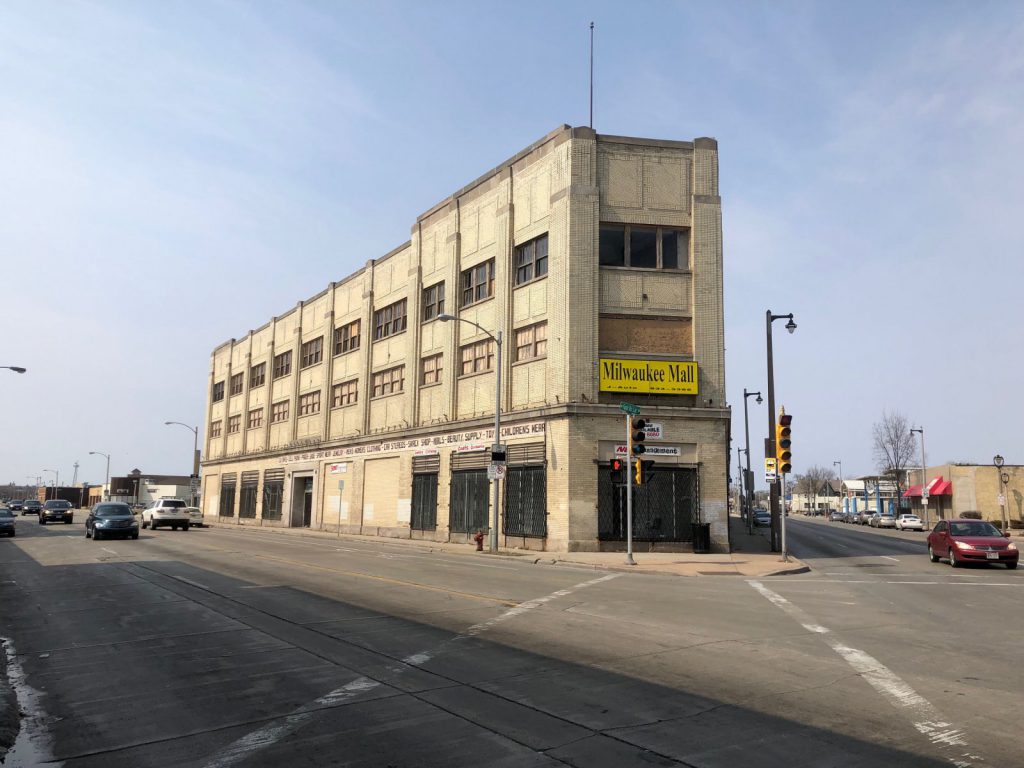 The city and developer Kalan Haywood announced Wednesday that the former Sears department at 2100 W. North Ave. would be transformed into an 80-room hotel and conference center.

Haywood hopes to start construction later this spring, with a chance to open the hotel in time for the Democratic National Convention. A co-working space and apartment complex are planned for future phases of the project, which the Haywood Group is calling “One MKE Plaza.”

The city will support the project’s first phase through a tax-incremental financing (TIF) district.

You can learn more about the project, including the building’s history, Haywood’s background and how the deal will be financed, in our article from Wednesday afternoon. And if you’re into department store redevelopment, see our piece on the $100 million Schuster’s deal from Tuesday.

But if you’re looking for some quick takeaways with insider info on the Ikon project, read on:

1. The initial subsidy is a loan

The city isn’t just giving money to Haywood with no strings attached. The initial $4 million subsidy comes in the former of a 15-year, interest-only loan. Haywood will use the funds to pay back the city-affiliated Milwaukee Economic Development Corporation for a loan used to purchase the complex and for interior demolition, including asbestos remediation. The developer will ultimately need to refinance the loan into a more conventional mortgage to pay back the principal. A second subsidy, a developer-financed TIF district, would create a property tax rebate structure that places all the risk on Haywood.

In fact there will be an immediate demand for the 24,600-square-foot conference center. Department of City Development Commissioner Rocky Marcoux noted in Wednesday’s press conference that programs like the Central City Business Awards (recently renamed the Diversity in Business Awards) aren’t held in the central city, they’re held downtown. “There really is no place on the north side to hold a large event,” said Marcoux. “Other than a church, but some events are not appropriate to hold in churches.”

3. A pedestrian bridge could be included

The six-point intersection of W. Fond du Lac Ave., W. North Ave. and N. 21st St. is one of the busiest in the city. With 23,000 vehicles passing by daily on W. Fond du Lac Ave. alone, the city is exploring building a pedestrian bridge to link the development with the Fondy Farmers Market on the other side of the street. The plans, according to Marcoux, are still in their early stages. “We’re looking at that,” said Marcoux. “Those are the types of things we’re having discussions with the community about.”

4. No word if the parking attendant will return

Invariably, any time I discuss the former Sears with a longtime Milwaukeean their memories center around the large parking lot. An attendant, situated on an upper floor in the building, used a public address system to guide shoppers to a specific aisle in the large parking lot. Haywood’s proposal relies on a substantial amount of surface parking, but no word if the attendant will return.

5. There is beer on the line

A light-hearted moment in yesterday’s press conference announcing the deal including a wager being struck between area Alderman Russell W. Stamper, II and Milwaukee Journal Sentinel reporter Tom Daykin. The two have a handshake bet on whether the hotel will be open in time for the Democratic National Convention. Stamper, the optimistic, says yes. Daykin, playing the role of cynical reporter, says no. A Miller Lite, Stamper’s choice, is on the line.

6. How many stoplights between Fiserv Forum and the hotel?

Haywood, in an interview with Urban Milwaukee, quickly noted that the development is four stoplights and three minutes, 13 seconds of driving from Fiserv Forum. That’s just a bit optimistic: we count six intersections with stoplights between the development and arena parking garage, and Google Maps says the drive would take four minutes. But Haywood’s broader point still stands, the project is very close to Downtown.

Stamper is very optimistic about the area’s future. He told reporters that a headquarters announcement would be coming soon from a local pharmacy chain regarding a nearby building. Stamper also had a footnote, which does not carry the weight of law, inserted in the 2019 budget that instructs the city to create a $500,000 “GROW MKE” fund to support area businesses as part of any TIF district for Sears redevelopment. Such a program would need to be repaid by increased property tax revenue from the development. 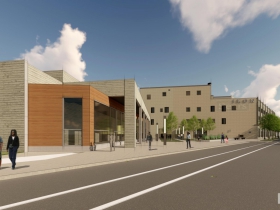 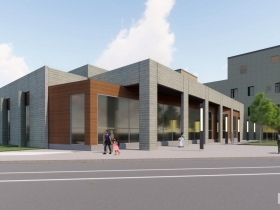 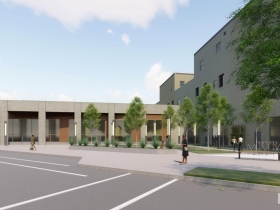 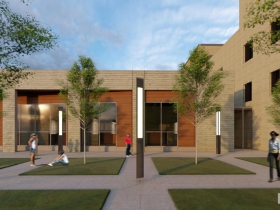 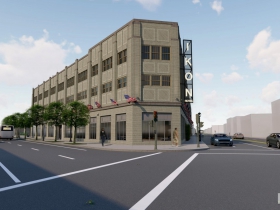 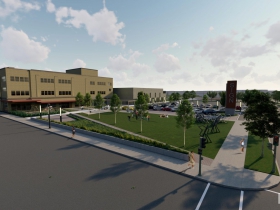 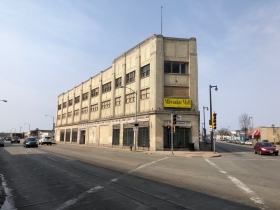 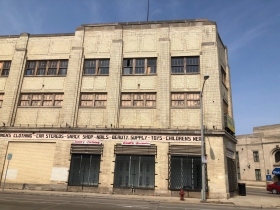 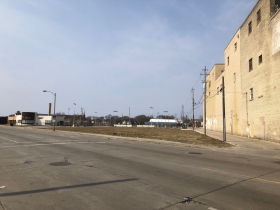 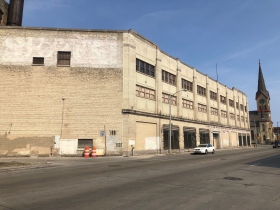 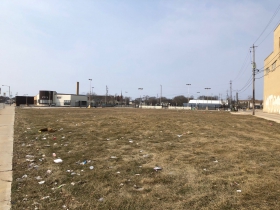 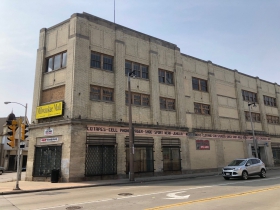 More about the One MKE Plaza project