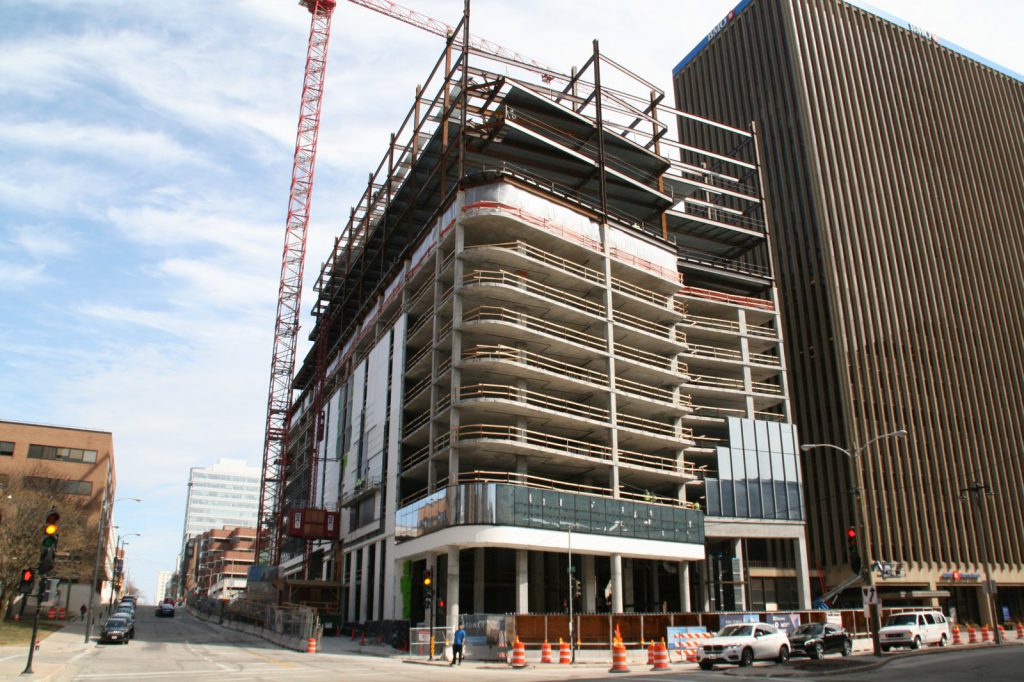 BMO Tower, being developed by Irgens Partners for BMO Harris Bank and a host of other tenants, will eventually rise 328 feet above N. Water St. General contractor J.H. Findorff & Son has finished the framing for the concrete parking levels at the 25-story building’s base and is now assembling the steel-framed office floors above.

And while the building continues to grow taller, the lower levels are beginning to resemble the final project. Findorff and a host of subcontractors have begun to install the glass curtain wall that will clad much of the building.

Construction will continue to move at a brisk pace for the rest of the year, as BMO is scheduled to relocate to the tower come December 1st.

While being at the top of a tower is often perceived as a status symbol, Heartland will get a unique benefit in the form of direct access to the east-facing terrace adjacent to its office space. BMO will have a private terrace on the 11th floor and Michael Best will have a 25th-floor terrace. No additional terraces are planned for the building.

A two-story lobby will be constructed off of N. Water St and clad in granite and wood. The large space is planned to include a two-story tall video board.

BMO has approximately 700 employees in its current tower, and another 200 in the nearby Milwaukee Center. Both groups will relocate to the new building.

As part of the big redevelopment plan, Irgens will also redevelop BMO’s existing tower located just south of the new building. That part of the project won’t start until 2020 at the earliest. Developer Mark Irgens has suggested a mix of uses could be included in the overhauled tower, including “workforce housing,” a hotel or office space. He recently tweeted a rendering that included the building redeveloped in part as a hotel, with an homage to the site’s prior occupant – the St. Charles Hotel.

Design work on the project is being led by Kahler Slater.

We last covered the project’s construction in November. 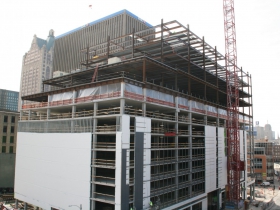 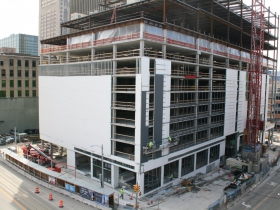 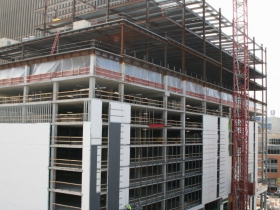 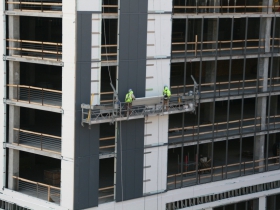 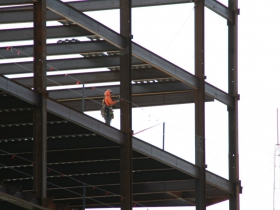 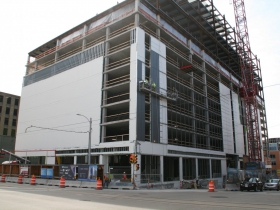