A Rising Star in Architecture

I missed the boat on architect Matt Rinka. High time for a reconsideration. 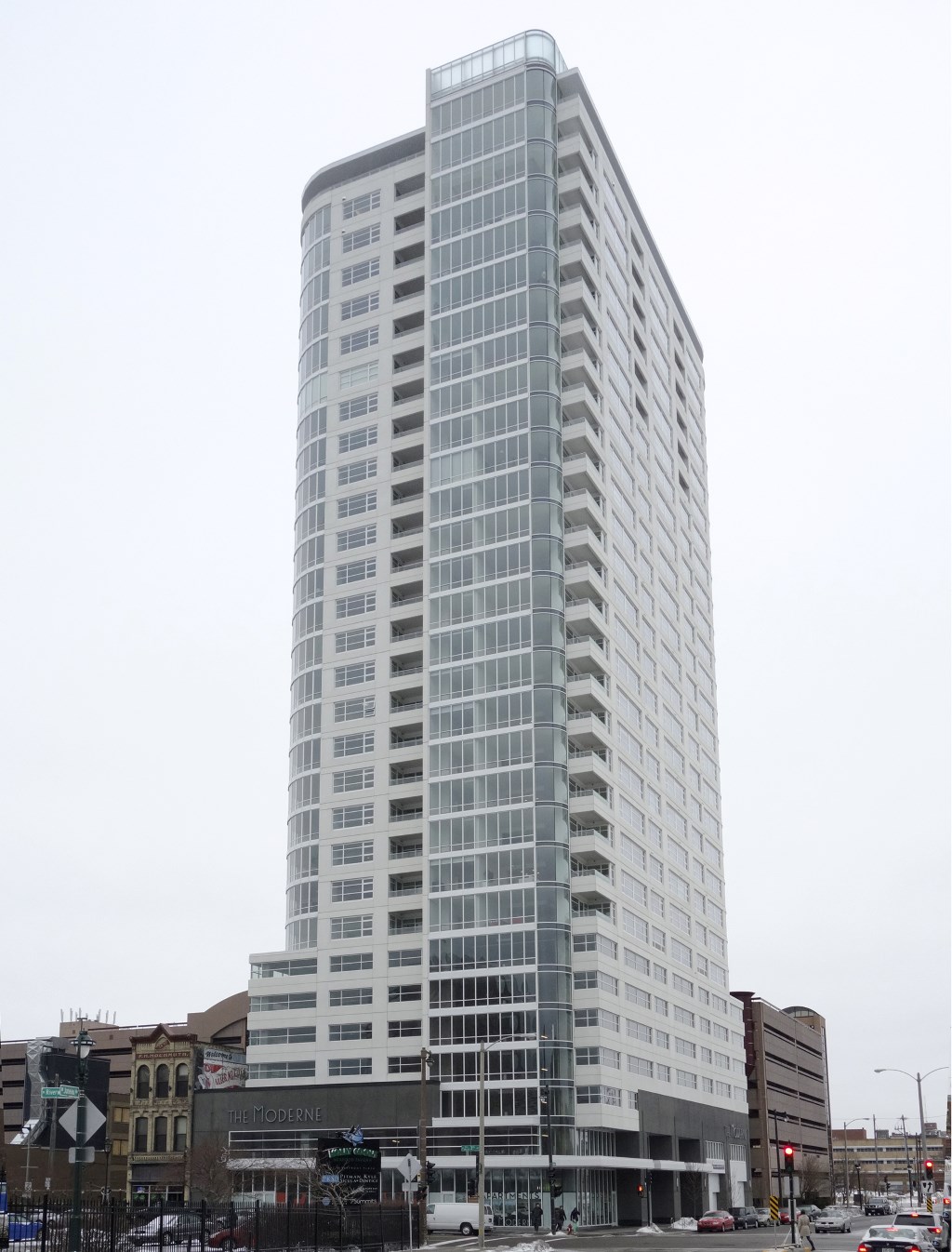 “I don’t see how any gifted actor could have done less than Brando does here,” critic Stanley Kauffmann wrote of Marlon Brando’s 1972 performance in The Godfather. “His resident power, his sheer innate force, has rarely seemed weaker.” Janet Maslin dismissed The Godfather as “devoid of any real depth beyond the bounds of its literal-minded narrative.”

Nowadays it’s considered one of the greatest films ever made. Art often lives long enough to fight another day. This is especially true of buildings.

Take The Moderne at 1141 on North Old World Third Street. In 2013, I wrote, “Tall buildings are like cattle, they get fattened up for market.” I started out to show how economic realities of residential real estate inevitably make buildings fatter than they appear in renderings. A minor point, for sure. Renderings are sales tools.

I should have stopped there, but went on to write what the architect felt was a thoughtless review. Matt Rinka was right. I compared The Moderne to one of the spires of capitalism, the Chrysler Building in New York—an unfair, not to mention fatuous comparison. The Moderne is obviously nothing of the sort.

The Moderne stands today as one of the better residential towers in Milwaukee—a minor miracle considering the economic climate at the time it was built (The Moderne was completed in 2012—on the heels of the Great Recession), rightly propelling Rinka Chung Architecture (now called RINKA) to other commissions including The Couture.

Rinka is our star architect, if there could be such a thing in Milwaukee. Since 2006, when Rinka Chung Architecture was founded, Rinka has completed 400 projects in the Midwest and is gaining a national reputation. The firm recently completed the Milwaukee Bucks Entertainment Block across from the Bucks new Arena. Their upcoming portfolio of projects includes another signature high rise in Downtown, and a huge multi building development along the Kinnickinnic River in the Harbor District.

Recently, Rinka has gone on to make an original design contribution that in the process debunks what New Urbanists called “background” buildings — the received wisdom in Milwaukee promulgated by former Mayor John Norquist and his City Planner Peter Park that four and five story apartment buildings should blend into their neighborhood. 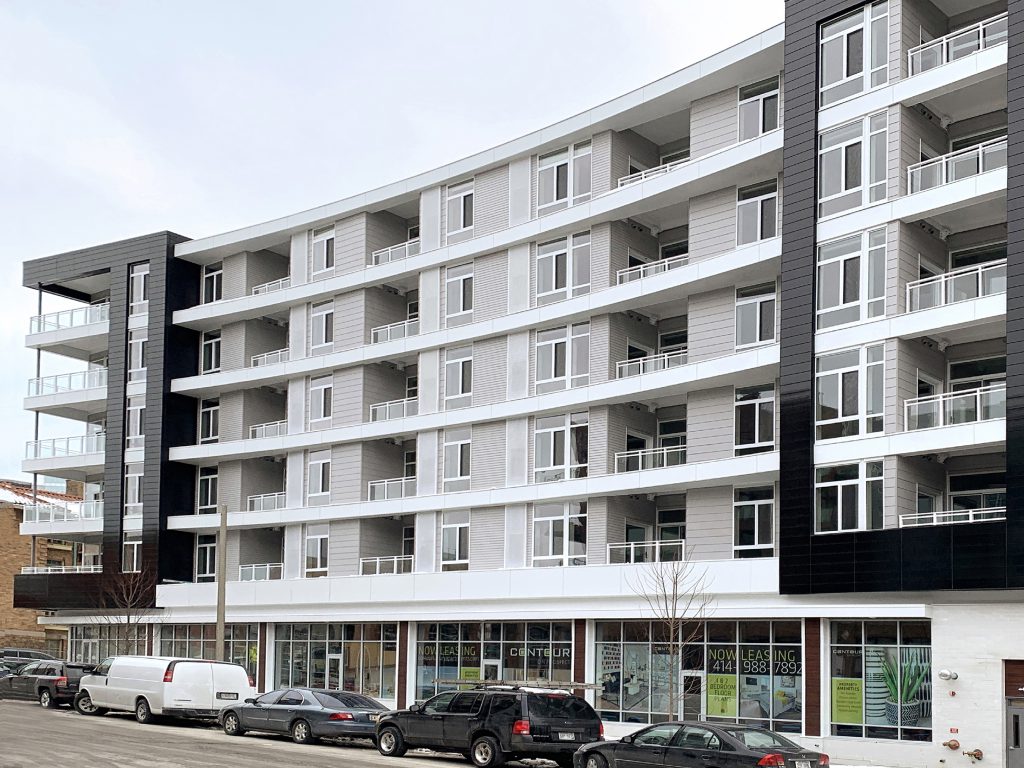 Rinka’s building, The Contour on 2111 E. Ivanhoe Pl. at Prospect across the street from Collective is not a wallflower, like so many new apartment buildings in Milwaukee. It stands out. It sweeps. It has a striking profile that frames and punctuates the building. You can wrap your mind around it. The Contour brings a little flair and charisma to the party. 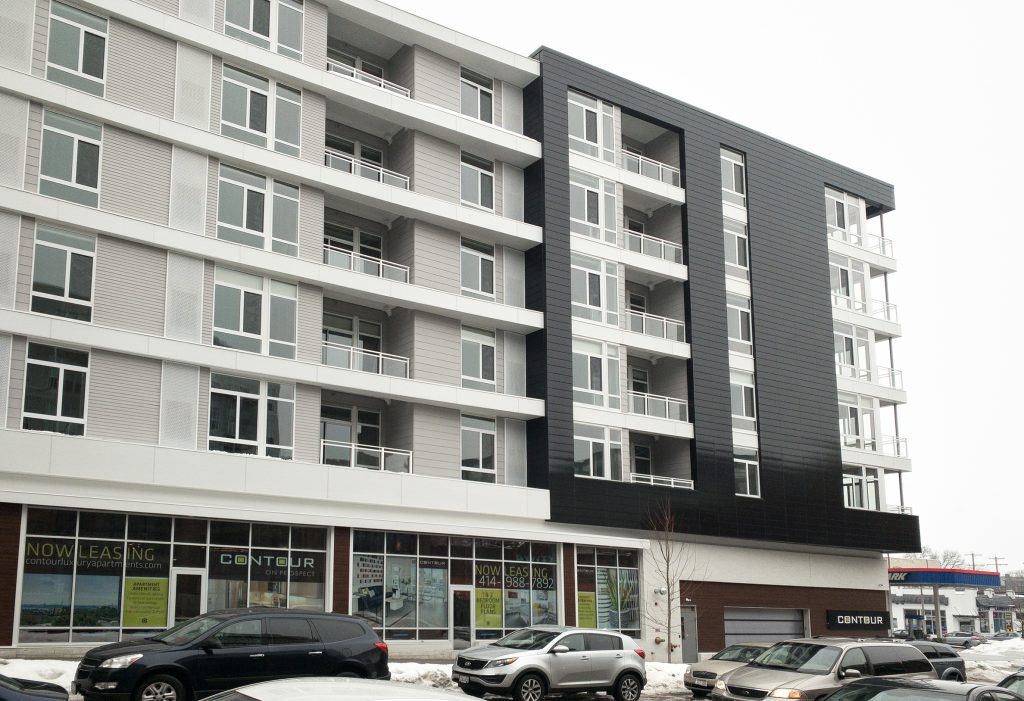 It’s an uninhibited composition. But what sets it apart from its withdrawn peer group in Milwaukee may soon wear out its welcome. The “book ends” (above, in graphite black) might become a logo for the architect in larger doses as in The Yards (orange). 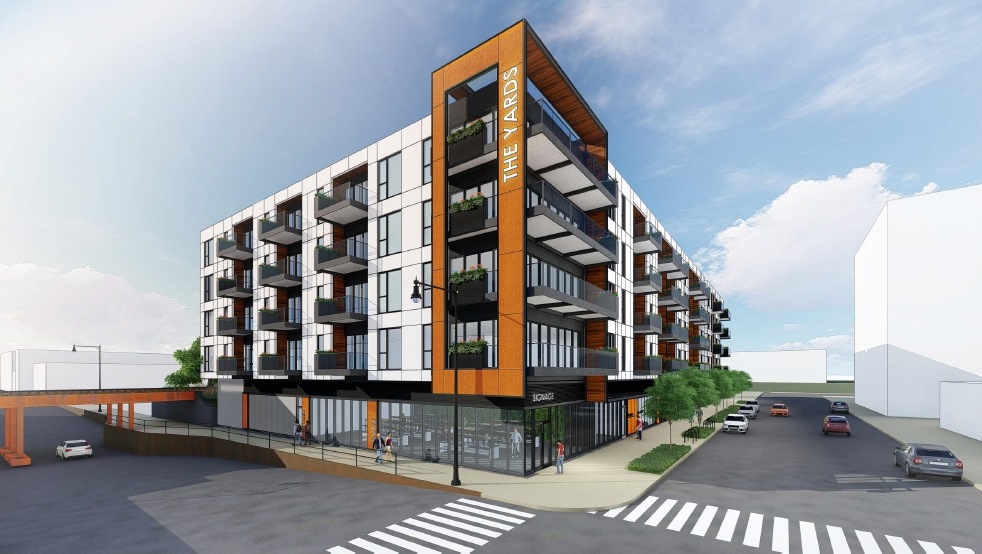 But The Quin on the northeast corner of Florida and 2nd Street in Walker’s Point is less diagrammatic and a better example of Rinka’s work. Indeed, it could be a milestone for apartment design in Milwaukee. 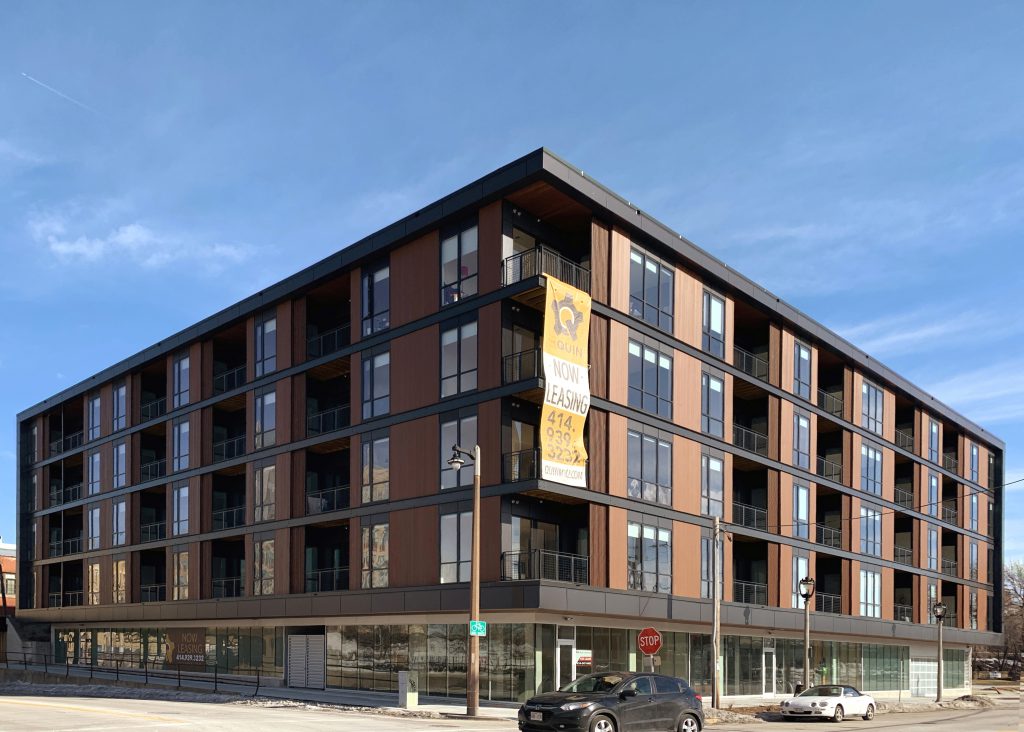 During construction I didn’t believe you could make a brown and black apartment building in Milwaukee that was both rich like a chocolate bar and yet free of embellishments. Color is not splashed on the building like the yellow balcony glass or random overhangs in neon blue, green and orange you find around town. It’s integral to the structure. Color holds the building together. 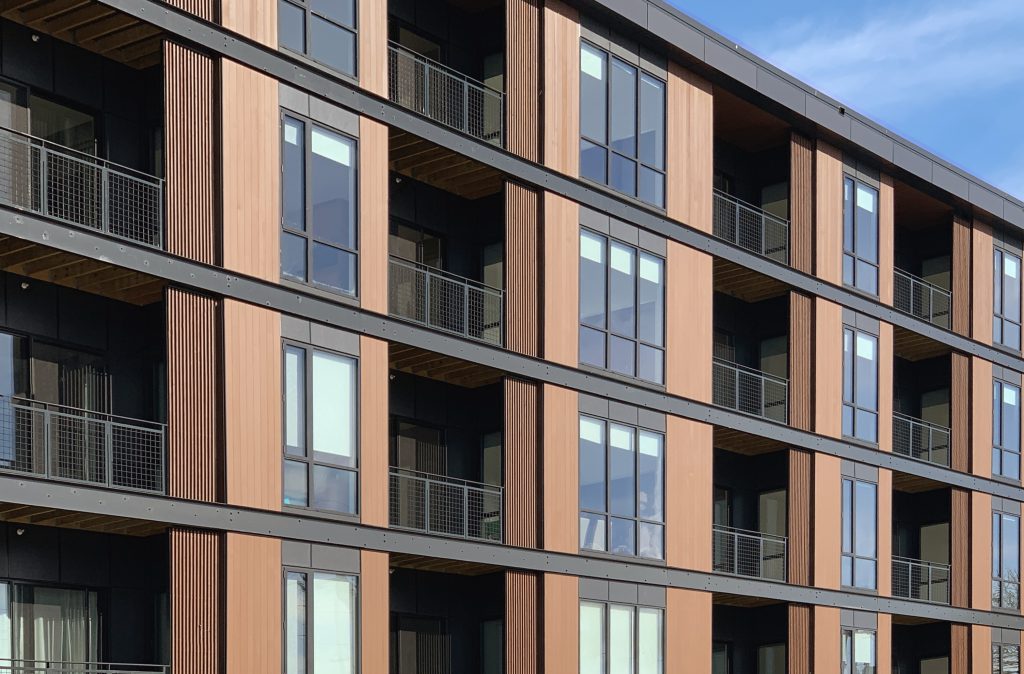 The facade is layered and modulated. Materials resonate with each other. Lines and rectangles are tuned into a dense Mondrian-like composition. It’s a tapestry. That’s using modern materials rather than relying on phony brick-like facades to add grain to the building.

Unlike The Contour, nothing feels like its been added to The Quin. No flourishes are required. The building is precise. All the elements add up into robust and elegant whole. You could never call this a background building.