Bauman's proposal gets endorsed by Department of Public Works, but may take a year. 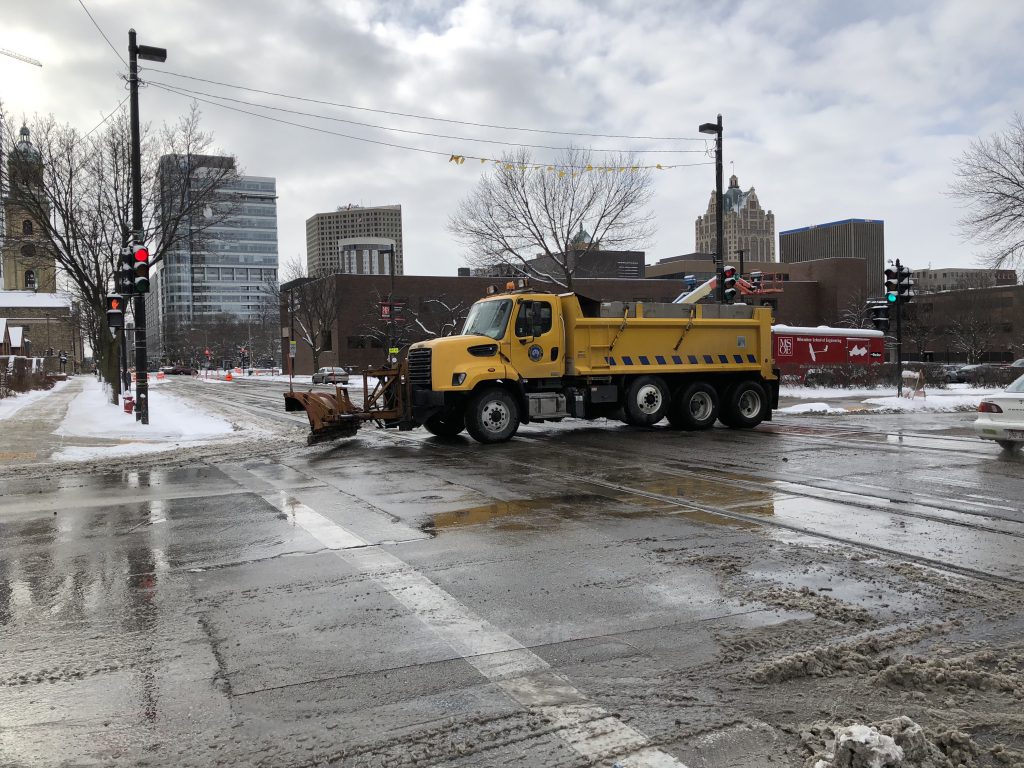 A proposal by Alderman Robert Bauman to have the city hire retired city plow drivers as a supplemental plowing force is moving forward.

The proposal came after a report from the Department of Public Works in February that said driver inexperience and staffing shortages were negatively impacting the city’s ability to plow snow. “Frankly, retirees were calling our offices and saying ‘why don’t you bring us back?'”, said Bauman.

“How many are willing to work? I don’t have a clue. How to organize this? Beyond my pay grade,” said Bauman, pushing DPW for action.

The plan would have drivers that retired within the last three years apply to work as supplemental drivers. “We would require a commitment for the entire snow season,” said Thomas. Retirees could continue to draw on their pensions, but wouldn’t accrue additional benefits. They would be paid hourly at the same rate as existing drivers. After eight hours on a shift they would earn time-and-a-half pay. To qualify retirees would still need to live within 15 miles of the city.

“We believe that this is possible,” said Thomas. How many drivers would apply is unclear at this point, he added.

The cost will likely be easy for the city to absorb. Thomas found that the program would likely cost $62,000, estimating 20 drivers working 10 shifts each. Upon hearing the cost, Ald. Mark Borkowski said: “I would be up for some kind of incentive to get people on this list.”

According to Thomas the retirees, who would be hired back through a previously approved temporary appointment program, would be able to do any work associated with the snow clearing operation.

But don’t expect immediate action, the plan wouldn’t go into effect until the 2019-2020 plowing season. And it still requires the approval of the Common Council and Mayor.