Firm that helped design streetcar ends up on streetcar route, moving 90 employees with it. 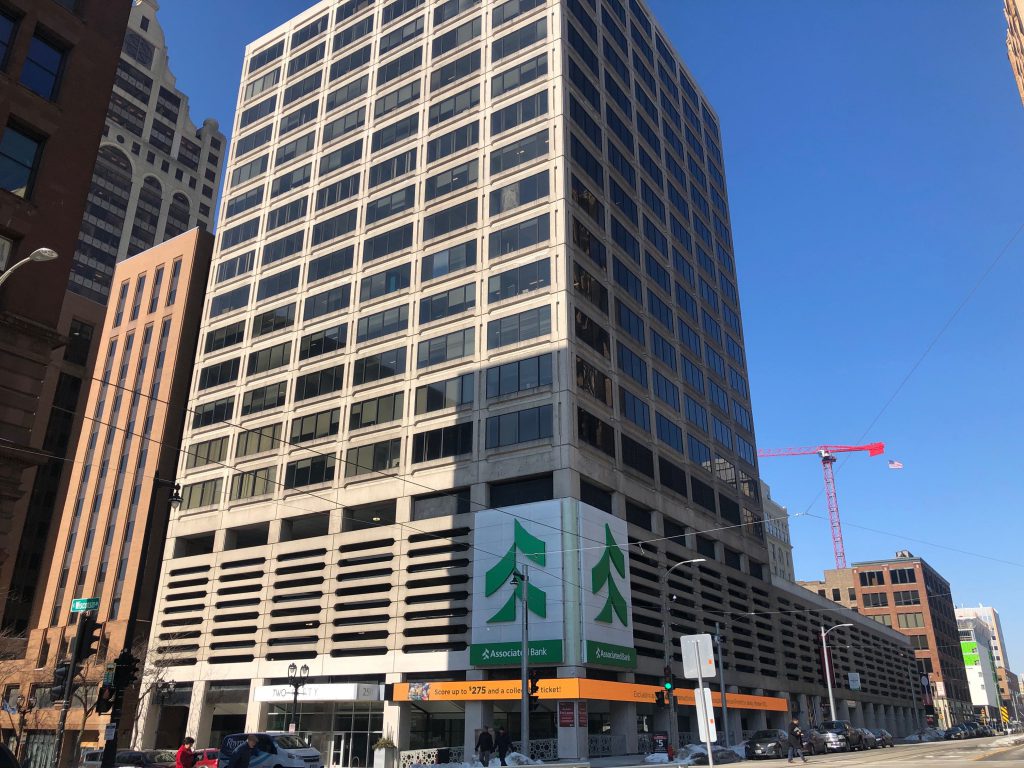 Engineering firm HNTB is moving its regional office and approximately 90 employees to the Two Fifty office tower in downtown Milwaukee.

HNTB was heavily involved in the design and engineering of The Hop, and will now be located directly on the route. The firm, which also does a considerable amount of consulting on highway projects, served as a consultant on the construction of Fiserv Forum.

HNTB will lease approximately 24,000 square feet of space spread over the 19th and 20th floors of the office tower. The firm, headquartered in Kansas City, hopes to grow the Milwaukee office to 120 employees.

The 20-story building, located at the intersection of N. Broadway and E. Wisconsin Ave., had a 20 percent occupancy rate before being acquired by Chicago-based real estate firms Fulcrum Asset Advisors and Millbrook Properties in 2015 for $9.75 million. The firms invested $8.8 million in overhauling the building.

Built in 1973, the tower has 193,031 square feet of space according to city assessment records. An attached parking structure includes approximately 440 stalls.

“Our new location will facilitate interaction and ideas between teams working collaboratively with clients to implement infrastructure solutions that will improve the region’s mobility and quality of life,” said HNTB vice president Mark Kaminski in a statement.

HNTB’s Milwaukee office includes a mix of infrastructure planners, engineers and other professionals. The company was previously located in the Park Place office complex on the city’s far northwest side.

The employee-owned firm has offices and customers across the globe. In Milwaukee some of its biggest clients include the city, Wisconsin Department of Transporation, Metropolitan Milwaukee Sewerage District and Milwaukee County.

HNTB will join a number of other new tenants, including Associated Bank, on the building’s first floor. The bank installed a massive sign on the exterior of the building in late 2018. Freshii, a fast-casual, health-focused restaurant, also opened on the first floor in the past six months.

HNTB is the third engineering firm to announce a move downtown in the last three months. Jacobs Engineering Group recently announced it was moving to Schlitz Park. In December, Graef announced it would move its offices to the redeveloped Shops of Grand Avenue.

Employees of Graef and HNTB will be able to meet for lunch regardless of the weather. HNTB’s new home is the eastern end of the skywalk system, with Grand Avenue located near the western terminus.