New "health-casual" restaurant will serve up fresh food for people on the go. 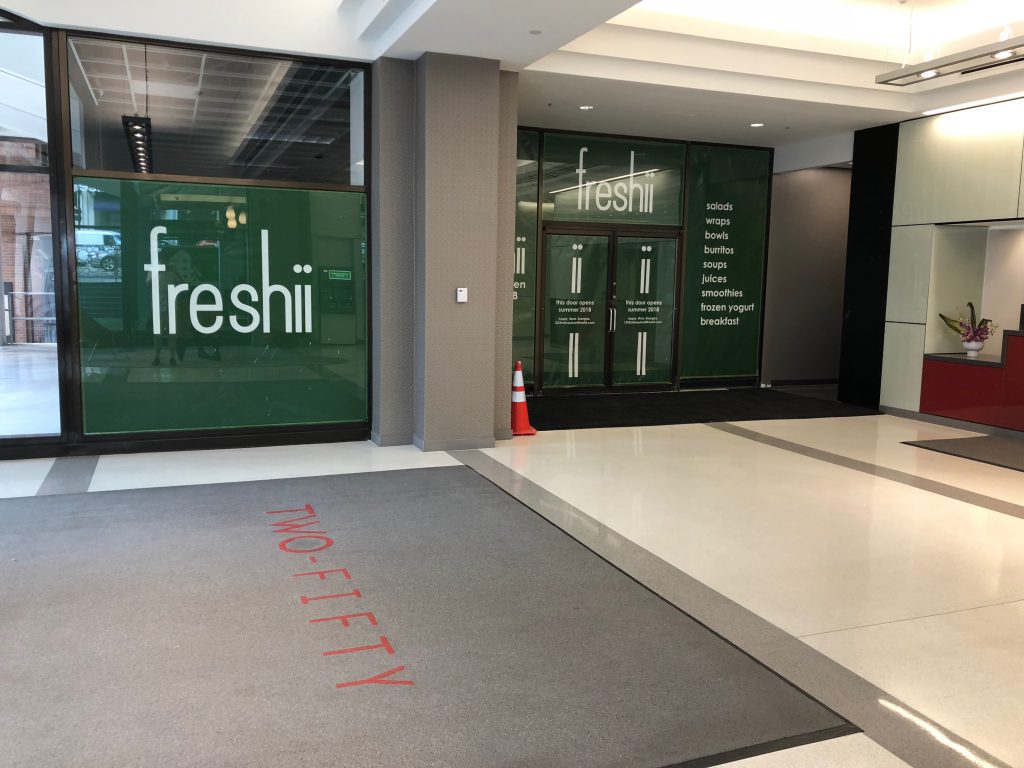 Slow progress is being made on Milwaukee’s first Freshii, a “health-casual” chain based in Canada. While the restaurant was originally slated to make its debut in July, signs have recently been installed, covering the future restaurant and related construction work.

Freshii MKE is now projected to open in October, according to Michelle Adams, a senior brand manager at Freshii. The restaurant will share the ground floor of the 250 Plaza building (250 E. Wisconsin Ave.) with a recently-opened Associated Bank branch. According to the BizTimes, Fulcrum Asset Advisors and Millbrook Properties bought 250 Plaza in 2015 for $9.75 million. The Chicago real-estate firms then spent $8.8 million making renovations to the building,

Andy Tran is the franchise owner of the Milwaukee location, according to Adams. Tran found that his “personal and professional values,” aligned with the company’s focus on health and wellness, especially since he comes from a background in healthcare.

“We believe Milwaukee is lacking quick, healthy, and affordable options like Freshii so Andy decided to bring Freshii’s mission to Milwaukee,” says Adams. “He chose the downtown area for its population density as he wants to introduce Freshii to the most people possible.”

Adams described the restaurant’s fare as “fresh food designed to energize people on the go.” At most of its locations, Freshii serves breakfast, soups, salads, wraps, bowls, burritos, frozen yogurt juices and smoothies. Matthew Corrin founded the company in 2005, which now has over 300 locations in North, Central and South America, as well as Europe, Africa, Australia and the Middle East.