But what's happening at the Foxconn office building? 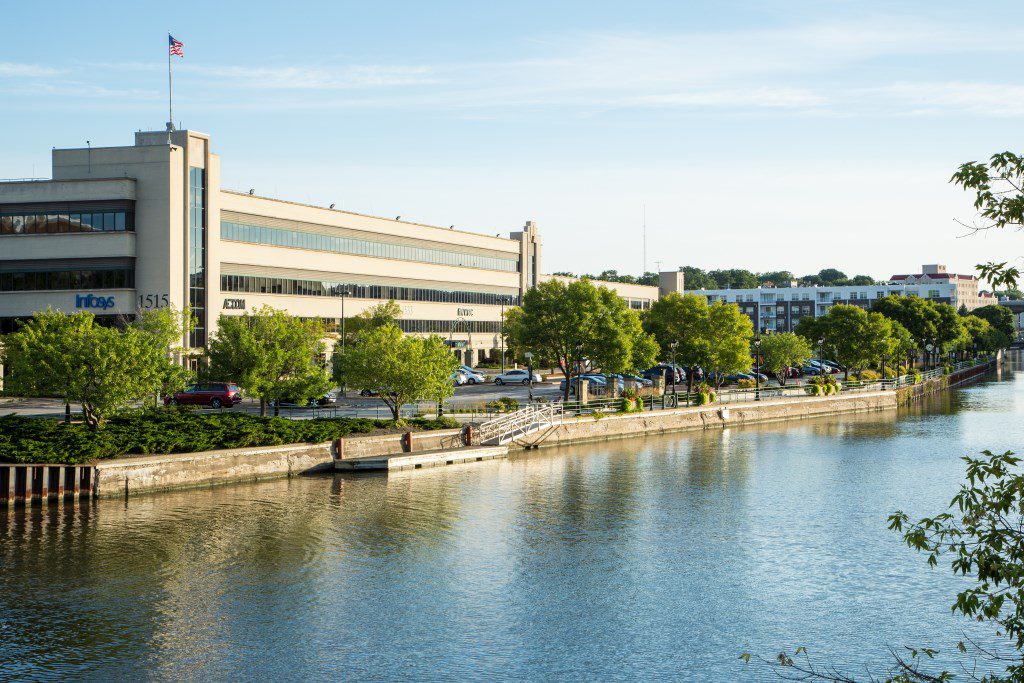 The firm is moving out office space at the Honey Creek Corporate Center and will bring approximately 100 jobs downtown. It was formerly known as CH2M.

Last week’s lead item in Plats and Parcels covered how the office park, formed from the former Schlitz Brewery complex, just changed hands for over $100 million.

Not Much Happening at Foxconn Milwaukee Headquarters

Despite announcements a year ago at this time, Foxconn has yet to do any significant remodeling at its downtown headquarters.

Rick Romell reported in the Milwaukee Journal Sentinel that permits the Taiwanese electronics manufacturer pulled with the city indicate that approximately $31,000 worth of work has gone into the seven-story building. Romell reported that the bulk of that went towards space for a tenant, a temporary office for Robert W. Baird & Co.

Foxconn bought the building last year, which had an assessed value of $11.4 million at the time. The firm, which has an agreement with the state to build a manufacturing campus in southern Racine County, said it would use the downtown facility to attract recent college graduates working in research and development.