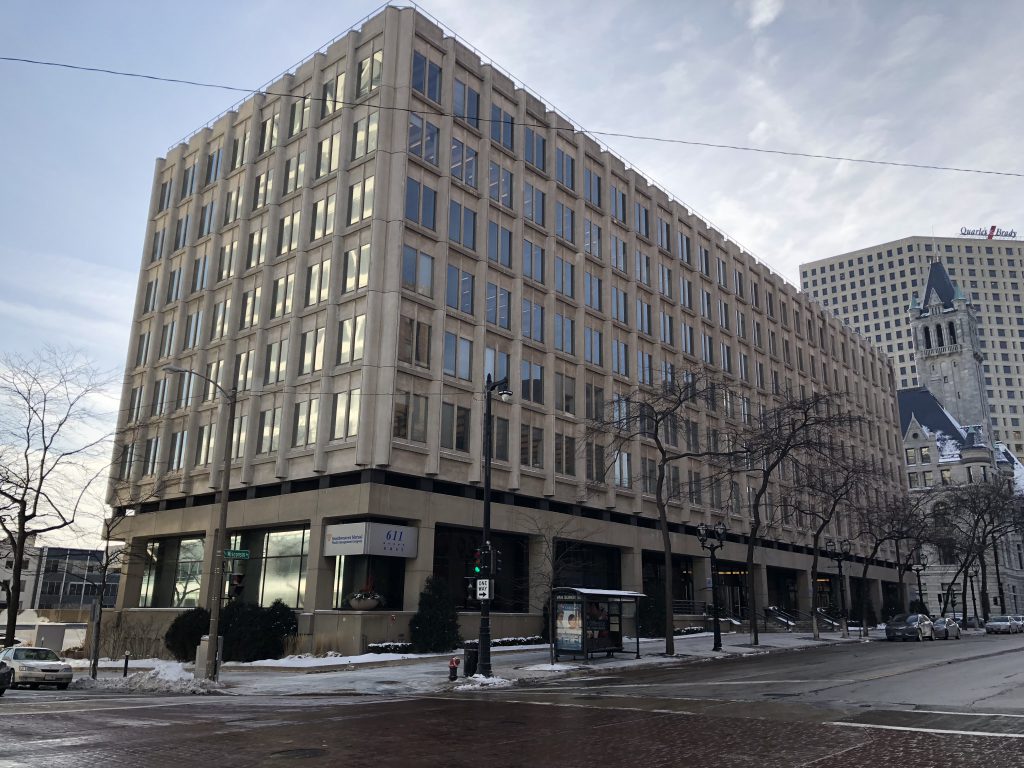 Electronics manufacturer Foxconn will make downtown Milwaukee their Wisconsin headquarters. It’s all part of what Governor Scott Walker is calling “the Foxconn bonus.”

The company, which is in the early stages of building an estimated $10 billion campus in southern Racine County, is getting a $4.1 billion subsidy from state and local governments to build a 20 million-square-foot campus that will employ up to 13,000 people.

Now they’ll also be setting up shop in downtown Milwaukee with space for up to 650 people, although all of those people might not end up being Foxconn employees.

Terms of the sale, which is expected to close in 2018, were not disclosed. The property was assessed at $11,471,000 in 2017. The building has 131,040 square feet of space according to city records. It also includes a substantial parking lot, which city records list at 286 stalls.

The company, which was careful to note this isn’t their official North American headquarters, will use the facility for their “non-industrial activities” related to the development of products around 8K displays and 5G communications. This includes what they’re calling the Wisconn Valley Innovation Center and a product showcase center.

A release from the company says they intend the facility to house incubators, accelerator labs, venture capital activities and start-up initiatives. Northwestern Mutual CEO John Schlifske, who had his office in the building for eight years before assuming his current role, said Northwestern Mutual anticipates locating some of the companies they’re supporting with venture capital investments in the space.

Louis Woo, special assistant to Foxconn CEO Terry Gou, was in attendance at the event and said the company views the downtown location as important to not only attracting highly-skilled employees to the company on a local level, but on a national level. He said that he thinks as young employees start families and grow older it will be easier to get them to the Racine campus, but the downtown location will be a key selling point to recent college graduates.

According to Milwaukee Metropolitan Association of Commerce president Tim Sheehy, the move is “an exciting new addition to the Wisconsin economy, an addition to the regional technology profile and a sign of Milwaukee’s resurgence.”

Alan Yeung of Foxconn, head of US strategic initiatives, said “I hope not” when asked if this would be the last major investment Foxconn makes in Wisconsin, but said the company has no immediate plans to build a tower in the parking lot or make major changes to the building.

County Executive Chris Abele, who drew support from Walker for his steadfast support of the deal, said: “we’re looking at an opportunity as to what can go right.” Abele had previously told Urban Milwaukee when the deal was unveiled that he was pitching the company a final assembly site with direct airport access.

Governor Walker was all smiles while announcing the news at a press conference held on the top floor of Northwestern Mutual’s new tower. He had another reason to smile as well: it’s his 25th wedding anniversary and his wife, Tonnette, was sitting in the front row. The two had just come from lunch at the place they first met, Saz’s.

Mayor Tom Barrett was not in attendance at the event, a reversal from when the city-supported Northwestern Mutual Tower and Commons opened and Abele and Walker weren’t in attendance.

21 thoughts on “Eyes on Milwaukee: Foxconn HQ In Downtown Milwaukee”