Three City Libraries Will Get Solar 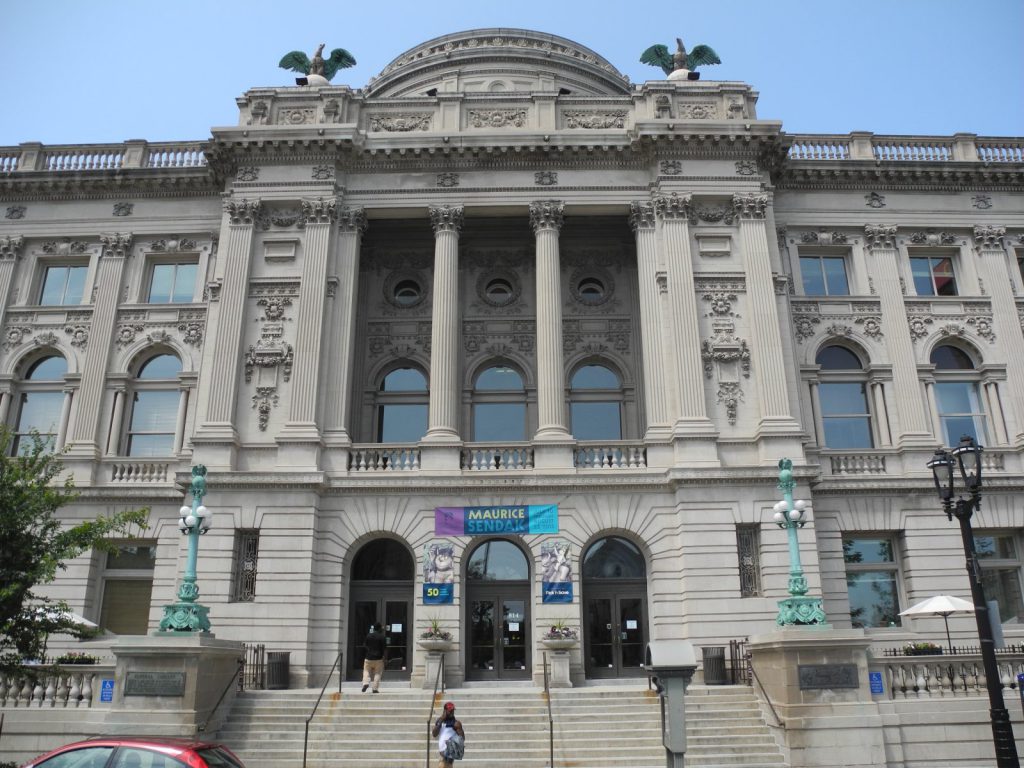 The City of Milwaukee will soon generate an additional 210 kilowatts of solar energy annually from library rooftops, enough to power 26 homes, but that’s only 20 percent of what it hoped to generate and could be the precursor to a legal battle with We Energies. And what the city does next has now become a controversial issue within City Hall.

In 2018, the city had approved a contract with Eagle Point Solar to install 1.1 megawatts of solar power spread across six city-owned buildings. Under the deal, Eagle Point would own the solar panels, in order to take advantage of 30 percent federal tax credit, and the city would purchase the electricity. The deal, which would lower the city’s cost to install solar panels, is similar to arrangements Eagle Point has with government entities throughout the Midwest. The move would have allowed the city to make progress toward its goal of generating 25 percent of its electricity from renewable sources by 2025.

All was on track until We Energies objected, twice, to the interconnection request needed to connect the proposed arrays to the grid. At the same time, We Energies has begun offering Solar Now, a program where the utility pays to lease rooftop space for solar installations. The new program has drawn concern from members of the Common Council and solar advocates.

The city’s panels, already purchased by Eagle Point, sit unused in a city warehouse, and the council’s Public Works Committee has spent multiple meetings debating what to do next. Options from legal challenges to borrowing $1.5 million and foregoing the tax credit benefit have been considered.

Mayor Tom Barrett, via the city’s environmental sustainability director, circulated an amended proposal earlier this week that would have the city enter into formal negotiations with We Energies on its new program and buy one-fifth of the panels from Eagle Point, installing them on the Central, Center Street and Tippecanoe libraries. “It maintains the intent of the original resolution and adds additional language to reserve space for the City under We Energies new pilot programs, one of which promises to pay the city $80,000 per year to put solar on city properties,” said Erick Shambarger, director of the city’s Environmental Collaboration Office, in an email to the Public Works Committee members.

Aldermen Robert Bauman and Nik Kovac steadfastly oppose the mayor’s view on the matter, as it appears do their colleagues. The mayor’s proposal found no sponsors. “You don’t do that until you’ve had hearings, some vetting, until people understand what it is that this program’s doing,” said Bauman about the mayor’s proposal to enter into formal negotiations with We Energies. “We’re suddenly doing business with We Energies with no one having an opportunity to weigh in.” Barrett’s proposal would have given the council an opportunity to approve the final deal as negotiated, but Bauman said that wasn’t enough of a safeguard. In addition to generating two megawatts from city-owned roofs via Solar Now, the Barrett resolution would have authorized the city to enter into formal negotiations to buy 17 megawatts of wind and solar electric annually from We Energies.

The city can’t wait indefinitely to make a decision on its participation in the Solar Now program. We Energies, by Public Service Commission rule, is capped at 35 megawatts currently. “We have more than double the amount of interest than we have megawatts,” said We Energies spokesperson Brendan Conway in an interview with Urban Milwaukee.

And while the PSC could raise the cap, Bauman, who chairs the Public Works Committee, isn’t a fan of the local utility. “Hell will freeze over before I vote for doing business with We Energies,” said the alderman at a January 23rd committee meeting. Bauman suggests the legal argument with We Energies could be solved by the state changing the law to explicitly allow the third-party agreements the city wants to enter into, similar to the special treatment We Energies got enacted into state law for utility relocation and the streetcar.

“Before we begin serious negotiations, they need to obey the law,” said Kovac Wednesday morning, contending that We Energies rejection of past city proposals was illegal. “We have a monopoly utility acting illegally, but it’s going to take two years to prove they’re operating illegally,” said Kovac about the city’s potential to challenge We Energies in court. “They claim they want to be part of the solution. I think we should look at them very cynically.” Kovac contends that the city would “embarrass” We Energies in court, but that the utility likely thinks it can corner the market before the suit is resolved. He argued that the utility has for years actively opposed solar energy. “Their outright opposition is a stain on the history of Wisconsin,” said Kovac.

The committee adopted a resolution Wednesday that allows for the three library solar installations to move forward, using solar panels the city will purchase, which does not run afoul of PSC ruling on leasing from a third party like Eagle Point.  The resolution also explicitly authorizes Shambarger and other city officials to “carefully review and consider” using the Solar Now program and another new We Energies program that would allow the city to purchase renewable power directly from utility-scale facilities. Shambarger, in a statement to Urban Milwaukee, thanked the committee for its vote and said: “Mayor Barrett has directed the Environmental Collaboration Office to negotiate with We Energies on these programs with an eye toward achieving our 25 percent renewable energy goal this year.”

Even if the city doesn’t file a legal challenge to We Energies, Eagle Point plans to. “I fully intend to pursue appropriate remedies so that the legality of the third-party structure can be clarified here in Wisconsin,” said Eagle Point president Barry Shear in a letter to the city.

To reach the 25 percent renewable goal, the city will need to eventually be purchasing or generating approximately 15 megawatts of renewable electricity said Shambarger. The city currently spends approximately $4 million on building electricity and natural gas, $3.5 million on street lights, and $6 million on power for the Milwaukee Water Works.

“We Energies is deeply committed to environmental stewardship and renewable energy. We are on pace to reduce carbon emission by 40 percent below 2005 levels by 2023; that exceeds the goal set by the Paris Climate agreement,” said Conway in a statement to Urban Milwaukee. “We estimate the city’s participation in our two proposals (Solar Now and DRER) will help them obtain nearly 40% of energy from renewable sources.

About the New Solar Installation

While much remains to be ironed out regarding the city’s stance on We Energies solar programs, the modified deal with Eagle Point Solar is moving forward.

Eagle Point Solar will be paid up to $419,000 as a contractor, not partner, to install solar panels capable of generating 210 kilowatts of solar power atop the roofs of the Central, Center Street and Tippecanoe libraries. The city, which will own the panels outright, will pay for the project with funds already allocated to the Better Buildings Challenge capital account. Eagle Point will provide service and maintenance for a period of five years.

The city will also apply for a $45,000 Focus on Energy grant from the state to offset a portion of the cost.

The installation will happen this spring.