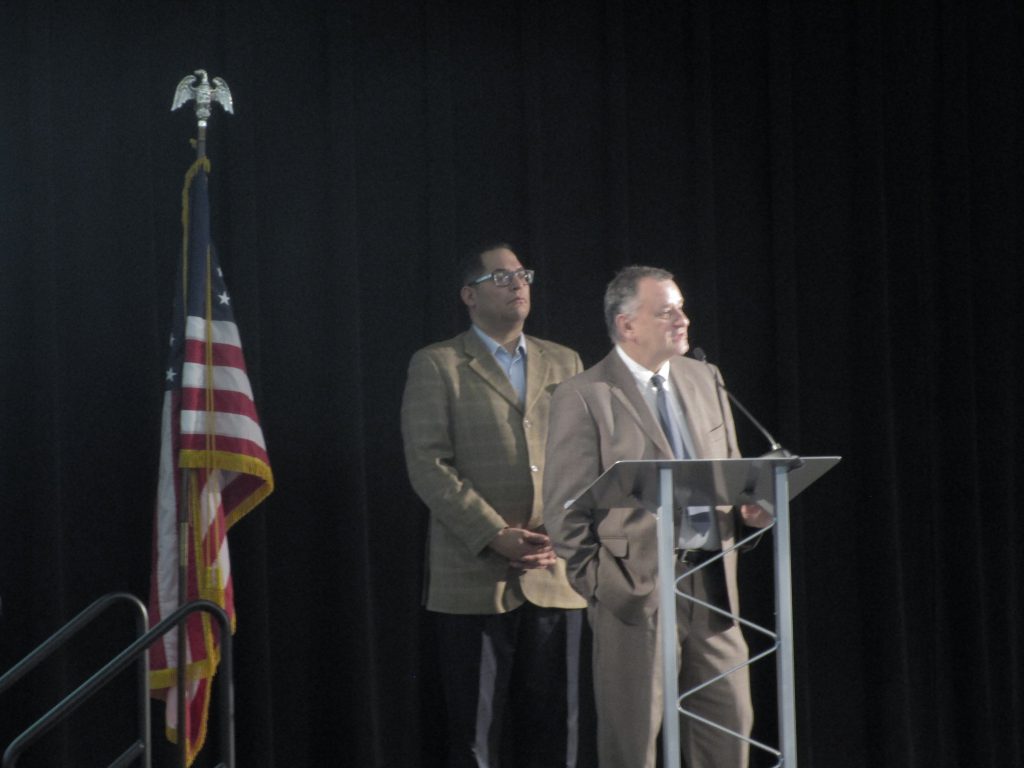 The Milwaukee County Department of Health and Human Services wants to have a role on providing accommodations to some of the youth housed in a pair of state-run juvenile offender facilities.

But some residents on the city’s northwest side have concerns, based on the turnout Tuesday evening at a community meeting. Alderwoman Chantia Lewis, whose 9th District encompasses the impacted area, hosted the event on a snow-filled evening.

What is certain is the Wisconsin Department of Corrections’ Lincoln Hills School for boys and Copper Lake School for girls are set to be closed in two years. Act 185 requires the two facilities cease operations by January 2021. Both facilities have had horrific problems, and are still using pepper spray, solitary confinement and other methods which triggered a lawsuit against the state.

The question, moving forward, is where the youth will be housed. Local officials within the DHHS laid out their plans at the neighborhood meeting, which was held at Direct Supply in one of the industrial corridors of the Historic Granville neighborhood.

Mark Mertens, administrator with DHHS’ division of youth and family services, and David Muhammad, deputy director of DHHS, shared their visions with a crowd of several hundred people.

“We definitely feel we have a role to play with the alternative,” Muhammad said.

“Our program will not be a prison — it will be a youth treatment facility,” Mertens said. “There’s a distinction.”

At the meeting, Mertens and Muhammad revealed the DHHS looked at more than three-dozen sites within Milwaukee County to host facilities for juvenile offenders and are recommending to state officials the authority to operate on the Mill Road properties.

“We looked diligently at over 40 sites,” Mertens said, noting that a number of the locales were ultimately ruled out for a range of reasons, many having to do with environmental concerns and flood plain issues.

The department’s scope was limited, Muhammad said, because the targeted areas had to be at least 5 acres, which is hard to find in many areas of the county.

“We believe (the Mill Road sites) both meet the criteria we’ve looked at,” Muhammad said.

County officials attempted to ease attendees’ concerns with their visioning, but several nearby residents continued to question why other areas of the city and county were not in the mix.

Resident Margaret Thorn, who lives on the northwest side, shared with attendees a scary experience she had with a burglary at her home and continues to deal with the after-effects.

Joe Donald, a judge on Milwaukee County’s children’s court, also was in attendance and said he favored the plan, but was sympathetic of Thorn’s experiences.

“When you’re the victim of a crime, it does hurt,” Donald said. “I’m also aware of how we treat people. I think it’s unfortunate we are afraid of our kids. We cannot arrest our way out of this situation.”

Throughout their presentation, Mertens and Muhammad shared their plans for the proposed facilities, which they said were aimed at giving juvenile offenders the tools necessary to become productive members of society as adults.

Not all youth would be eligible to attend the proposed facilities, based on the DHHS proposal.

As a county-run operation, with fewer resources than a statewide system, the operation would be for youth who have been part of lower crime classifications. Among them: battery, disorderly conduct, drug possession and certain types of theft.

Based on current circumstances, a total of 56 Milwaukee youth would fit the bill, based on the DHHS’ analysis, Muhammad said.

Aesthetics played a part in the discussion, but much of it focused around the programs and structure of the treatment programs.

Regarding the style of the buildings, Muhammad said, “We do not want something that looks correctional.” They will not have fencing, based on the proposal, he said, but will have security measures in place.

“Our goal is to have a school campus-like setting that offers security,” said Mary Jo Meyers, director of DHHS. “What helps kids heal? Adults — caring adults.”

The plan in motion, Meyers said, is to have one staff member for every five youth so the juvenile offenders in the county program receive the attention needed.