By young international choreographers. And you get to pick the winner. 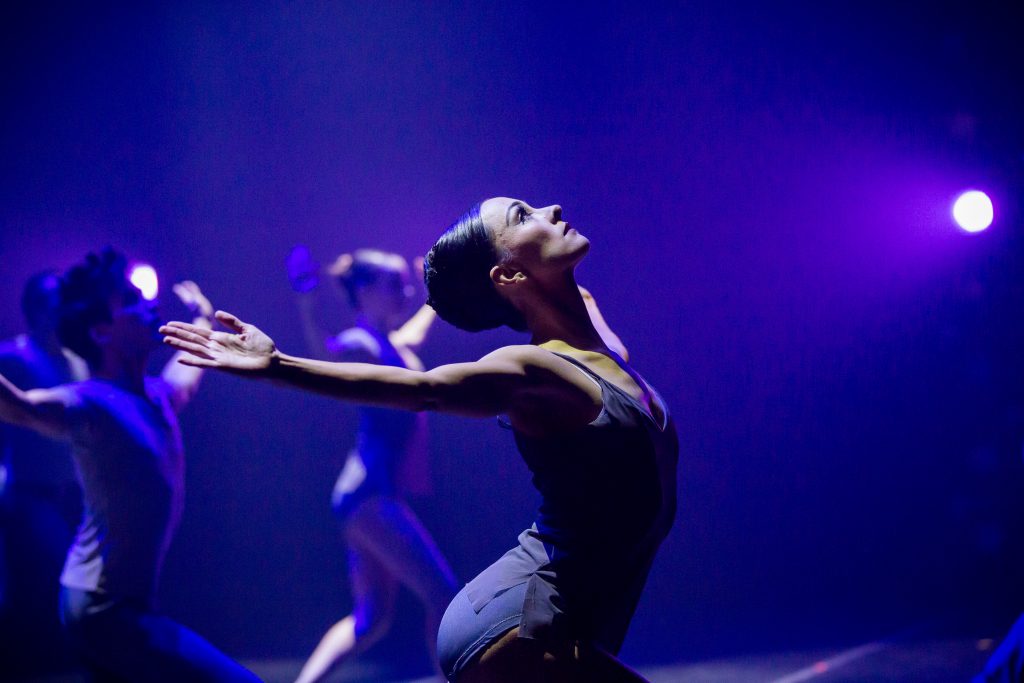 How often do you really get the chance to vote for the winning artist? Well, you’ll have the opportunity as the Milwaukee Ballet invites patrons to vote after viewing Genesis: International Choreographic Competition Feb 14-17 at the Pabst Theater.

Presented every other year, Genesis is the nation’s only choreographic competition to attract interest from international choreographers and allow them to create work with a professional company. Milwaukee Ballet created the competition to offer up-and-coming choreographers a highly coveted chance to make a leap forward in their careers.

“They’re in the second week of three works of rehearsal,” says artistic director Michael Pink. Unfortunately, they lost two days to the Polar Vortex, and that put the artists behind the eight-ball. “Mother nature is not helping us, but it won’t compromise the show,” Pink says. “It will add some pressure.”

And in a way, it’s all about performing under pressure. Pink and other judges reviewed 46 submissions from around the world and selected three finalists: Cass Mortimer Eipper (from Australia), Aleix Mane (Spain) and Kenneth Tindall (Scotland). Each finalist arrived and began their rehearsal process on the same day. The artists also drew the names of Milwaukee Ballet dancers out of a hat to determine their cast (four women and four men). The choreographers were given three weeks, a total of 90 rehearsal hours, to create a 20-minute new work.

Pink had to whittle down the submissions he felt were just not up to the task. “One of the criteria is you need to be a working professional,” Pink says. “We don’t want somebody who is going to ‘have a go,’ which we’ve had in the past. We take a broad look at what they’ve been doing in their careers, see if they have something to offer.”

Then came time for Pink to begin paring down the entrants to a short list. “Over the years you get pretty good at recognizing something interesting. Then we have to make sure the artists we select are actually available during this window of time.”

Each finalist has built a foundation of success overseas but will make their American debut with Genesis. Eipper has won choreographic competitions in Australia and Europe, and had his work featured on “So You Think You Can Dance-Australia”. Mane has won numerous awards throughout Europe, particularly the Netherlands. Tindall has had his work seen all around Europe, including a recent sold-out run at England’s famous Sadler’s Wells Theatre.

“Selections can be challenging but I don’t recall a time when we battled it out,” Pink says. “They’re all worthy. You’re looking to bring someone in that can build a relationship with the dancers under pressure.”

Pink is strictly hands-off when it comes to giving advice to choreographers. “You can tell when people are struggling, or if choreographers are not getting what they want. Some in the past have made a poor choice in music which caused the entire presentation to suffer.” Pink is quick to point out this is not so much a competition as a showcase of international talent and new thinking on dance.

“This is invariably a unifying experience and our dancers are so supportive,” he says. “I do hear their music all day long and get an idea of how things are going by looking at the demeanor of the dancers. You can tell it’s going well when they’re smiling and cheerful just as you can see when they’re not in sync with things.”

The winner of Genesis, as determined by a panel of high-profile figures in the dance world, will receive a commission to create another original work for Milwaukee Ballet in a future season. Audience members, too,  will cast a vote for the “Audience Choice Award,” with the winner receiving a cash prize.

Pink, a British native, has been artistic director with the company for more than 16-years. How he has lasted that long in a profession with a relatively high turnover rate is a mystery even to Pink. “I don’t know how I’ve remained so long,” he muses. “I think a lot of artistic directors stay because they’re in golden handcuffs. They sit quietly and go to fancy parties. I’ve had to work bloody hard to keep our company on track. I’ve worked with six general managers and directors, we’re moving into a new building and I’ve worked with a whole generation of dancers. They’ve all moved on to careers and families.” Milwaukee Ballet will be moving its headquarters to a new facility in Milwaukee’s Third Ward, the Baumgartner Center for Dance.

Pink believes he’s been able to move the needle a bit with Milwaukee audiences, helping to promote a fan base. “We produce very interesting works and I think that’s worked in our favor.”

Pink says he has a very open and honest relationship with his company, and that includes letting dancers know if they are not pulling their weight. “It’s a profession and they must treat it as such,” Pink says. “Some come in with the mentality that they’ve made it to a company and they can let up. Not while I’m here.”

His support staff helps Pink monitor the progress and work ethic of the dancers. “If you think giving less than your all is acceptable, it’s not. This isn’t the right place for you. I admit there have been a couple of times I saw something in a dancer, recruited them and later discovered it was a poor choice on my part.”

Genesis has a proven record of discovering bright young stars in the dance world. Past winners include: John Utans, Australia (2002), whose enjoyed an international career, creating new works throughout the United States, Australia, Hong Kong and Europe; Nelly von Bommel, France (2007), who founded her own dance company and was named one of Dance Magazine’s “25 to Watch”; and Timothy O’Donnell, Australia (2009), who became Milwaukee Ballet resident choreographer.

“It’s a gratifying show for me personally,” Pink says. “We get to watch three young choreographers practice their craft. And the audience will vote and help decide the winner of the evening. It’s so well attended and age ranges across the board. I also like the Pabst Theater as it has such an old-world feel which lends itself to the overall atmosphere. There is always a lot of excitement around the company and the city when we present Genesis. Our subscribers and patrons appreciate the opportunity to experience something new, something happening nowhere else.”