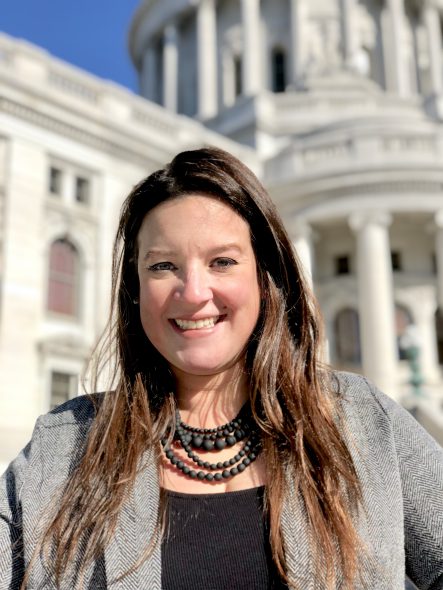 For the first time since Wisconsin become a state in 1848, a majority of those working in the Office of the Governor are women.

Democratic Gov. Tony Evers has women as his chief of staff and three deputy chiefs of staff, negotiating with Republicans who control the Legislature and are mostly men. In addition, he named Milwaukee Film executive Sara Meaney as state tourism director, and his transition chief was JoAnne Anton, director of Herb Kohl Philanthropies.

Evers, who had been state superintendent of public instruction, has also named a woman and the first African-American, Carolyn Taylor, to succeed him as chief advocate for the state’s one million school-age children.

“I think it’s a great thing,” said Gau, a veteran capitol aide who worked on President Obama’s 2012 campaign that won Wisconsin. She is a former aide to Democratic Sen. Janis Ringhand, of Evansville.

“Trusting women is something that he doesn’t just talk about,” said Gau.

Evers had a female chief of staff when he was superintendent of public instruction. “He empowers women,” Gau said. “This is something this governor really believes in.”

In remarks that drew applause, Gau said Evers is determined to “show women they can be a part of this process.”

Women will play key roles in decisions as the “pragmatic” Evers works on the top three issues that got him elected – expanding health care, more school aid and transportation funding, including mass transit systems, Gau said.

Gau is the first woman to be chief of staff since Susan Goodwin had that job for Democratic Gov. Jim Doyle, chief executive from 2003 until 2011. In an interview, Goodwin once observed that she had only one boss – the governor.

There are signs that women played a significant role in Evers win over Walker.

*By a margin of 60 percent to 43 percent, women polled disapproved of President Trump’s job performance.

The poll’s margin of error was 3.9 percent.

Overall, Franklin said: “As we’ve seen for some time, women are more positive to Democrats and men more positive to Republicans. The differences are larger for Trump than for Evers or for Walker, though not small in either case.

“Part of the gender difference is because women are more likely to call themselves Democrats and men more likely to say they are Republicans. However, women tend to have a more favorable view of Evers than men, even after controlling for partisanship.”

The last governor to negotiate big deals across party lines was four-term Republican Tommy Thompson, whose senior advisers included few women. Evers wants to do big deals relying on the advice of more women than men.

One thought on “The State of Politics: Evers Appoints Record Number of Women”