Less elaborate than its sibling North Avenue Grill, but the food is just as good. 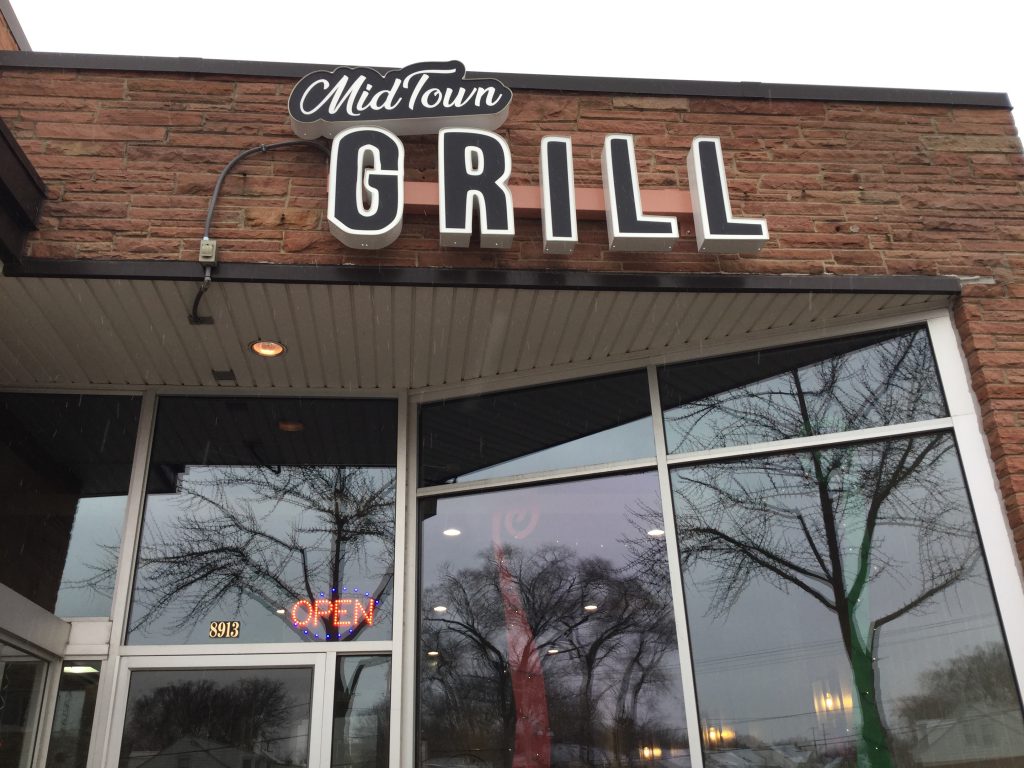 Before there were franchise restaurants, there were diners: small, casual, restaurants that served classic American cuisine, burgers, sandwiches, breakfast standards, or simply put, comfort food. The original diners had booths served by waitstaff, sit-down counters, and behind the counter, a flat top grill. Picture Edward Hopper’s painting, “Nighthawks,” and you have the quintessential vision of an American diner.

Wauwatosa’s MidTown Grill mirrors that Hopper painting, minus the street facing picture windows. MidTown, a sibling restaurant to the popular North Avenue Grill several blocks east on North Avenue, has a similar but not identical menu. For example, the Crispy Spicy Chicken in Buffalo Sauce Quesadilla is gone, and in its place, you’ll find that same crispy chicken inside a wrap with bacon and a choice of two sauces, ranch or blue cheese. Either way, that panko-breaded chicken is juicy and still crunchy.

On the MidTown’s abbreviated breakfast menu, they kept the Corned Beef Hash, from North Avenue Grill, a pile of potatoes mixed with a lavish serving of corned beef, a breakfast hash I have previously professed to be the primo corned beef hash in the city. I stand by that declaration. And it’s every bit as good at MidTown.

For Crème Brulee French Toast, a serious dusting of caramelized turbinado sugar crackled in my mouth as I bit into the thick, eggy, crusty bread drenched with the tart vitality of macerated berries. Add crème anglaise, and you have a breakfast, aka dessert, worthy of loud kudos.

The only discordant note I encountered on the breakfast menu was found in the Pork Belly Sweet Potato Power Hash. Only the pork belly in the hash let me down: it was undercooked, chewy, while the rest of the hash had a healthy vibe. I especially enjoyed the tiny sautéed pieces of sweet potato combined with shredded veggies, together topped with two scrambled eggs, a satisfying breakfast.

Also, on the breakfast menu, my companion’s Bacon Avocado Omelet more than satisfied her bacon craving, and, at her request, they made a two-egg omelet in place of the standard three.

Other robust breakfasts include five skillets made with three eggs and your choice of hand cut fries, fruit, or toast. Those Skillet choices include options like The Carnivore, Chorizo and Avocado, Chicken Sausage with Veggies, Huevos Rancheros, and The Irishman with corned beef, swiss cheese and hollandaise.

The lunch menu also offers fewer choices than the menu at North Avenue Grill, yet has everything you expect when you come to a diner for a quick meal.

From Lunch Shareables, the Reuben Rolls are corned beef wrapped in crisp wonton wrappers with swiss and kraut, which made a memorable, albeit unique, meal for one, me.  You could share those succulent rolls, then add a cup of Daily Soup or the Killer Tomato Soup, and you’d have a satisfying lunch.

A companion ordered the Cheesezilla and Killer Tomato Soup and found the savory soup hinted of both sweet and sour, nothing like Campbells Tomato Soup. The cheesezilla, your basic grilled cheese, combined three cheese to give it personality, smoked gouda, cheddar, and jack. This jazzed up toasted cheese sammie oozed with a perfect blend of smoked, sharp, and mild, creating a cheese-lovers cornucopia.

We found the MidTown Burger, a quarter pounder, a good size for a lighter appetite. If you want more meat, there’s always the double or the triple. The burger, like all the sandwiches and wraps, came with a choice of hand-cut fries, fruit, or Power Slaw. You can also have your burger with bacon and cheddar, bbq sauce and crisp shallots, with a fried egg and bacon, or topped with avocado, pepper jack, tomato, onion, and spinach. For vegetarians, there’s a veggie burger.

You won’t often find a beet salad on a diner menu, but MidTown has one, with greens, beets, avocado, cucumber, pickled shallots, and crispy prosciutto, dressed with champagne vinaigrette. Another salad, the 5 Grain Power Bowl, has the same veggie mix and sweet potatoes I met in the Pork Belly Hash, plus greens, avocado, beets, and pistachios, dressed with a balsamic glaze.

Because this is a small diner, you might have a short wait for a booth or a seat at the counter. On both visits, friends and I were treated like visiting royalty by the person in charge of seating customers. Our wait was brief, our service excellent. Next time I will remember to ask about dessert, because I missed the chance for Oreo Cheesecake, S’mores with vanilla ice cream and chocolate sauce, caramel ice cream with salted pretzels, or just an old-fashioned vanilla or chocolate shake. 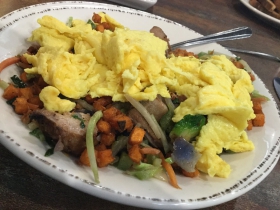 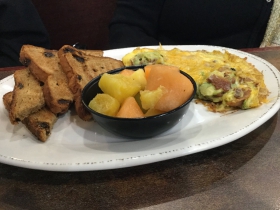 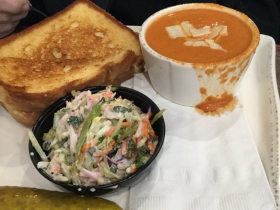 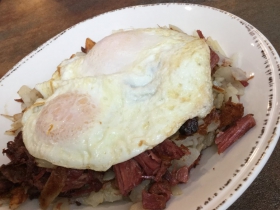 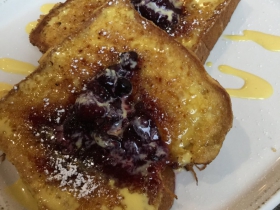 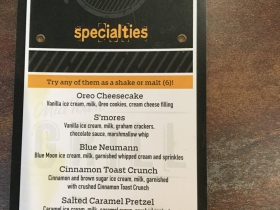 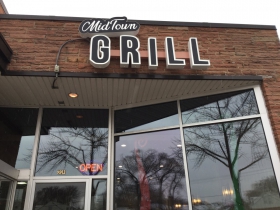 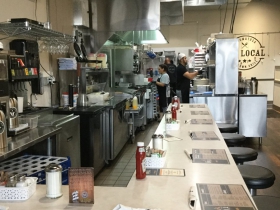 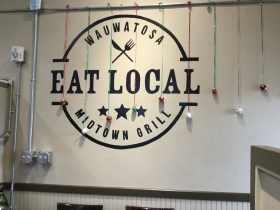