By Elizabeth Dohms-Harter, Wisconsin Public Radio - Jan 21st, 2019 11:11 am
Get a daily rundown of the top stories on Urban Milwaukee 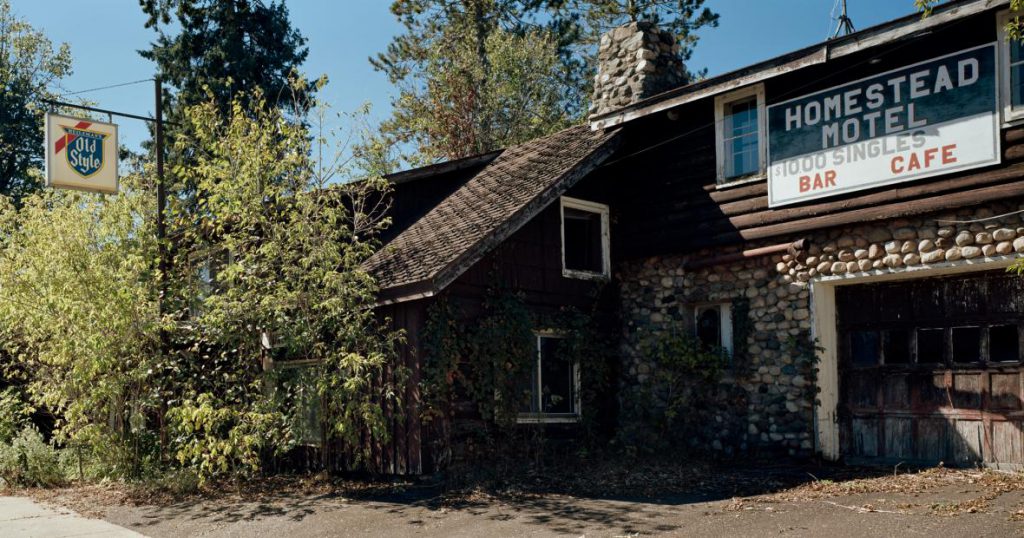 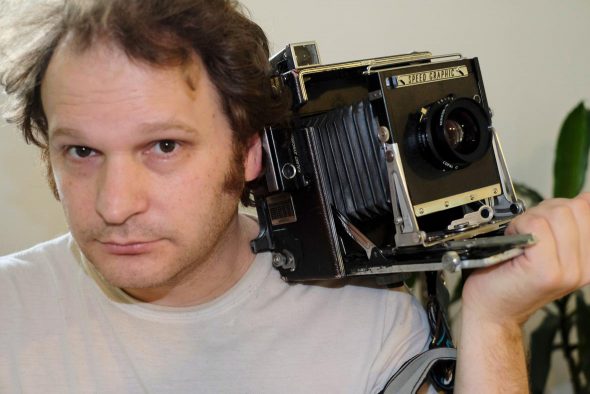 These sun-soaked remnants of the 1960s and ’70s have become the latest photography project, “Vintage Beer Signs of the Midwest,” for Praslowicz, a software engineer and photographer based in Duluth, Minnesota.

Praslowicz landed on the idea of photographing vintage beer signs in the fall of 2017 with a high-resolution panoramic film camera.

Although similar projects from other photographers have captured the signs up close, Praslowicz wanted to frame the signs in their environments — a dangling Pabst Blue Ribbon logo jutting out above a sidewalk along a downtown Antigo street or the forested backdrop of Doorn’s Inn in Barnes.

“I like to take a subject, get a wide lens, back off a little bit and present it among its environment to get a whole picture of where this thing exists at the moment,” he said in a video explaining the project.

Praslowicz grew up in a bar that his grandfather opened in the 1940s, Chet & Emil’s in Birnamwood, known for their chicken and bowling, he added.

Outside of his bedroom window were signs for Pabst Blue Ribbon and later Old Style.

But those signs aren’t there anymore, having been taken down after the fluorescent lights wore out.

2-D’s On The Avenue in Antigo was photographed in September 2018. Photo courtesy of Kip Proslowicz

It’s not rare for Praslowicz to stumble upon locations he found on Google Maps, only to find the vintage signs have been replaced or removed altogether.

Such was the case at Higgins Lakeview Lodge Bar & Grille in Solon Springs, where Praslowicz drove up to find Pabst Blue Ribbon vintage sign replaced with a modern advertisement for the bar and grill.

He happened to catch a glance of the other side of the sign through his rear-view mirror as he drove off, and noticed it still carried the vintage logo.

It’s even tougher to find signs in urban areas, as building upgrades and renovations have taken over and relegated vintage signs to old photographs and memories.

Praslowicz relies on a Google map he created of areas where vintage signs are still eking out a presence. He uses the search engine’s street view option to catch a glimpse of whether there’s a sign on that tavern building or bowling alley entrance.

He has help from friends, too, who keep their eyes peeled, and he gets submissions.

So far, he’s identified 400 locations throughout the Midwest, mostly in Wisconsin. He’s not done, he said, noting he has more canvassing to do in southern Wisconsin or Northern Illinois.

“Although I market the project as being about these signs, it’s actually about the towns, the roads, the rural areas where these signs exist, and there just there to give it some unity,” he said.