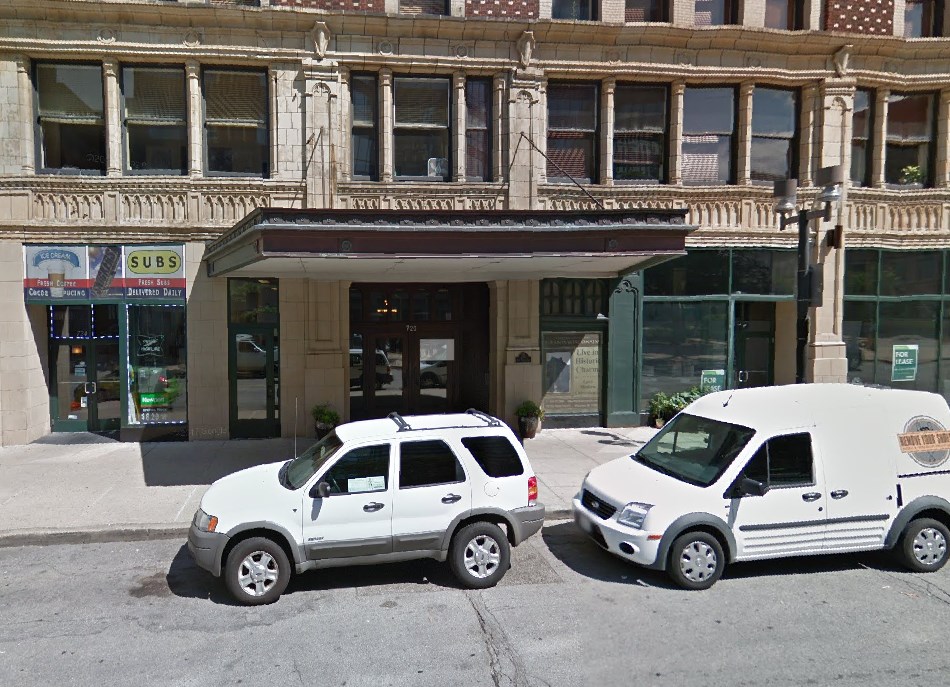 A new coffee bar is slated to open at 720 N. Old World 3rd St., occupying the 1,200-square-foot retail space inside Hotel Wisconsin. Husband and wife Emily and Colin Whitcomb plan to have their new venture, called the Canary Coffee Bar, open by late spring or early summer. The Whitcombs hope to use Canary Coffee to create an experience “not unlike a craft beer bar,” for their customers.

The couple explained their vision to OnMilwaukee’s Lori Fredrich:

“Where they offer is a range of beer styles, and regardless of what you’ll like, you’ll find something … Our goal is to have knowledgeable staff who can really help you choose something you’ll enjoy. It’s about engaging customers with coffee on another level,” [says Colin].

At the same time, Emily notes, Canary Coffee Bar will also be a place that welcomes coffee drinkers of all types.

“If you just want to come in and have a cup of coffee, that’s great,” she says. “We’re not going to insist that you have this really intense experience. But we think there’s an audience of people in Milwaukee who really do want something more.”

Once open, the coffee bar will offer eight to 10 types of coffee from different roasters nationwide. Colin Whitcomb says the offerings will vary widely in terms of flavor, and that they will be serving custom roasts in partnership with Michigan’s MadCap Coffee and Snowdrift from Illinois. Construction on the space is set to begin in about a month.

The owners of Taqueria Buenavista have launched a new restaurant and banquet hall, called Buenavista Banquets & Restaurant, at 7507 W. Oklahoma Ave. Owner Enicacio Sanchez and his children, Alejandro, Leonardo, Ruben and Lizbeth, operate the Taqueria Buenavista restaurant (6000 W. Burnham St.) along with food trucks located at Chase and Oklahoma avenues, 108th and National Avenue, and 92nd and Greenfield. The family owned a second restaurant at 3447 N. Forest Home Ave., but closed it over the summer to concentrate on the new venture.

The Banquet hall can be booked for weddings and specials events, with room for about 250 people. The Buenavista Restaurant has seating for about 70 people, and offers both new and old dishes. OMC’s Fredrich offers more details:

[T]he menu has also been expanded to include a number of items including tampiquena, steak or grilled chicken served alongside a cheese enchilada, onions and roasted banana pepper ($13); carne zamorra featuring bistec or pechuga served with frijoles de la hoya ($13); and mar a tierra, steak served with grilled shrimp and tilapia ($15.75).

While Buenavista Restaurant held a soft-opening about two weeks ago, a grand-opening celebration is planned for January 18. The restaurant is open 10 a.m. to 11 p.m. Sunday to Thursday, and 10 a.m. to 12 a.m. Friday and Saturday. Inquiries for the banquet hall can be made by calling (414) 573-2918. 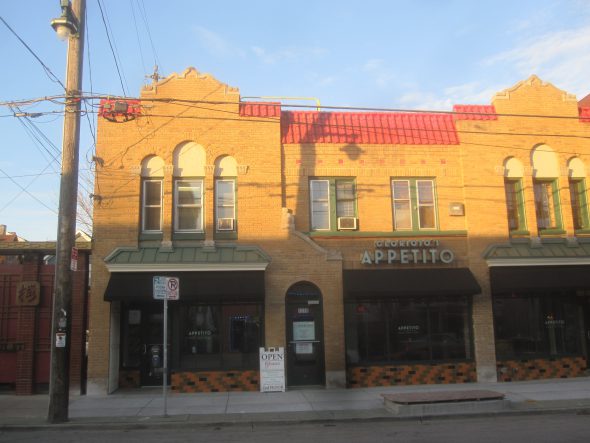 The owners of Glorioso’s Italian Market (1011 E. Brady St.) will open their new event space and cooking school, Glorioso’s Appetito, later this month. A friends and family event will be hosted on January 18, and the first cooking class will be held on January 26. Glorioso Appetito will be adding breadsticks and whole grain breads to its product list, and will also sell baked goods and espresso in a small storefront.

Glorioso’s Italian Market is currently owned by Ted and Rosemary Glorioso. Ted Glorioso and his brothers, Joe and Eddie, originally founded the market in 1946. Ted and Rosemary’s son, Michael Glorioso, serves as the store’s general manager.

Urban Milwaukee writer Michael Horne offered a sneak preview of the unique new place. Michael Glorioso gave him a tour and noted that “Appetito is a platform to bring people together for food and beverage.” The facility is composed of three elements, he noted:

Eventually, a bakery will also open in the building, which will serve Glorioso’s cannoli, tiramisu, Italian cookies and bread, among other items.

The first public event at Appetito will be “Risotto and Beyond with Chef John Coletta,” to be held Saturday January 26th at 11 a.m. The $55 event will include a cooking demonstration, a book signing and a sampling to follow. Coletta, of the Quartina Ristorante & Wine Bar in Chicago, is the author of Risotto & Beyond. 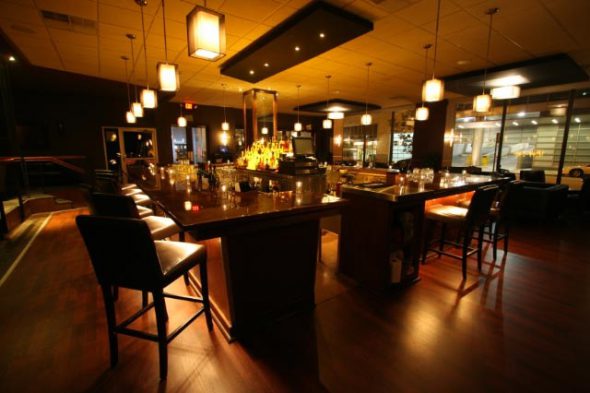 Whiskey Bar will close next month after operating for 10 years at 788 N. Jackson St. The bar’s final day of business will be February 2. Until then, Whiskey Bar will only be open on Fridays and Saturdays.

The redevelopment of the building, which is owned by Van Buren Management, seems to be the only reason the bar is closing. “We have been the only tenant in this building at 788 N Jackson for 10 years and knew someday this building would be razed and there will be an incredible development opportunity at this location which we hope to be part of in the upcoming year,” Vitucci’s post reads. That project will be unveiled “soon,” he added. In a phone interview with Urban Milwaukee, Vitucci said that he could not speak to the property owners’ future plans for redevelopment, and declined to give more details outside those given in the Facebook post. Dan Lee, Vice President of Van Buren Management, did not respond to questions sent by email.

After five years, the Hōm Wood Fired Grill (5750 N. Port Washington Rd.) location at the Bayshore Town Center will close on Sunday, January 20. The restaurant is owned by SURG restaurant group, which announced on Friday that it would not be renewing its five-year lease.

SURG will focus on its downtown venues, the announcement says. The group also owns Carnevor Steakhouse Moderne, Gouda’s Italian Deli and Bugsy’s Back Alley Speakeasy, SURG on the Water, The Garden and Lucid Light Lounge…

SURG previously operated a second location for Hōm Wood Fired Grill at 17800 W. Bluemound Road in Brookfield. That location closed in 2016 after the group, co-owned by Michael Polaski and Omar Shaikh, decided not to renew the business’ lease.