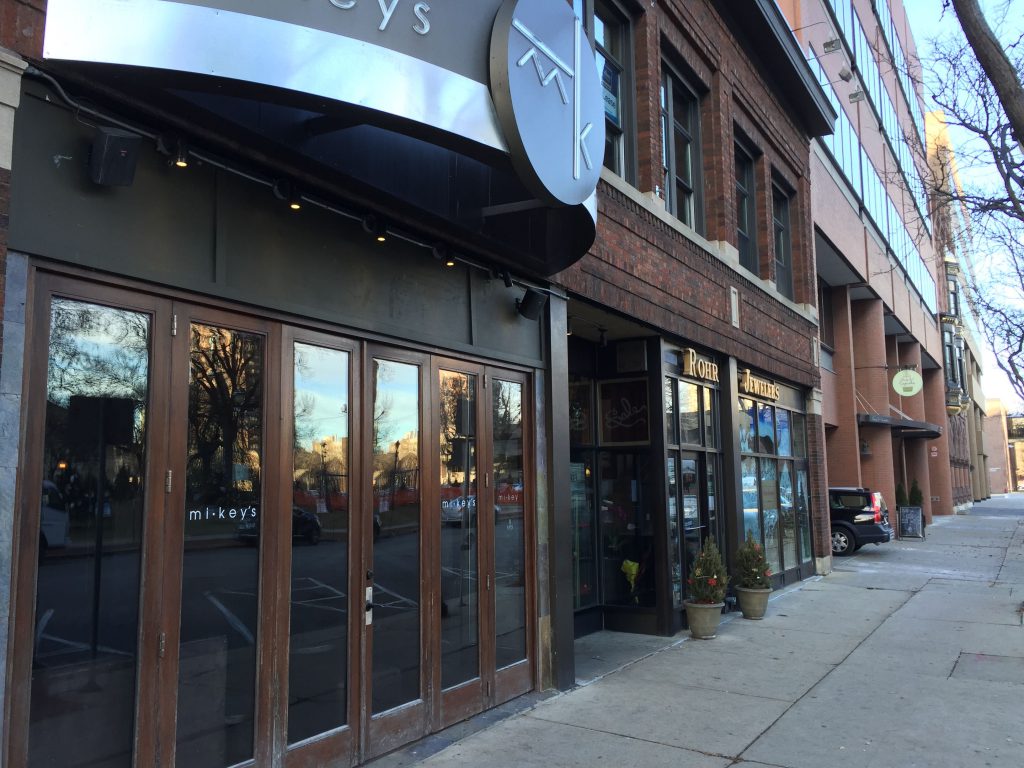 The Cathedral Square establishment had its last regular day of business on December 16, according to a Facebook post from one of its bartenders. “Mikeys will be no longer open after today, so let’s party one last time,” the post reads.

Mi-Key’s did not make an official closing announcement on its social media. However, its website states that the bar will only be open for a special event on Saturday, December 29th and for New Year’s Eve on December 31.

Mi-Key’s is owned by SURG Restaurant Group LLC. The group’s president and co-owner, Omar Shaikh, says he is not directly involved with the operation at Mi-Key’s and could not give any details about the closure or future plans. A SURG representative that is directly involved with Mi-Key’s could not be immediately reached and has not returned Urban Milwaukee’s request for comment.

In May, it was announced that Shaikh will be helping curate the 3rd Street Market Hall, a new food hall located in the former Shops of Grand Avenue (275 W. Wisconsin Ave.). Once open, the food hall will have 20 vendors, a number of which have already been announced. Last week, Urban Milwaukee’s Jeramey Jannene reported that the sushi and Asian-fusion restaurant, Umami Moto, would be making its return as one of 3rd Street Market Hall’s vendors. SURG ran Umami Moto until it closed in 2015, after which Carnevor, another SURG establishment, took over the 718 N. Milwaukee St. space. Construction on the food hall will follow the closure of the mall, which is slated for early 2019.

One thought on “Mi-Key’s Has Closed”