The Best BBQ In Town?

Double B’s BBQ in West Allis can compete with any other such restaurant in the area. 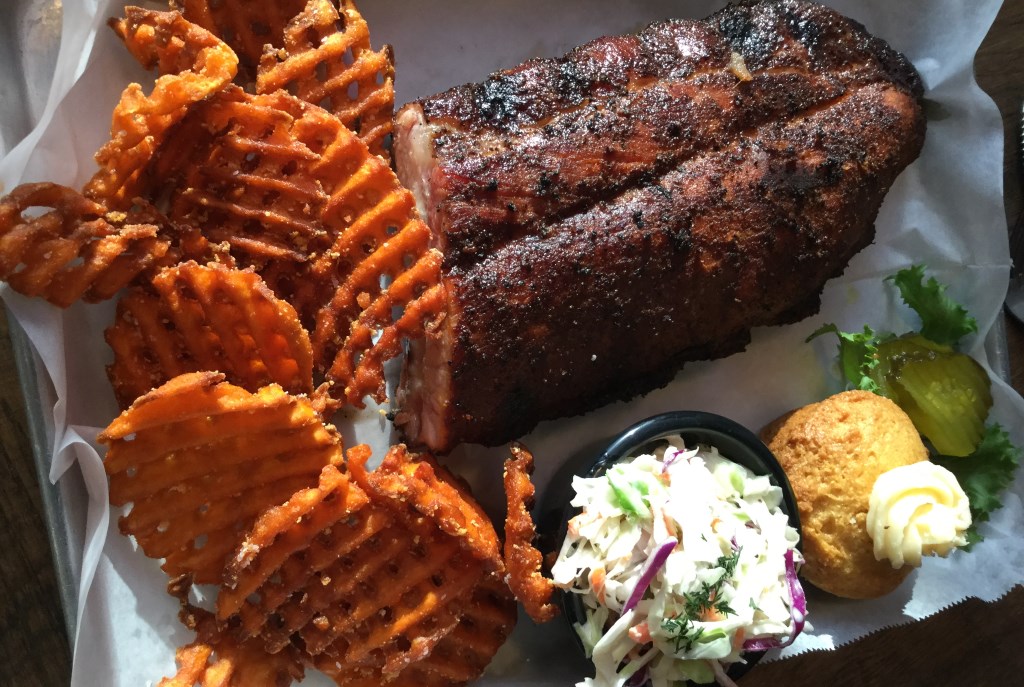 Double B’s BBQ Baby Back Ribs, with sweet potato fries on the side. Photo by Cari Taylor-Carlson.

If you haven’t been to Double B’s BBQ, you’re missing some pretty darn good smoked meat. This cozy, quaint, pub/restaurant on Greenfield, a West Allis gem, deserves loud kudos for their hickory smoked pork, chicken, brisket, wings, ribs, and even the ice they use for the Smoked Ice Barrel Aged Cherry Manhattan.

On my first visit, I started with the Smoked Bacon Balls advertised on the sandwich board in front of the restaurant. They were everything a bacon lover could hope for. A hint of bacon mixed with the meat, and a big crisp slice wrapped around the outside of the meatball, left no doubt this deep-fried appetizer was all about bacon. They served six meatballs with a blue cheese sauce and a sweet-sour Thai dipping sauce. Both sauces were outstanding, but like gilding the lily, not really necessary. 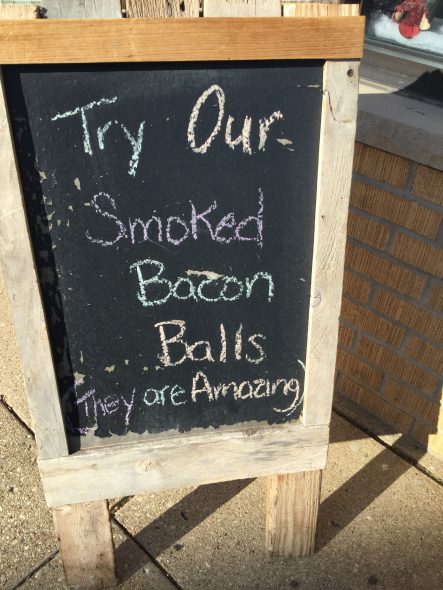 Pulled Ham, a frequent special, left me in awe of what a good chef can do with a smoker. Our excellent server, Jenn, said the ham spent 22 hours in the smoker, longer than any of the other meats on the menu. There’s an art to this along with some precise timing. For example, at 225 degrees, pork butt needs 14 hours, brisket 13 hours, ribs four-and-a-half and chicken three. Those 22 hours that my plateful of ham spent in the smoker may explain the tender flavorful meat I devoured along with a blend of sauces, Texas, and Carolina, a zesty vinegar-mustard mix.

You can order Brisket Burnt Ends three ways, a plateful from Starters, in a sandwich, or as my companion did, on a platter with cornbread, coleslaw, and a side, Mac N Cheese. Haystack onions on top of the pile added extra pizzazz to the ends, chunks of brisket so scrumptious they needed only a fork and a healthy appetite.

Crunchy coleslaw, the traditional sidekick served alongside BBQ, had a gentle kick, possibly Sriracha, while creamy Mac N Cheese obviously did not come from a box. You could double that cheesy side portion and almost call it a meal. Savory cornbread, a small muffin, had serious corn flavor, enough that the dollop of honey butter on top was superfluous.

Baby Back Ribs, with sweet potato fries on the side, had the obvious pink BBQ ring under the char on the bone, a telltale sign that someone knew how to smoke ribs to perfection. They had enough fat, but not too much; they were juicy but not falling off the bone tender; they stood on their own without a need for sauce thanks to a dry rub that seasoned the meat. Sweet Potato Fries, thin, cross cut, crisp, were well worth the additional 50 cents.

On a second visit, my companion went whole hog and ordered the Rib and Meat Combo, a half rack of baby back ribs and a choice of meat. She ordered Pulled Pork, a five oz. serving, according to Jenn, that like every meat on the menu, could stand by itself without the addition of sauce. She found the daily vegetable, creamed spinach, meh, the lone meh on the menu.

My sliced brisket, six thick slabs of moist tender meat tasted of smoke that had permeated the meat, despite the fact that it was so lean.

Because every meat we tried didn’t need anything else to improve its meaty essence, it presented a conundrum, to sauce or not to sauce. Each of the four sauces, Milwaukee, Bold, Picante, and Carolina, all made in house, had their own distinctive character. If I had to pick a favorite, it would be the picante, made with habanero, with its perfect balance of piquant heat and sweet rich flavor.

All the aforementioned meats can be ordered as a sandwich served inside a brioche bun. Also, on the sandwich menu: burgers. If you crave a super burger with a supersized portion of meat, order the Double B Burger, with cheddar cheese, haystack onions, topped with brisket or pork.

Any day of the week you’re likely to find a crowd at noon — and evenings, I’ve heard. They take reservations which might be wise if you’re pressed for time. One thing was clear to my companions and me, Double B has a well-deserved reputation for some of the best BBQ in Milwaukee. It might be the best. Pair that with friendly servers who hustle and you get a meaty recipe for success. 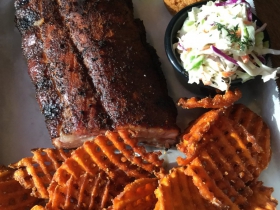 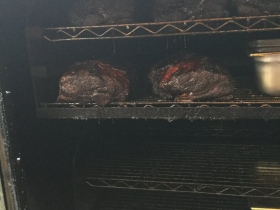 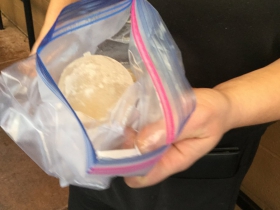 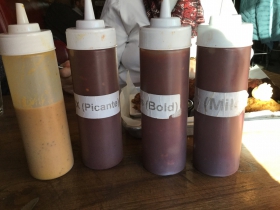 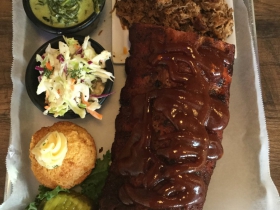 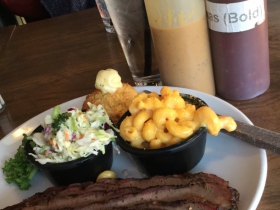 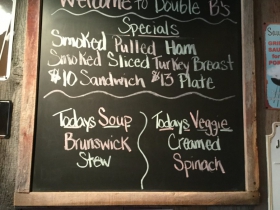 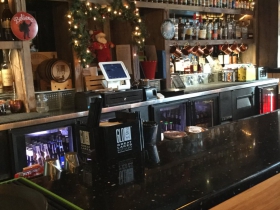 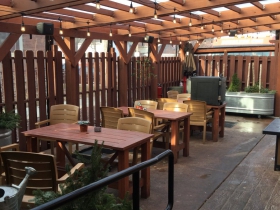 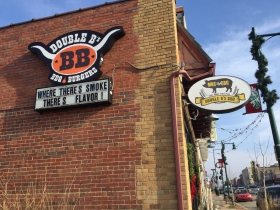 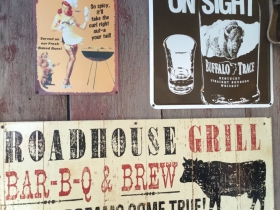