The Remarkable Tenure of Fred Risser

Now 91, he’s served 62 years in the Legislature as its greatest proponent of open government. 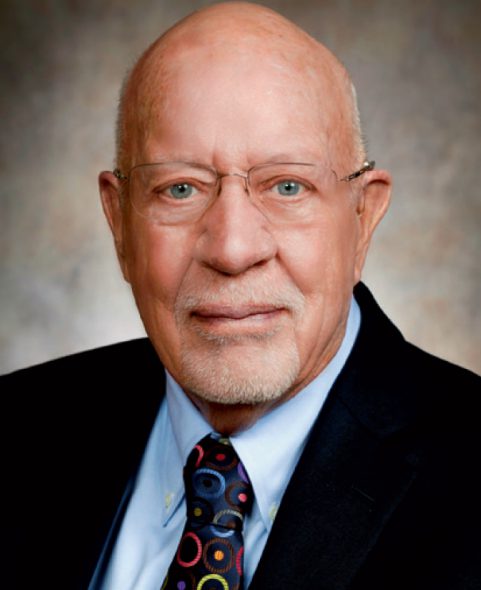 Fred Risser. Photo from the State of Wisconsin Blue Book 2017-18.

If I had a mentor in the State Senate, it would be my colleague from Madison, State Senator Fred Risser. He and I share a head for details, a dedication to the legislative process and a love of western Wisconsin. He often traveled to his grandparents’ farm near Fountain City. “I like that country. I would climb the bluffs and look out for rattle snakes.”

Senator Risser is the longest serving Legislator in the United States. He was born in 1927 and first elected to office in 1956 and elected to the state Senate in 1962.

At 91, Senator Risser has one of the sharpest minds in the Senate. He understands aspects of bills only a lawyer with vast legislative experience would know. I frequently turn to him to understand the breadth and background of bills. He often finds details hidden in the bills that I overlooked.

During our recent 21-hour long Extraordinary Session floor debate, I asked Senator Risser why no bills were officially before us and no one provided any material regarding what we were voting on. He reached in his desk and pulled out his copy of the Senate rules. He flipped through a few pages and said, “Look at the rules they [Republicans] made up. They don’t even have to give us a Senate Calendar.”

Senator Risser is an energetic and passionate man. Only last week, as the current Senate President expelled all observers from the Senate gallery, Senator Risser was the first lawmaker to jump out of his seat and plead with the current president to allow citizens to stay and watch.

Senator Risser believes the Legislature’s business belongs in the public eye. “As President of the Senate and head of [the Committee on] Senate Organization, I insisted that everything be done in public. One time, [former Senator] Tiny Krueger was in the hospital and we took the Committee there.”

Over the years, Senator Risser watched as public hearings became less and less about the public. All too often, adequate public notice is not given and voting happens without the public watching. Senators will vote using a process of “paper ballots” filled out in the privacy of their offices. This was the process used by Senate Republican Leaders to approve last week’s extraordinary session. The business of the Senate has certainly changed.

Politics is in Fred’s blood. “From the day I was born, I knew I was going into political office,” he told me. “Politics was a matter of supper time conversation.” He reminisced about hitchhiking to Chicago to catch President Franklin D. Roosevelt at a rally in Wrigley Field. “I’ve met them [US Presidents] all since,” he told me. “But I have not met Trump.”

Senator Risser shared with me a photo showing four generations of his family in the Wisconsin Legislature. “Four different political parties,” he explained. “My father was the last member of the Progressive Party,” he said “That’s because he held office two years after the party disbanded. … My great grandfather served in the Civil War. He shattered his arm and had it amputated on the battlefield. He was later elected as a Unionist.”

One thing Senator Risser and I share is a bit of a rebellious streak, especially when it comes to leaders who want to twist arms. I asked Fred how he dealt with finding common ground among Senators.

“When I was Minority Leader I created a Committee on Committees,” Senator Risser described. “We had three senior Senators who would make decisions with a consensus. Members accepted this. We had different senior members after every election. This worked out well. Members would contact the committee if they wanted a chairmanship. It wasn’t a one-man ballgame.”

He became Senate Minority leader because “no one else wanted the job.” Working with the consensus of his colleagues, he noted that “we were able to function well.” Among Senator Risser’s numerous achievements is the creation of the role of Senate President – the presiding officer of the State Senate. He led the effort to amend the state Constitution with the help of rural newspapers.

I had my share of injuries and illness during my Senate career. But Senator Risser bragged to me that he never missed a Senate roll call vote, “except maybe when we went to Illinois. I think they expunged those records.”

Part of his secret to a long and healthy life is exercise. He takes the stairs every day to his Capitol office. “I’ve never taken an elevator as Senator. That includes when I once was on crutches,” he said. “Walking up and down steps is good for you.” Senator Risser is also an enthusiastic bicyclist and rode a total of 2,825 miles this year. He has a tradition of biking for his birthday. He rides one mile of every year of the age he celebrates, which was 91 miles this year, and he shows no sign of slowing down.

Thank you, Fred, for your service to our state, your help and inspiration. Even after twelve years, next to you, I’ll always be a rookie.

2 thoughts on “Op Ed: The Remarkable Tenure of Fred Risser”