Apartment building being constructed on site between Ogden and Brady. 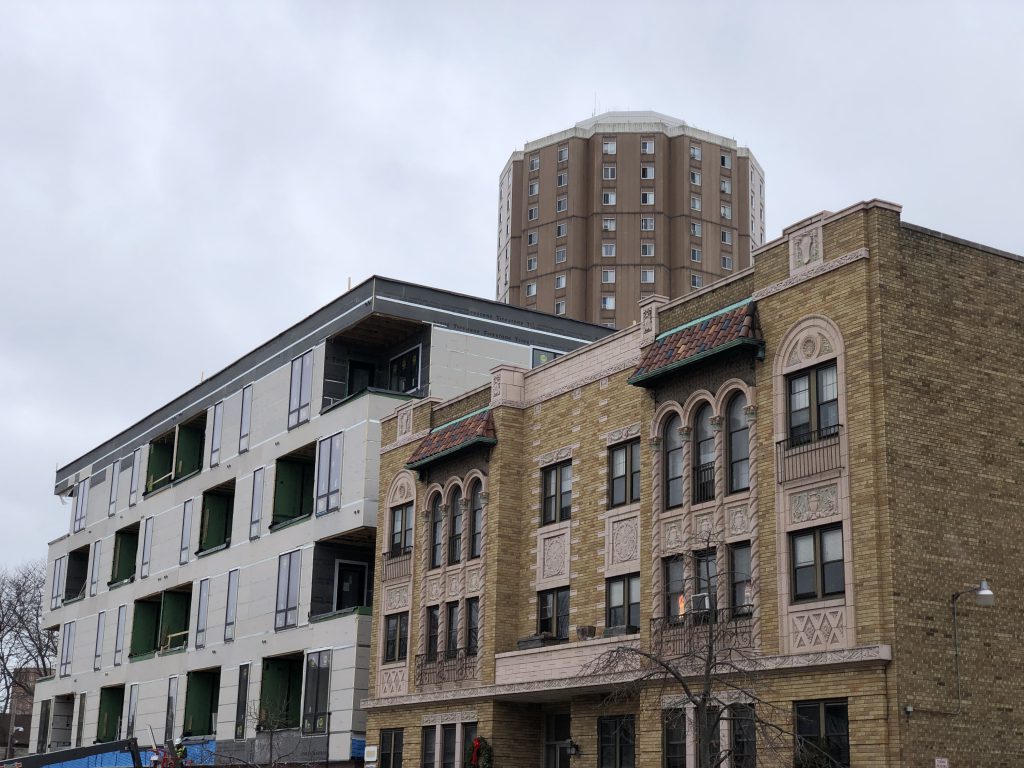 Meet The Easton, a five-story, 96-unit apartment building being constructed just south of E. Brady St. on the city’s Lower East Side.

The market-rate complex is being developed by Klein Development, Inc. on a lot at 1632 N. Franklin Pl. The lot, which city records list at 43,560 square feet, was the site of a long-closed Boys Club that was demolished in 2016. The development team’s affiliate, KC Franklin Partners LLC, acquired the site in August 2015.

Monthly rents are not available online, but during the design approval process they were projected to range from $1,500 up to $2,000 according to a project representative. The building will contain a mix of studios (24), one-bedroom (64) and two-bedroom (32) units according to documents submitted to the city, though the building website only lists one and two bedroom units.

The leasing website, operated by management firm Founders 3, touts a range of amenities from a yoga room and “commercial quality fitness center” to a “large patio in every unit” and extra large closets.

Residents will lease units in the building as much for what’s outside of the building as what’s inside of it though. It’s located a block from E. Brady St. and everything the East Side main street offers. It’s also just two blocks from the eastern end of The Hop and a number of bus routes, should the 20-minute walk to Downtown prove too long.

The project, which originally started out with a plan for a much larger building, required a zoning variance from the city.

Area Alderman Nik Kovac, who at one point during the approval process called the project “adventuresome architecture,” noted that when the developers originally approached him and the Department of City Development, they were seeking a 14-story tower and that the developers could have made a reasonable case to be granted a building of that height.

The proposed building is next to a city-owned senior housing high-rise that is approximately 24 stories tall, yet within a neighborhood that includes a number of structures that are four stories or less.

But the developers opted not to pursue the tower and came back with a building that was 10 stories tall and 140 units, ultimately cutting that to five floors after meeting with local stakeholders. A zoning variance was approved in May 2017.

The 157,000 square-foot development is estimated to cost approximately $20 million to build.

The building will include a substantial amount of parking. Plans call for 133 stalls split over the first floor and an underground level, providing a ratio of 1.39 stalls per unit.

The The Easton is far from the only Klein-Cataldo project underway. The partners are redeveloping the former Park East Hotel into apartments on E. State St. They also have proposed a high-end apartment building for the northeast corner of N. Oakland Ave. and E. Locust St. 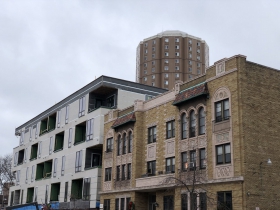 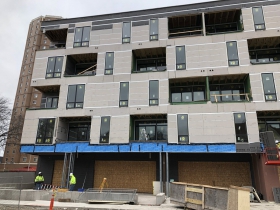 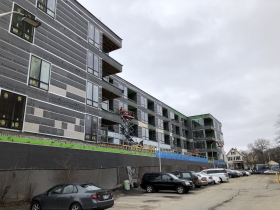 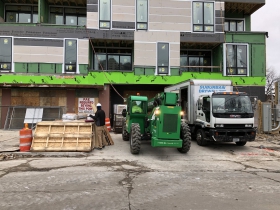 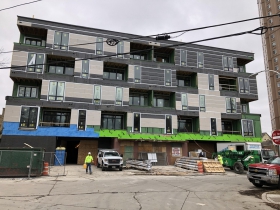 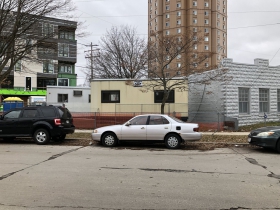 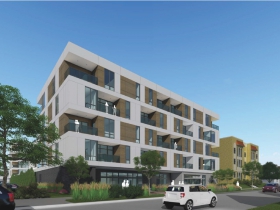 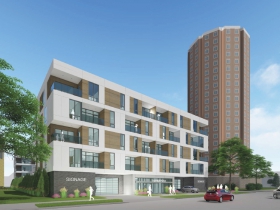 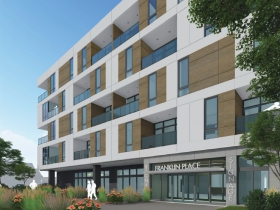 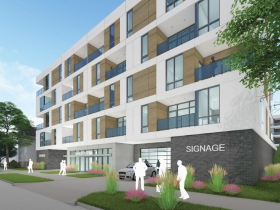 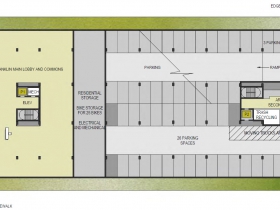 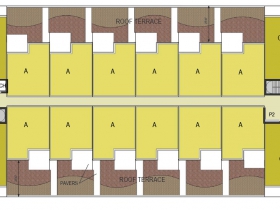