But Wisconsin congressman not so sure about Trump’s idea of shutting down government.

By Rich Kremer, Wisconsin Public Radio - Dec 15th, 2018 05:46 pm
Get a daily rundown of the top stories on Urban Milwaukee 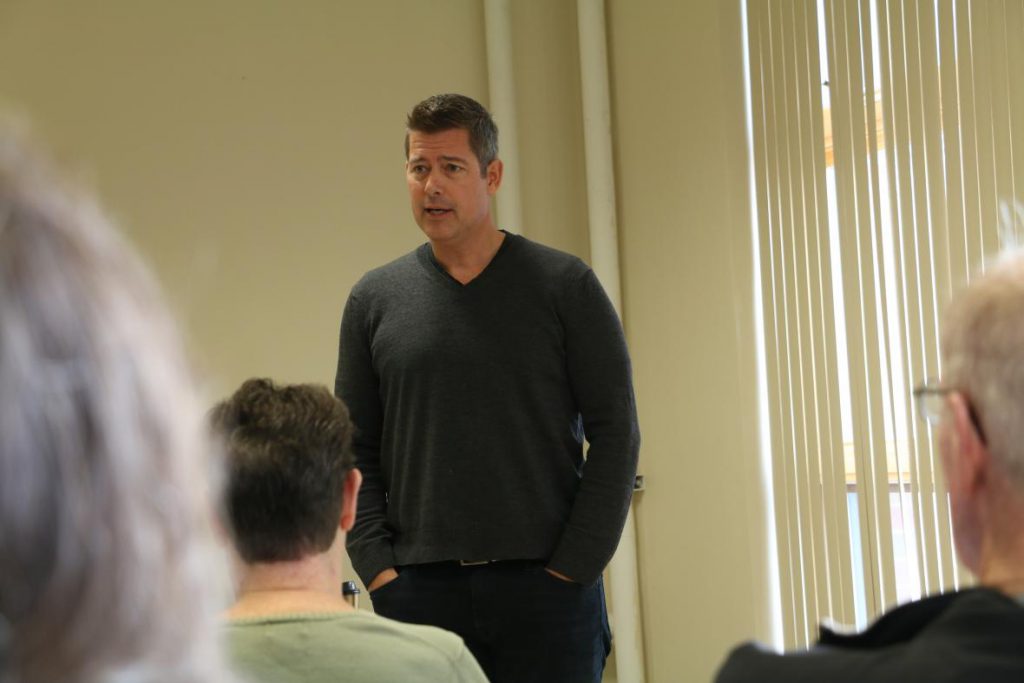 U.S. Rep. Sean Duffy says he’s hoping to avoid a federal government shutdown in order to get funding for a border wall with Mexico, but President Donald Trump‘s threat to do so shows he’s willing to fight to secure the border.

However, border security came up during Friday’s event as the issue has dominated headlines this week. During a heated press conference on Wednesday with U.S. Senate Minority Leader Chuck Schumer and U.S. House Minority Leader Nancy Pelosi, Trump threatened to shut down the government in order to get $5 billion to build a wall along the border with Mexico.

Duffy said he supports building the wall, but stopped short of supporting the president’s strategy.

“I don’t know how this is going to play out. I want to keep the government open, but I also want to secure our border,” said Duffy. “Border security including, partially a wall, isn’t the sole answer, but this goes a long way to make it more challenging for people and illegal drugs and guns from getting into America, and I think that is positive.”

If Congress and the president can’t agree on a plan to fund some federal agencies, including the U.S. Department of Homeland Security, those agencies will shut down next week.

As a presidential candidate, Trump promised that Mexico would pay for the border wall.

One thought on “Duffy Supports Funding for Border Wall”