Story of a Prisoner’s Daughter 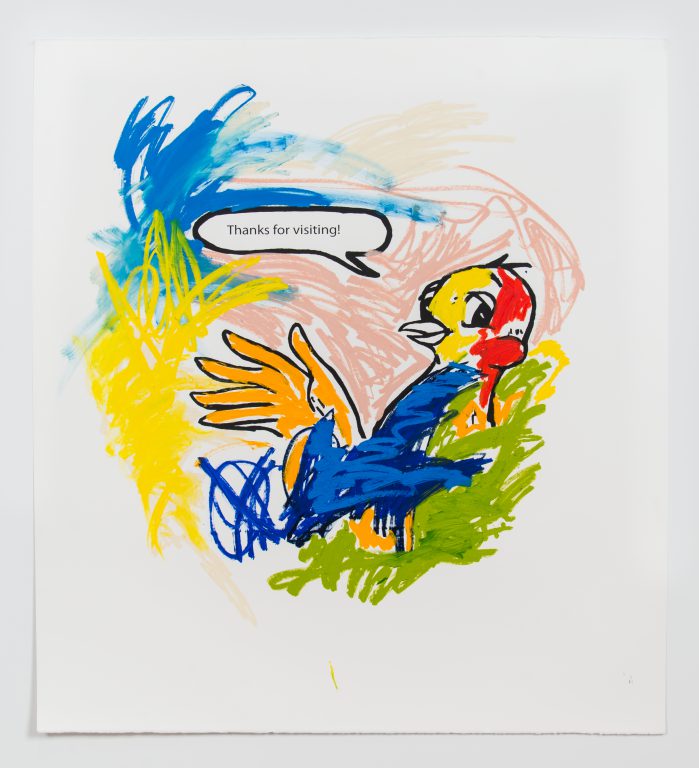 Milwaukee is no stranger to the issues of race and incarceration. According to a 2014 report from WUWM, the zip code 53206 has a population that is 95-percent black, and most of the black males living there were in prison or had previously been incarcerated.

While artist Sable Elyse Smith hails from New York, the depiction of the prison experience in her show, “Ordinary Violence,” at the Haggerty Museum, is one that transcends state lines and finds powerful relevancy in Milwaukee. At its center is Smith’s relationship with her father and his 19 years in prison.

The multimedia pieces constantly teeter between innocence and violence, creating a dreamlike, and sometimes nightmarish, evocation of Smith’s memories.

The first piece I encountered was 7666 Nights–Falling (2017), a small print photo engulfed by a large black background. The photo, taken in a prison, shows a child sandwiched between two adults. An image of a waterfall covers their faces, perhaps an attempt to replace a traumatic memory with a calm image. But the size of the photo compared to the expansive black background suggests serenity is out of reach.

Next, is Untitled (2017), for me the most striking image in the show. The wall-mounted acrylic features black, all-caps text against the white of the wall. Forming a square, the text describes the process of bringing items into prison on a visit. Most powerfully, the words describe the feeling of bare feet on concrete, a harsh feeling that is immediately vivid and recognizable to many.

Landscape II (2017) illuminates the next room with neon. The words “Planking or the lying down game” are in white and underlined by yellow light. The piece references “planking,” a game now popular where participants lie face down in strange places. For some, the act of planking makes a flat body humorous. But Landscape II makes on think of a flat body as something related to violence or brutality.

Four screen prints of children’s coloring book pages adorn the opposite walls. The first two are titled Coloring Book 7 (2018), and the second two are Coloring Book 12 (2018). Most of the pictures are neatly colored in, but random scribbles and writing draw the viewer’s focus. One page of Coloring Book 12 shows a waiting room full of people. The phrase “lots and lots of people are waiting,” is underlined in bright red crayon. The same red line also crosses out the world “Friendly,” which is part of the name “Judge Friendly.” Smith’s inclusion of particular pages suggests they are true reflections of how she felt visiting her father when she was younger. I wonder it even as a child, Smith chose to scribble with red to portray her own anguish.

swear it closed, closes it (2018) looms toward the end of the show. Aluminum tables and chairs are formed into a 14 foot-tall arch, representing the metal detectors Smith repeatedly had to walk through during visitations. This isn’t the first piece that references arches. Coloring Book 7 is a picture of a maze, which has metal detectors at its end. At the bottom of the picture, the word “Arches” is scribbled in red crayon. The repeated references to the arches is haunting, and the sheer height of the metal arch makes the viewer feel small, both physically and emotionally.

Two videos can be found throughout the show. Untitled: Father Daughter Dance (2013-17) and Men Who Swallow Themselves in Mirrors (2017) provide darker insights into Smith’s experiences. Placed at the end and beginning of the show, respectively, the videos ground the other, more abstract pieces and bring them back down to earth. Amid the bright and cartoonish, the videos provide a dose of stark reality.

Every piece in “Ordinary Violence” is essential to its daunting message. The childlike aspects are vital in humanizing the prison system because they show the effects beyond the inmate. The more foreboding pieces drive home the distress experienced by both inmates and their families. The mix of materials works together to provide an unforgettable rendering of heartbreak. 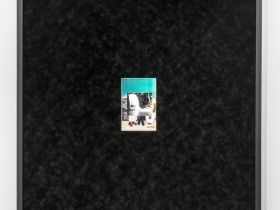 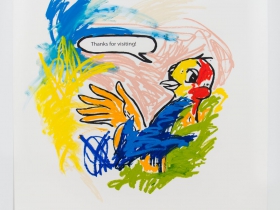 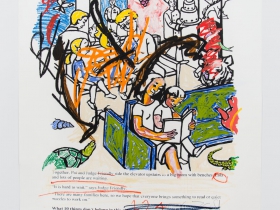 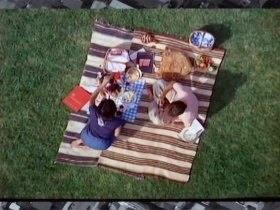