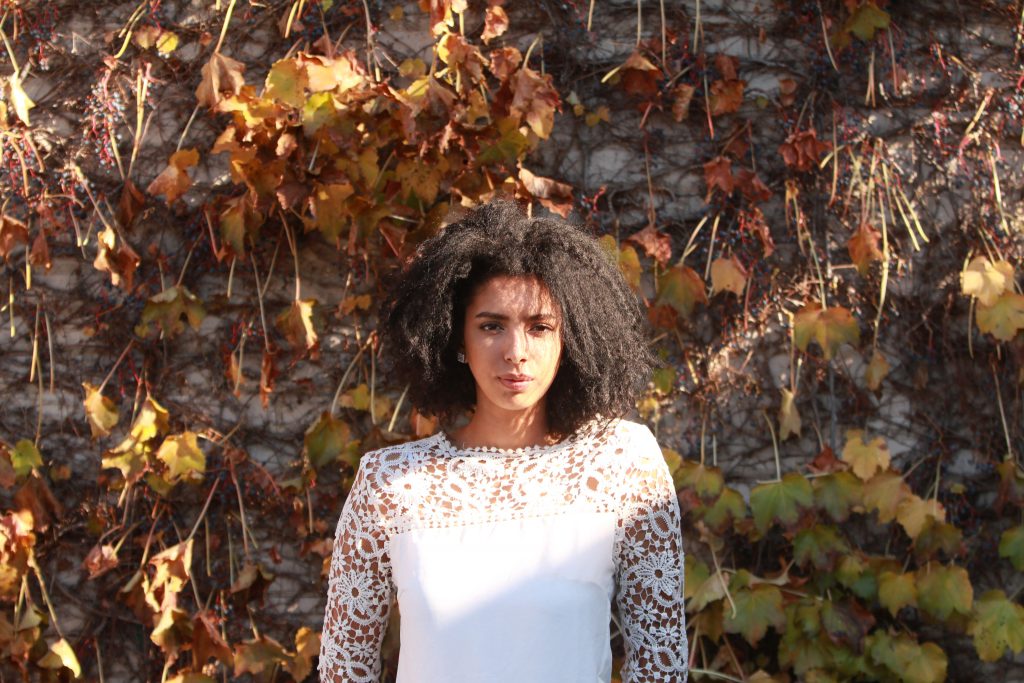 The women in Corey Fells’ photographs are students, artists, poets, musicians, and community advocates who share similarities—they have triumphed over adverse circumstances, from cancer to depression to losing a parent.

Due to the MOWA’s space considerations, “Womxn 100” displays just 16 photos, but the project contains 100 photographs total, all of which can be viewed on Fells’ Instagram account.

Fells, who grew up on the North Side of Milwaukee, has had many positive female role models in his life, especially his mother, Claudette Fells, who passed away in 2010. “Womxn” is part of Fells’ larger exhibit dedicated to Claudette, entitled “Pookie,” (her nickname).

In his exhibit, he portrays women with a great deal of warmth and respect, inviting his audience to listen to their experiences, something that is much-needed in today’s political and social climate, especially in light of the #MeToo movement.

Fells, a military reservist, said that photography website Humans of New York, founded by Brandon Stanton, was one of his inspirations for the “Womxn 100” project, another being a line from the Zora Neale Hurston novel, Their Eyes Were Watching God: “Women are the mules of the world.”

“I wanted to conceptualize on that, but focus more on Milwaukee. There are these beautiful stories of conquest, and I wanted to recognize that,” said the photographer.

Over the course of a year, Fells photographed dozens of women standing against the same wall (attached to a building on Milwaukee’s East Side). 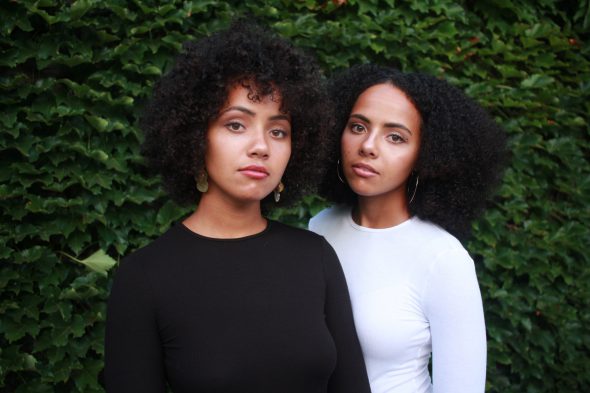 Among the women depicted in the exhibits are Ashley Daniels, a model who overcame drug addiction and is now involved in women’s rights organizations and Black Lives Matter; Anita Mogaku, an exuberant finance and marketing student at UW-Milwaukee who is fiercely proud of her Kenyon roots; and UW-Madison students and intellectual and spiritually-minded identical twins Sam and Alex.

Fells has a knack for portraying his subjects in a natural, yet stylish, manner. Some women are smiling; some aren’t. Some look away from the camera, others stare directly and confidently into it. Many are dressed in black; a few in casual gear—jeans, button-down shirts, and winter coats. Most seem at peace and comfortable in their own skin; a remarkable achievement in its own right at any age.

For his project, Fells initially photographed a few of his close friends and posted their stories on his Instagram account. As his project grew in popularity, Fells decided to expand the exhibit, recruiting more women through Facebook. He was expecting to take around 50 photographs, but around 60 women came to the photo shoot.

Unfortunately for Fells, both of his cameras stopped working, and he had to cut the shoot short. However, a friend of Fells suggested an idea that would enhance the aesthetics of and create a metaphor within the exhibit: photograph the subjects at different times of the year to chronicle not only the changing seasons, but to represent different times in the women’s lives.

Covered in ivy, the wall provides a picturesque background which depicts the lush green of spring and summer to the deep reds and golds of fall to the snowy whites and slate grays of winter.

Fells, who now spends much of his time in California, said other U.S. regions don’t experience seasons like the Midwest.

“We get the beautiful four seasons,” he said.

Graeme Reid, MOWA director of collections and exhibitions, suggested that the ivy could also represent how the women in the photographs have lives that are intertwined—with each other, their communities, and the United States as a whole.

He believes this exhibit will resonate with many.

Fells added that he is hoping to organize a panel discussion with the women in his exhibit, focusing on how the City of Milwaukee views them, how society views them as a whole, and how the women individually view themselves.

“I wanted to get their perspective so other women can relate to that,” he said. 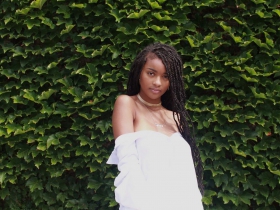 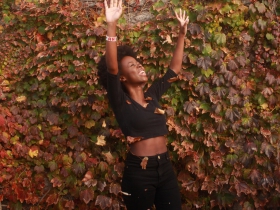 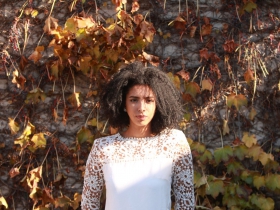 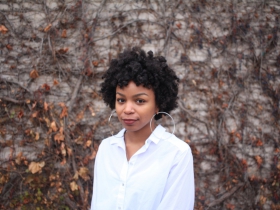 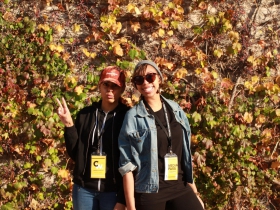 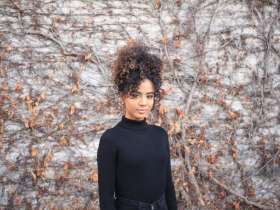