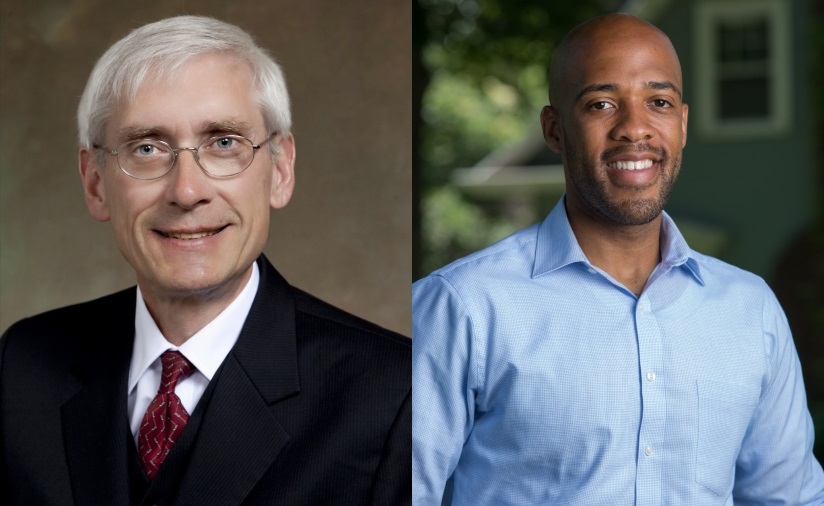 Wow. This was truly a historic election and the perhaps the biggest winner was the American democracy, with a huge turnout of voters, both Democratic and Republican, and a record-setting percent of citizens voting in Wisconsin. The more people who vote the stronger our democratic system. And on a national basis, the Democratic takeover of the House and the Republicans victory in the Senate was a reaffirmation of what James Madison considered the greatest strength of the American constitution: the system of checks and balances.

Loser: Big Money. Incumbent Republican Gov. Scott Walker had a $50 million to $14 million advantage in campaign donations and outside group spending over Democrat Tony Evers, and he still managed only 48 percent of the vote. The people rather than the fat cats decided this election.

Winner: Tony Evers’ Blandness. Countless Democrats complained about this, but his nice-guy genuineness provided a refreshing contrast to Walker’s smoothly scripted sound bites. And lo and behold, Evers was tougher than Walker in their debates, and that gave him a clear edge.

Winner: Baldwin’s campaign team: Incumbent Democratic U.S. Senator Tammy Baldwin’s team ran a model campaign, raising lots of money, running strong ads and taking advantage of the Republican primary infighting to make her unassailable by the time the general election began. In a state that is still so evenly divided, she won easily, by a ten percent margin.

Loser: Vukmir’s campaign team: They told me the biggest issue in the race was the VA hospital and Baldwin’s handling of it. Seriously? Republican challenger Leah Vukmir was strong in the candidate debates, but the campaign ran almost entirely on issues where the majority of people disagreed with Vukmir’s stand.

Winner: Evers’ coat tails: The governor and U.S. Senate campaigns took most of the attention away from the race for attorney general and the results all but duplicated those of the governor race, with Democratic challenger Josh Kaul winning a squeaker over Republican incumbent Brad Schimel.

Winner: Paul Ryan: his protege Bryan Steil, who worked for a year for Ryan in Washington, has now succeeded him, winning election to Wisconsin’s 1st Congressional District.

Loser: Paul Ryan. The Democrats takeover of the House was an obvious rebuke to Donald Trump, but the ever-graceless president has blamed retiring House Speaker Ryan instead. Ryan has been Trump’s frequent whipping boy, yet has generally refrained from criticizing the GOP’s commander-in-chief of meanness.

Loser: Fox Valley. This swing district so often determines the winner in state-wide elections, yet Walker won this area, and the swing area of Racine County, while somehow losing the election. Why? A strong turnout in Milwaukee certainly helped, but it was the massive vote in the state Capitol that was decisive.

Winner: Madison. Yes, the state’s self-described “alternative to reality” was all too real for Republicans, with a turnout that was off the charts: 67.5 percent of the voting-age population, compared to an average of 56.2 percent in the previous four mid-term elections. No area in the state had more impact on the election.

Loser: Foxconn. The company was all in for its generous benefactor Scott Walker, announcing three suspicious satellite innovation centers in Milwaukee, Eau Claire and Green Bay, in order to convince voters their massive $4.1 billion subsidy would benefit the whole state, but polls show it didn’t work. Now they will face a Democratically-appointed DNR secretary, who may have different ideas about how much air and water pollution — and how much withdrawal of Lake Michigan water — is allowed.

Winner: Glenn Grothman’s grass roots campaigning: Wealthy Democratic challenger Dan Kohl had more money, but Grothman worked his district hard and managed to pay for some ads that made him look very likable, with a voice that sounds just like travel maven Rick Steves. Mr. Grothman will be traveling back to Washington.

Winner: Tom Barrett. The Milwaukee mayor considered running for governor again and probably would have won the primary but lost to Walker again. His decision to stay out served his party well. And he had the ultimate satisfaction of seeing the late Milwaukee count of its early and absentee votes put Evers over the top, just when Walker seemed about to claim victory.

Winner: One Wisconsin Now and Josh Kaul: The liberal advocacy group OWN sued the state for discrimination, successfully arguing the law restricting early voting made it harder for minorities to vote, and their winning attorney was Josh Kaul. The historically high early voting in Milwaukee and Madison were key to the victory of Kaul and Evers.

Winner NextGen America: The youth organizing group bankrolled by liberal Tom Steyer (one of those Democrats targeted by pipe bombs) spent millions in Wisconsin and points to significant increases in voting on college campuses in Madison, Milwaukee, Kenosha, and La Crosse, led by a 130 percent increase compared to the 2014 election in Milwaukee’s Ward 190, where Marquette students vote.

Winner: Marijuana supporters: Sixteen counties and two cities in Wisconsin have advisory referendums on their ballot to legalize either medical or recreational pot and they won big, even in the city of Waukesha. The referendums probably attracted more young and Democratic-leaning voters, helping elect Evers, who supports legal medical marijuana and is open to discussing full legalization.

Winner: Republican Gerrymandering: The election had a state-wide majority of Democratic voters, yet the Democrats got nowhere in the races for the legislature. Their hope of retaking the state Senate failed badly.

Loser: Gerrymandered voters. Any system that frustrates the will of the voters and requires Democrats to win 56 percent of the state vote to gain a majority of the legislature is a disgrace to American democracy.

Winner: Ticket splitters. Baldwin’s 10 percent margin in a race where Democrats barely won the governor and AG races shows there are still some independents in a state that once prided itself on unpredictability.

Winner: Partisanship. Despite the tiny percentage of ticket splitters, the reality of today’s politics, both in Wisconsin and nationally, is a country that is still deeply divided into two warring camps.

Loser: Donald Trump. Nationally the Republicans’ loss of the House means trouble for him. In Wisconsin he campaigned hard for Walker in a state won by the Donald in 2016. Not this time.

Winner: MU pollster Charles Franklin: Democrats love to complain about his polls being biased but they were the most reliable in the race. Others had Evers winning big, but Franklin saw a dead heat, while accurately showing Baldwin winning easily. Those calls and his poll on the AG race were all within the margin of error.

Loser: Campaign debates: They’ve become lackluster affairs few seem to watch. Baldwin was terrible in the first debate, looked like she was sleepwalking and was dominated by Vukmir. Did it matter? Not to judge by the vote totals.

Loser: Walker’s presidential hopes: The plan was to serve one more term and then run for president in 2024. Now he’d be running as a has-been who hasn’t served since 2018.

Winner: Public Employee Unions: They went big for Mahlon Mitchell in the Democratic primary and lost, but rebounded with support for Evers, who will doubtless consult union leaders about his policies.

Loser: Republican Recount Law: The law they passed to disallow recounts if the margin is more than 1 percent — passed out of annoyance at a liberal challenge to Trumps’s 2016 victory — may come back to bite Republicans, preventing Walker from calling for a recount.

Winner: Education. So important an issue that Walker tried to declare himself the “Education Governor,” only to lose to the real educator, who will be pushing to increase funding for the schools.

Winner: Peg Lautenschlager. The late Democrat, who served as Attorney General and then lost, has to be smiling in the after-life to see her son Josh Kaul win the job that she so loved.

Winner: Political Bravery: There were many courageous politicians across the country, but consider Mandela Barnes, who had a safe seat in the Assembly and decided to run (and lose) to the notoriously erratic state Sen. Lena Taylor in 2016, because he disagree with her leadership. Barnes came back from the political wilderness with a surprise win in the Democratic primary for Lieutenant Governor, and helped Evers win the black vote in Wisconsin. That might be the comeback of the year.

And my colleague Jeramey Jannene has a great story explaining which election numbers doomed Walker’s campaign.