Lena Taylor Against the World

Democratic legislator’s press conference was a declaration of war -- against everybody. 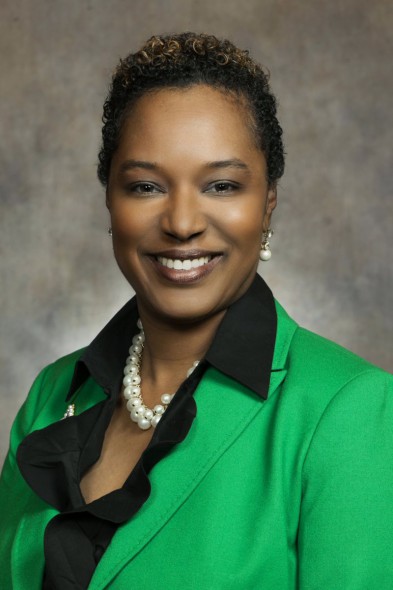 I had always been impressed with State. Sen Lena Taylor (D-Milwaukee), She seemed bright, poised and personable, with a radiant smile. So as editor of Milwaukee Magazine I was surprised when veteran journalist Marc Eisen came in with a feature story rating the state’s legislators (for the February 2009 issue) and Taylor made the list of the ten worst.

These kind of rankings are always based on a consensus of many anonymous interviews with Capitol insiders — including the legislators themselves — and the 10 worst were a mix of Democrats and Republicans, conservatives and liberals. Taylor was described as a big disappointment compared to the “brilliant” legislator who preceded her in that district: current congresswoman Gwen Moore.

“Absolutely no depth of understanding,” said one observer of Taylor. “Bombastic and egotistical,” said another. “Never stopping to understand the issue, because she already has the answers,” was the final takedown.

I thought of that story while watching Taylor’s bizarre press conference yesterday. Taylor called the conference herself, to address some embarrassing problems that have arisen in the last week or so. She was issued a disorderly conduct citation (she’s pleaded not guilty) for allegedly using a racial slur against a black Wells Fargo bank teller. She was dropped from the joint finance committee after a state senate human resources investigation found she had bullied her legislative staff and must therefore attend interpersonal communication training sessions.

Taylor has long been known for problems with her staff. In June of 2017, Journal Sentinel reporter Jason Stein did a story noting that since mid-January, “more than a half-dozen workers on Taylor’s small staff have either left her office, went on leave or both, according to personnel records and sources.”

As the Journal Sentinel columnist Dan Bice once wrote, “Taylor is well-known for her sometimes abrasive, sometimes exuberant personality.” That was in a story detailing a spat between Taylor and Milwaukee Democratic state Sen. Chris Larson, who reportedly had asked Taylor something like, “did you take your meds today…?

The fact that mild-mannered Mandela Barnes, then a Democratic state representative, ran against Taylor in the 2016 Democratic primary — with the support of Larson and some other Democrats — might suggest Taylor was a divisive figure within her own party.

Did Taylor draw any lessons from this opposition? Perhaps not. For she easily defeated Barnes. And her performance yesterday suggests someone who sees herself as “a fighter,” which apparently means not having to apologize for much of anything.

Taylor heaped blame on a long list of folks during her remarkable 24-minute-long press conference, including:

-The “disgruntled employee” in her office who accused her of bullying. “I do not apologize for demanding the work be done.”

-Senate investigators: “The process not fair” and “did not follow the rules… The real question is why was the process handled this way?”

-Democratic state Sen. LaTonya Johnson, who was appointed to replace Taylor on the Legislature’s Joint Finance Committee: “Clarence Thomas is no Thurgood Marshall” and “LaTonya Johnson is no Lena Taylor.”

-Mayor Tom Barrett:  “It’s also interesting. My mayor, who never normally comes to Senate Democratic Caucus fundraisers, is now at them.” (Barrett had no comment on this remark, which seemed to suggest the mayor has it in for Taylor.)

-Milwaukee Police Department and the media: “I’m saddened (by) the racism that exists in the community — if I could be very candid, in the media as well as the MPD.”

-Wells Fargo: “Completely unacceptable… This a Wells Fargo problem that happened… It’s been proven they create an environment where their employees feel that they need to lie, cheat and deceive.”

There were also shots at the “lack of diversity” at local non-profits and “lack of cultural competency’ in Milwaukee Public Schools, to reinforce a central narrative, that in such a racist community, only Taylor is being accused of using a racial slur.

“I don’t think I’ve seen a slew of individuals… Can you name me anybody who’s been cited — other than Lena Taylor — in the nation?”

Taylor also passed out information to the media to make her case, including the bank’s video of the encounter, which was supposed to prove Taylor didn’t us a racial slur. Except that Taylor, in her speech, admitted she called the teller a “house (n-word)”, while elaborating on the various ways the n-word might be pronounced. “If the gentleman in the bank was offended, I’m sorry.”

It was the only apology offered amid the litany of accusations. Taylor might have simply apologized for an encounter she says happened after having to wait 20 minutes for service (we’ve all been there), and promised to learn and improve in her handling of staff. If she was a contrite defendant, odds are the judge would dismiss the disorderly conduct charge. Most people — even hard hearted reporters — are willing to forgive and forget once an apology is offered.

Instead, Taylor chose to make a mountain out of a mole hill, to turn two minor situations into a community-wide — if not national — case of racism.

And many of her complaints and charges were delivered with that radiant smile, which seemed to suggest she was simply a charming and misunderstood victim of a dastardly “political lynching,” as she called it.

“I’m not afraid to speak truth to power,” Taylor declared. “I’m still going to stand up and fight.”

And with that disconcerting smile on her face, she asked us to understand the kind of outspoken woman she is, confidently blooming “with my thorns and my petals. I embrace it and so should you.”

25 thoughts on “Murphy’s Law: Lena Taylor Against the World”