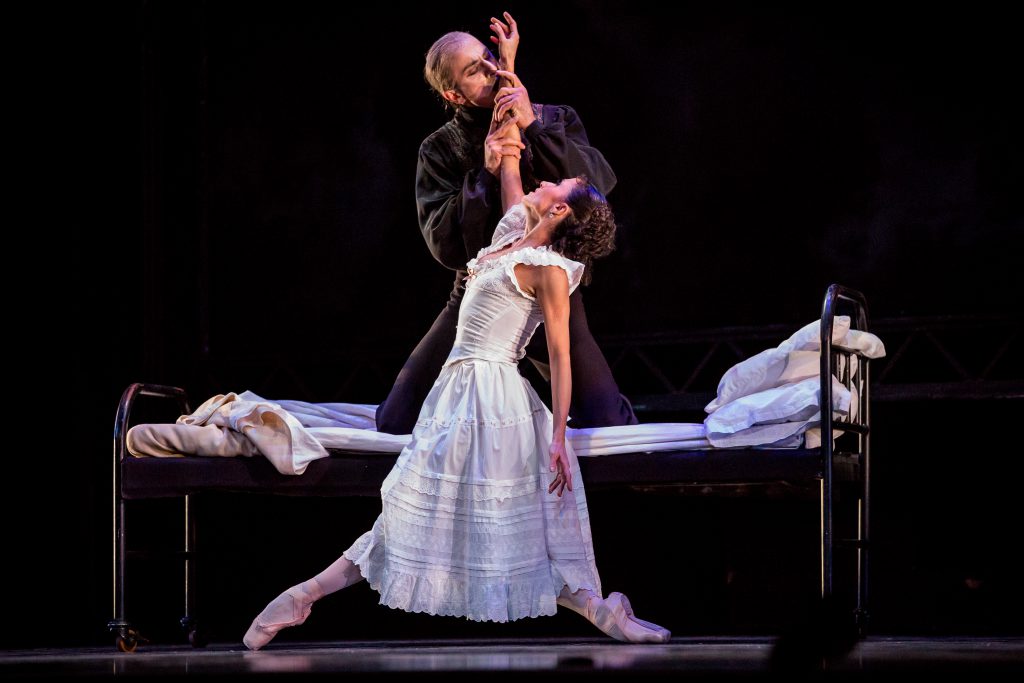 In his production, which celebrates its 22nd year, Michael Pink, Milwaukee Ballet’s artistic director since 2002, maintained the novel’s integrity, capturing its superstition and terror, while infusing it with beauty and creativity.

Horror never looked quite so elegant and seductive, with graceful dancing, gorgeous 19th-century Victorian-era costumes, gothic sets and a thrilling score by composer Philip Feeney, performed by the Milwaukee Ballet Orchestra and featuring selections from the Florentine Opera.

The production’s Count Dracula character, played by Davit Hovhannisyan, was not exactly as actor Bela Lugosi immortalized on screen, with a black cape, razor-sharp talons for fingernails, fangs, and pointy ears.

However, like Lugosi, and the count in German director F.W. Murnau’s 1922 expressionist film Nosferatu, Hovhannisyan’s Dracula maintained an imposing presence in the performance, but his long gray hair, pale face, lithe figure, vivid floor-length red cape and matching trousers gave him more of an aristocratic and spectral quality than vampires portrayed in cinema.

The Armenian-born Hovhannisyan, now in his 15th season with the Milwaukee Ballet, displaying amazing athletic ability, particularly in Act II, when, after visiting Renfield, an insane man imprisoned in a mental asylum, the vampire dangles upside down from an exterior railing, flapping his arms like a bat and creeping down the pole head-first.

Randy Crespo was well-cast as the likeable Harker, an innocent character who finds himself unable to escape Dracula’s clutches. Crespo veered deftly from confusion to distress over nearly losing his beloved fiancée Mina.

Nicole Teague-Howell portrayed the virginal Mina with a tenderness and sweetness. Luz San Miguel brought a vivacity to the role of Lucy, Mina’s best friend with many suitors.

Garrett Glassman was superb as Renfield, the madman with the ability to communicate with Dracula. He’s perhaps the noisiest of the characters, beating his fists and clanging metal objects on the ground to signal his anguish. The tragic Renfield later finds himself as the object of Dracula’s sacrifice.

Patrick Howell brought an authoritative and compassionate air to the character of Van Helsing, the doctor who treats Dracula’s victims and tries to reverse his curse.

Award-winning costume and scenic designer Lez Brotherston used authentic sets for the production, including a foreboding brick castle, a lavish ballroom and a dark, dank mental asylum. The use of fog (an essential element of any good horror story) was also prevalent in the production. 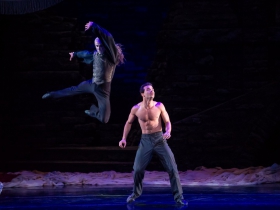 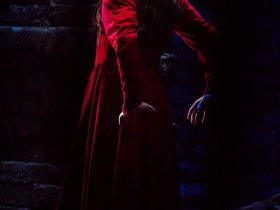 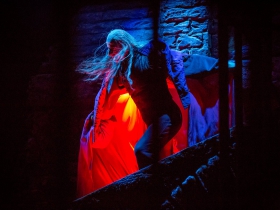 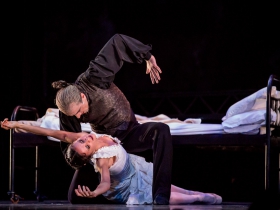 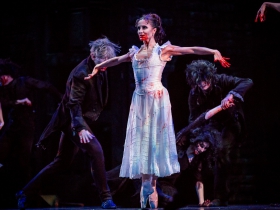 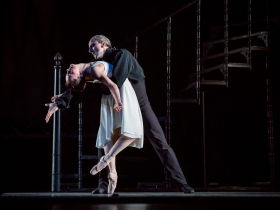 “Dracula” will run through Sunday, October 28 at the Marcus Center for the Performing Arts, 929 N. Water St.