Why Republicans Lie About Health Care

The reality is they can’t create an alternative way to cover pre-existing conditions. 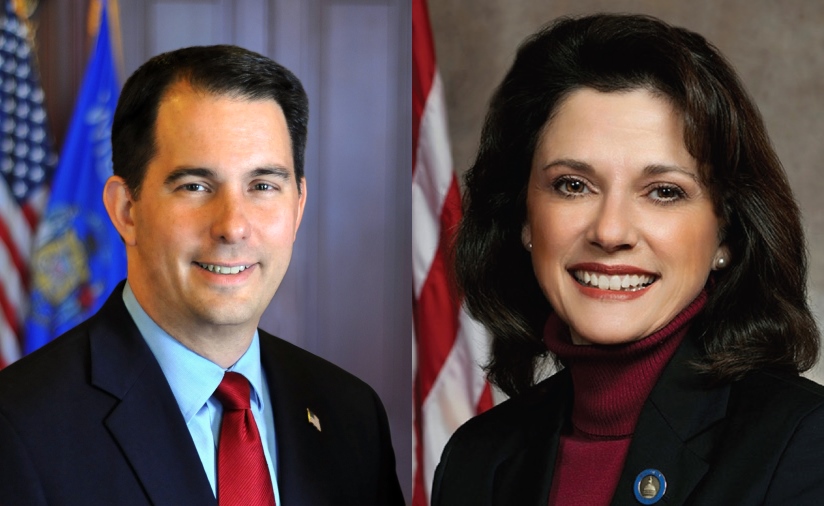 A lawsuit co-led by Wisconsin Attorney General Brad Schimel asks a federal court to declare unconstitutional the Affordable Care Act’s “guaranteed-issue and community-rating provisions.” The effect, if the judge agreed, would be to allow insurance companies to discriminate against people with preexisting medical conditions either by charging them more or by rejecting them outright.

Yet Gov. Scott Walker and US Senate candidate Leah Vukmir have reacted with indignation that their support for the lawsuit indicated less than fulsome sympathy with the plight of people with preexisting conditions trying to get health insurance.

The Journal Sentinel reported that Walker made a video in which he said:

Similarly, in a letter Vukmir defends her commitment to people with preexisting conditions.

Sadly, Senator Baldwin is lying to you and all Wisconsinites when she says I want to harm people with pre-existing conditions. As a nurse like you, I’ve made it my life’s work to help patients and save lives.  I’m sure we can agree that nurses want to help their patients and ensure they have access to the best healthcare possible.

Are Walker’s and Vukmir’s protestations—and those of other Republican candidates who claim they will protect people with preexisting conditions—sincere? Or are they a cynical attempt to fend off criticism by referring to vague solutions? The answer may be irrelevant. Because there is no way they can fulfill their promise.

To understand why, it is useful to start with the basic challenge of the healthcare market: a small part of the population accounts for most of the cost. The next graph, based on estimates from the Kaiser Family Foundation, shows this starkly. The horizontal axis divides the population into seven groups, starting with the most expensive 1 percent on the left and ending with the least expensive 50 percent on the right.

The vertical axis, and the second number on top of each column, shows the health care cost per individual (adjusted to a market where the average cost is $5,000 per individual). As the graph shows, the average cost for those in the top 1 of costs is $115,000, dropping to $35,000 for the next 4 percent. Half the population, by contrast, manages to get through the year while spending almost nothing on healthcare—an average of $300. 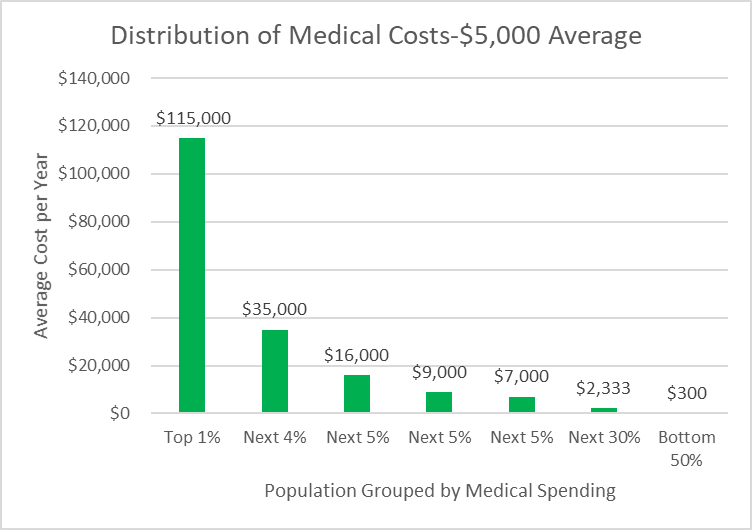 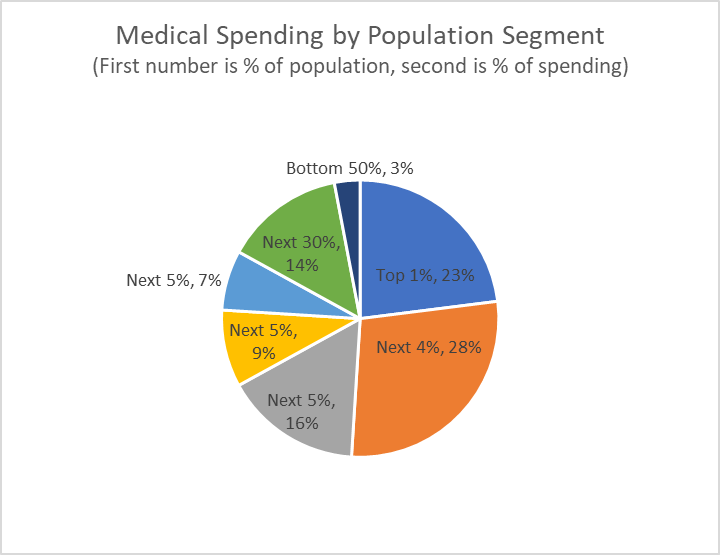 Let’s assume that no one in this market has health insurance. How would the market develop?

A potential insurer might calculate that medical costs average $5,000 and set a price—say $6,000—that covers its administrative costs and offers a nice profit. What could go wrong?

Let’s assume, however, that this insurer manages to attract a mix of policy holders that looks like the population. This creates a very attractive opportunity for a competitor. If it can identify the 80 percent of the population that falls into the two lowest cost groups and offer a very attractive plan costing, say, $3,000 and still make money. The first insurer is then left struggling to pay for medical costs averaging $20,750 per person.

Thus is born so-called “underwriting” in which insurers identify high-cost applicants and reject them, exclude their preexisting conditions from coverage, or charge them higher premiums. Success for the insurer has less to do with holding down costs than with identifying and avoiding the high cost policy holders.

Other insurers will take advantage of the situation by offering cheap junk insurance that excludes the most expensive medical conditions or quickly hits a spending cap. This largely describes the individual health insurance market prior to Obamacare.

Vukmir’s web site makes it clear that she is an advocate of allowing insurers to target particular segments of the population. Apparently, the alternative is Soviet-style central planning:

Leah supports replacing Obamacare with free-market solutions that will lower costs and premiums. For example, Leah would allow insurers to offer a wider variety of plans that fit the demands of patients and families, not government central planners. And she would support allowing individuals to buy insurance across state lines, increasing competition and choice.

To the extent that this paragraph encapsulates Vukmir’s health care policy, it is hard to envision a more hostile environment for making affordable, high-quality health insurance available to people with preexisting conditions. The more that insurance companies, including those in other states, can pick off low-cost members of the population, the harder it will be for people with pre-existing conditions.  This conclusion is fundamental economics and neither Vukmir, Walker, nor their Koch-funded allies in Americans for Prosperity offer a solution.

The closest Vukmir comes to an alternative is to point to the former Wisconsin Health Insurance Risk-Sharing Plan. Unlike most state plans, Wisconsin’s managed to stay solvent. But its reach was limited. At its peak it enrolled about 24,000 people according to a Journal Sentinel article published when it was shut down. Its most popular plan had a $5,000 deductible. Both that and the premium made it unaffordable for most people. So scaling up this program to meet the need if Obamacare went away would require very substantial state subsidies.

Rather than offering a realistic alternative to the ACA, Vukmir attacks Baldwin’s endorsement of a “Medicare-for-all” program. In a recent debate, she claimed it would “create chaos of epic proportions. … “I can’t believe Senator Baldwin wants to literally throw grandma off the cliff.” This is simple nonsense. Whether or not a single payer plan is best for the United States, there is no reason to expect it would lead to chaos. Plenty of other countries have successfully adopted single-payer plans.

In a debate with Tony Evers, Walker took a tack similar to Vukmir’s, claiming the state “can protect people with pre-existing conditions without protecting the failure that is Obamacare.” Again, he did not spell out how this might be done. Nor, for that matter, did he specify how Obamacare has failed.

When candidates insist they have a plan to solve a problem, but refuse to spell out how it would work, the safest conclusion is that magical thinking is at work. Never was this more clear than in the case of health care.

4 thoughts on “Data Wonk: Why Republicans Lie About Health Care”