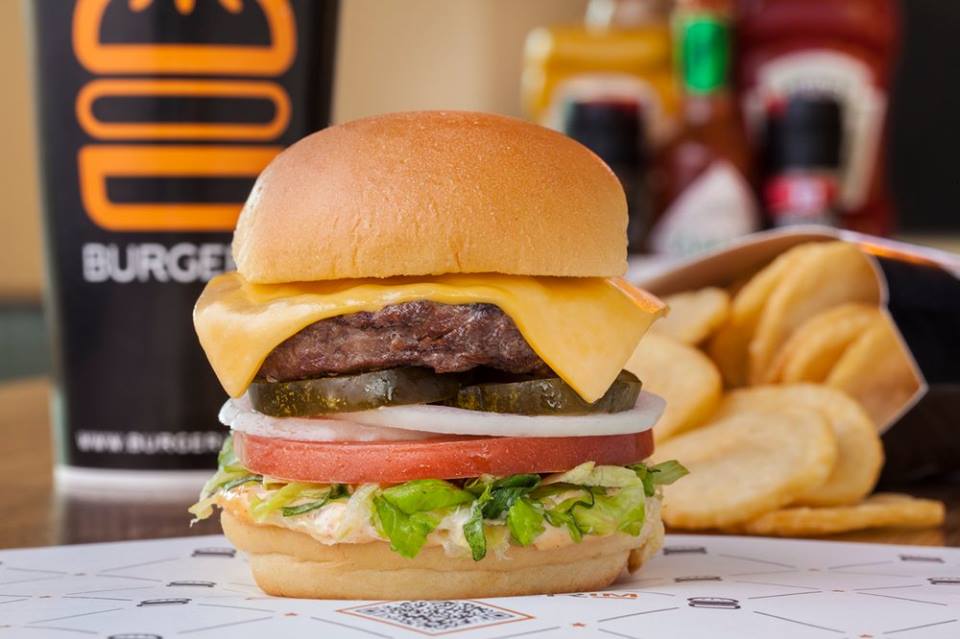 After the Brewers won their 12th game in a row last Friday in their first game against the Dodgers, George Webb announced it will fulfill its promise to serve free burgers to everyone this Thursday, October 18.

The renowned restaurant chain has brought back its “12 in a row” promotion, allowing the public to visit any of the 30 Milwaukee area locations from 2:00 to 6:00 p.m. to get one free burger per person.

This is the second time in history George Webb will offer this promotion—the first time being at the beginning of the 1987 season when The Crew picked up 13 straight wins.

The deal is limited to one burger per person, dine-in or carry-out, and it includes specials on other menu items like fries and soft drinks…

Stamm added that the Milwaukee-area restaurants are prepping supply lines for Thursday, as there will no-doubt be a huge public order to fill.

The promotion has also caught the attention of national outlets like The Washington Post and ESPN with more press likely to come, as our cheesehead image turns into something much meatier. More information can be found on George Webb’s Facebook page. 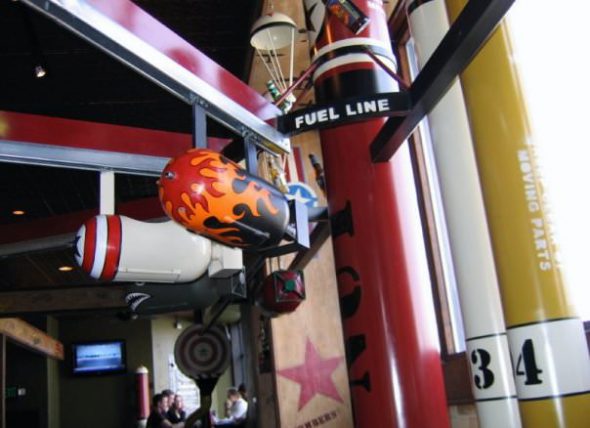 Elsewhere on the burgers and Brewers front, and also celebrating the Milwaukee Brewer’s success this year, is the transformation of AJ Bombers into “Bernie’s Bombers”, a Brewers themed concept running until the end of the National League Championship Series. You know, Bernie Brewer is that weird-looking, sort of Germanic dude who careens down the stadium slide after a home-team home run.

John Walch, president of the Hospitality Democracy, which owns AJ Bombers, is backing the Brewers bandwagon and excited to do whatever he can to hype the playoffs. “AJ Bombers has enjoyed a long partnership with Miller Park and the Milwaukee Brewers,” he noted in a press release.

Sari Lesk of the Milwaukee Business Journal has the details:

Throughout the series, the restaurant will feature:

The fast-casual chain is planning to open a location at 1001 N. Old World Third St., the former space of a Cousin’s Subs which closed in the Spring of 2017.

Franchisees Mohammed Mohammed, Mohamed Omballi, and Mohamed Elhassan secured a lease for the space earlier this year, with plans to open in August. After some delays, the restaurant is now waiting for approval for a food dealer license application by the city, which the franchisees think won’t take quite as long.

Burgerim, means “many burgers,” in Hebrew. The chain sells mini burgers made with 2.8-ounce patties, which are larger than a typical slider. Guests can choose 11 types of patties including the merguez (spicy beef), falafel, wagyu beef, veggie, and salmon. It also serves chicken wings, salads and soft drinks…

Burgerim was founded by Donna Tuchner, an Israeli native who attended culinary school in New York. The company was started as a franchise in 2011, according to its website. By 2013, there were more than 80 locations. In 2015, Burgerim began to expand internationally, with locations in the United Kingdom, Spain, Romania and Russia.

Mohammed says he is thrilled to open the new Milwaukee location, despite delays throughout the year.

The restaurant is located at 133 E. Silver Spring Dr. and is owned by entrepreneurs Anne Marie Arroyo and Tamela Greene, who also own MOXIE Food + Drink.

The restaurant will offer food ranging from homemade pizzas to soups and salads, as well as beer, cocktails, and a variety of Italian wines at its bar area. The restaurant plans to include pasta dishes and more appetizers as the business grows.

The new restaurant, which will boast a rustic Italian theme and funky, eclectic decor, was designed to be both family friendly and comfortable.

The opening menu will feature Trouble & Sons’ authentic homestyle pizzas, soups and salads, as well as a full bar with draft beer, craft cocktails and a curated collection of Italian wines…

After kicking off its first week, Trouble & Sons will officially host its grand opening celebration on Sunday, Oct. 21.

Goddess and The Baker Opening

A new Brookfield cafe is set to open its doors to the public, also today.

Located at 340 High St., Suite 101. in The Corners of Brookfield, the Chicago-based cafe will offer not only bakery desserts and coffee, but breakfast, lunch, and dinner daily.

Chief financial officer and chief operating officer of the enterprise Jim Garofalo said the restaurant is trying for a balance of quick, fast-casual meals while offering all of the treats expected from a cafe.

Since The Corners of Brookfield has been looking for more independent businesses to add to its plaza, Goddess and The Baker fits right in.

“They just didn’t want to fill this plaza with chains,” Garofalo said. “They wanted more independents, so they searched us out and brought us up here.”

Garofalo is hoping that the success of this location will spur a few more future locations in the Milwaukee area.

A post made by the East Side Neighborhood-Milwaukee Facebook page announced the closing of a Subway on Brady St. on October 2.

The Subway, located at 1426 E. Brady St., lost its listing as an active restaurant according to the restaurant search function Subway’s website, despite having a valid lease that was supposed to last until March 2019.

Business licenses for the location were renewed this past March and were valid until March, 2019. This included an Extended Hours Establishment license which allowed Subway to be open until midnight Sunday to Wednesday and until 2:30 a.m. Thursday to Saturday. The location was operated by North Brady Mirage Group Inc., and the business license listed Michael R. Jameson as the sole agent. A call to the business’s listed phone number was unanswered, and Jameson was not immediately reachable for comment.

Despite the closing of this particular location, roughly 70 nearby Subway restaurants can still be found in the Greater Milwaukee area, with none, alas, located in a subway. The next nearest Subway can be found at 1200 N. Van Buren St.