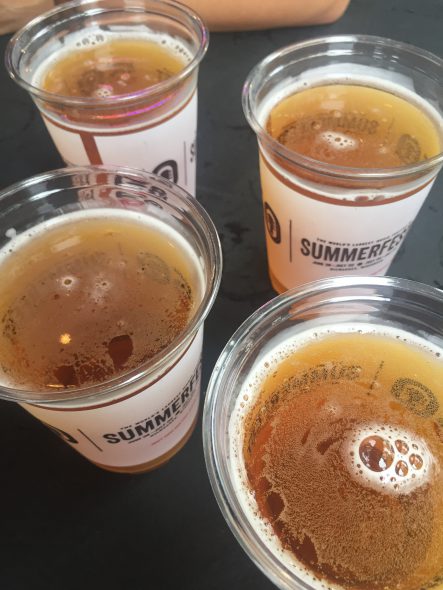 A move to create a state “czar” who would regulate Wisconsin’s $7.92 billion in annual alcohol sales resulted in a special study committee so bogged down in controversies it may be unable to make any recommendations.

First, though, the chairman of the Legislature’s Study Committee on Alcohol Beverages Enforcement wants to make this clear: It is not considering changes that would end tailgating and other popular alcohol-fueled Wisconsin tribal rites.

“What I’d love to see stopped are these people that think we’re shutting down tailgating, deer camps, pontoon rides and inviting your neighbors over for dinner. Not going to happen,” Republican Rep. Rob Swearingen, of Rhinelander, said in a WisconsinEye interview. “That’s ridiculous.”

The 15-member committee – four legislators, representatives of special-interest groups and a retired state regulator – was created after Senate Majority Leader Scott Fitzgerald introduced a bill that would have designated one official in state government to administer Wisconsin’s three-tier system of regulating alcohol sales.

Passed after Prohibition ended in 1933, laws in Wisconsin and many other states stipulate that only three types of businesses – manufacturers, wholesalers and retailers – can sell alcohol. State governments regulate those businesses.

Swearingen said Fitzgerald tried to create an alcohol “czar” because industry special-interest groups, and even local officials, were frustrated by the failure of the state Department of Revenue (DOR) to resolve regulatory questions.

Swearingen’s committee has bogged down in controversies since its first meeting. One wedding barn owner started crying as she discussed the uneven regulation of them, Swearingen noted.

Swearingen owns the Al Gen supper club in Rhinelander and is a former Tavern League of Wisconsin president. Another committee member, Pete Madland, is executive director of the Tavern League.

Swearingen said he does not have a conflict of interest, and the committee has no Tavern League bias. He said he was asked to chair the panel because of “decades of experience I have in the alcohol industry,” and noted that it was created to deal with a narrow question: Does the state need an alcohol-regulating “czar”?

After three meetings, and two appearances by state Revenue Secretary Rick Chandler, Swearingen said the DOR will respond to the concerns of industry groups, so there is no need to name a “czar.”

But, Swearingen added, testimony before the committee raised three important issues beyond the committee’s charge:

*What authority do wineries have to also serve beer? Swearingen said an advisory opinion issued by the state Department of Justice was confusing and threatened the three-tier system of alcohol sales. He said he may ask Attorney General Brad Schimel to clarify the question.

Many wedding barns obtain local alcohol licenses, Swearingen said, but other “unlicensed operators” rent the barns to wedding parties who buy their own beer, wine and liquor and hand it out free  – without closing hours or trained bartenders. “They have found a [legal] grey area, or loophole,” Swearingen said.

*How to start collecting sales taxes on wine and liquor bought over the Internet and shipped into Wisconsin? “Clearly, that is going on,” Swearingen added.

He said state law requires, if Wisconsin residents buy alcohol from out-of-state vendors who don’t pay sales tax, “You are obligated to report that [5% state sales tax] on your income tax.”

The committee has yet to take its first vote and will meet twice more, Swearingen noted. But he’s not optimistic about the likely result:

“Very honestly, I don’t know that we’re going to accomplish anything.”