By Carly Wolf, Milwaukee Neighborhood News Service - Oct 11th, 2018 11:25 am
Get a daily rundown of the top stories on Urban Milwaukee 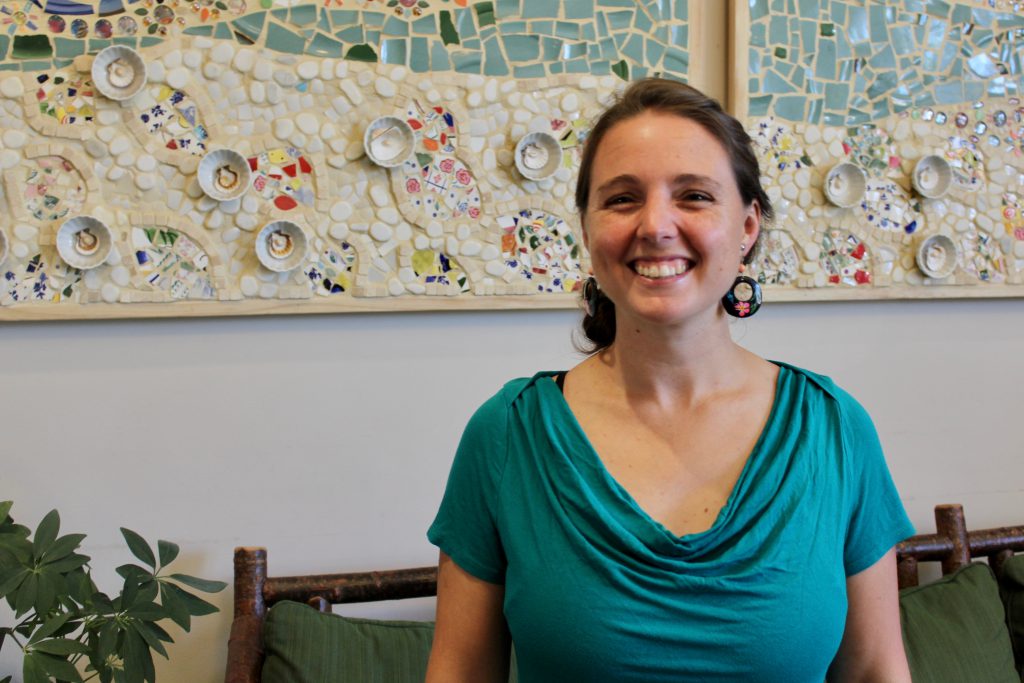 Glenna Holstein says she “grew up” with the Urban Ecology Center. Photo by Carly Wolf/NNS.

Each morning, Glenna Holstein walks to work. As she strolls past the two-story, wood-framed homes, she greets her neighbors with a smile.

To Holstein, 33, her daily commute is symbolic. She walks a path that many Milwaukeeans before her have walked; the route from residential Silver City to the industrial Menomonee Valley. The path was highly traveled during Milwaukee’s industrial heyday in the early 20th century, but had largely gone untraveled since the 1985 closure of the Milwaukee Road Shops, a railyard where the company built and serviced train cars and locomotives.

Holstein, branch manager for the Urban Ecology Center in Menomonee Valley, sees these two Milwaukee neighborhoods returning to a prosperous relationship. The key is a connection to the natural environment. Developments within recent years, such as Three Bridges Park and the Menomonee Valley Community Park, are part of the return of natural habitat to an area that hadn’t seen greenspace in generations. The greenspace is one of the features that excites Holstein most about her neighborhood.

Holstein’s appreciation for nature began a stone’s throw north of Milwaukee, in suburban Shorewood. As a child, Holstein explored Cambridge Woods. While her parents allowed her to wander outdoors, there were places she wasn’t allowed to go unaccompanied. She always wondered what lay beyond the Locust Street bridge. 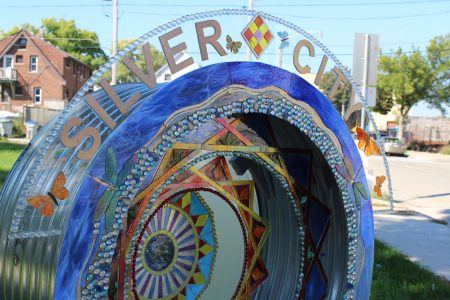 In 1991, the Urban Ecology Center opened in a double-wide trailer in Riverside Park. Holstein’s parents began to take the budding ecologist to programs at the center. Finally, she crossed the bridge.

As her interest in ecology grew, so did her involvement with the Urban Ecology Center. In high school, she volunteered at the center. During her college years, she became an intern.

“I got to grow up with the center in a way,” Holstein said.

During her first semester away, she recalls feeling a bit off. One day, she visited a nature center and stumbled across a little freshwater pond.

Her experience in California taught her about ecology and introduced her to new people, but ultimately led her back to where she grew up.

“It really became clear to me that I was, as silly as it sounds, part of this ecosystem,” Holstein said. “This was the ecological community that I was a part of, so it’s the one that I really, really cared about.”

Caring for her ecosystem led Holstein to the Urban Ecology Center’s newest branch in Menomonee Valley. Holstein was there to cut the red tape in September of 2012 and has seen the center grow from its infancy.

She began her new role by knocking on peoples’ doors. She wanted to know what the neighbors of the new branch needed and what the center could bring them. She was met with an excited community filled with creative ideas for the center.

“Having the Urban Ecology Center so close allowed for better access to services, like their children’s summer camp. Without (the center) families in this area would have less access and options for safe, educational and reliable spaces for their children,” Villazaez said.

Since moving to Silver City, Holstein said neighborhood leaders have inspired her to become an active member of the community. She recently took part in the “Neighbors in Action” course organized by LBWN.

Raina Johnson, a friend who took the course with Holstein, said her work is noticed by others.

“Just like the earth she cares so deeply for, she cares for people that way, too. She sees all these connection points, and quietly leads with dignity and makes sure that all voices are at the table,” Johnson said.

For Holstein, fresh air and greenspace are personal priorities.

“We know access to fresh air is important. We know it’s better for our brains and bodies. And that’s true for everyone,” she said. “I would say it’s also better for our souls.