Baldwin up 10% over Vukmir, Walker up by just 1% over Evers.

By Shawn Johnson, Wisconsin Public Radio - Oct 11th, 2018 10:12 am
Get a daily rundown of the top stories on Urban Milwaukee 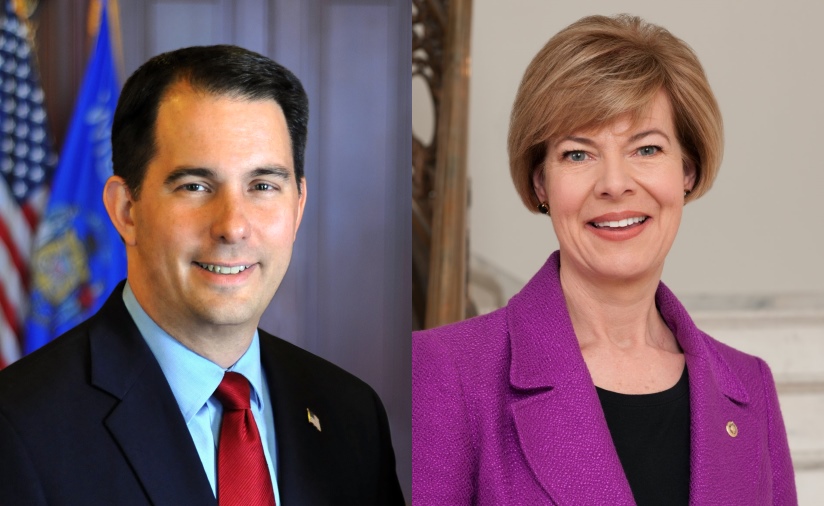 The sample for the survey was more Republican than Marquette’s last poll in September. Self-identified Republicans outnumbered Democrats by 3 percentage points in October. In September, the survey sample was more Democratic by 1 percent.

Marquette pollster Charles Franklin said that could explain why the race shifted from a five-point Evers lead in September to a one-point Walker lead in October. But at the same time, Baldwin’s lead changed only slightly, from 11 points in September to 10 points in the most recent poll.

“Party is something, but it’s not everything,” Franklin said. “It looks like the governor’s race moved but the Senate race did not move, and that’s despite the change in the sample.”

In the race for Wisconsin attorney general, Republican incumbent Brad Schimel led Democratic challenger Josh Kaul by a margin of 47-43 percent. Ten percent said they didn’t know who they would vote for. That’s tighter than in Marquette’s September survey, when Schimel led Kaul, 48-41.

For example, likely voters were more evenly split when it comes to whether they viewed Evers and Walker favorably or unfavorably. Evers’ favorability rating stood at 41-38 while Walker’s stood at 48-49.

But in the race for Senate, Baldwin’s favorability rating stood at 49-42, while Vukmir’s stood at 30-43.

Marquette’s survey also shed light on some of the issues that have been front and center in the races for governor and U.S. Senate.

When asked about health care, 55 percent favored keeping the Affordable Care Act in place while 44 percent wanted it replaced. An even higher number — 78 percent — say the ACA’s requirement to cover preexisting conditions is very important to them. Democrats have run ads attacking Vukmir and Walker for efforts to overturn the ACA, particularly it’s protections for people with pre-existing conditions.

When asked about roads, it was more of a mixed bag as 64 percent of residents said Wisconsin roads were in fair or poor condition. At the same time, 61 percent said they did not want to pay higher gas taxes or vehicle registration fees.

The findings could explain why Democrats have run ads attacking Walker over road quality in Wisconsin while Walker has run ads attacking Evers for being open to increasing some type of tax or fee to pay for transportation.

One thought on “Baldwin, Walker Lead in Latest MU Poll”