By Tamarine Cornelius, Wisconsin Budget Project - Oct 1st, 2018 01:37 pm
Get a daily rundown of the top stories on Urban Milwaukee

Thursday, September 27, was Native American Women’s Equal Pay Day, which marks how long a Native American woman has to work into 2018 to bring her 2017-18 earnings to the same amount a white man made in 2017.

Native American Women’s Equal Pay day is months later than National Equal Pay Day, which fell on April 10 this year and is the date on which women overall match the earnings of men in 2017. That’s because Native American women and other women of color earn less than white women do, widening the earnings gap even further compared to white men. 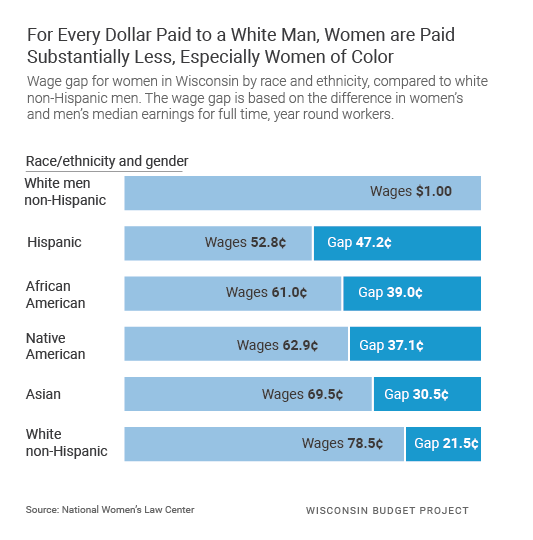 For Every Dollar Paid to a White Man, Women are Paid Substantially Less, Especially Women of Color

It isn’t just one hour, one day, or even one year that Native American women and other women are paid less than their worth. It’s a lifetime. The lifetime wage gap accumulates to the extent that Native American women in Wisconsin earn $758,000 less than white men over the course of a 40-year career. The lifetime wage gap for Hispanic women in Wisconsin is $965,000 compared to white non-Hispanic men, $796,000 for African American women, $622,000 for Asian women, and $439,000 for white women. 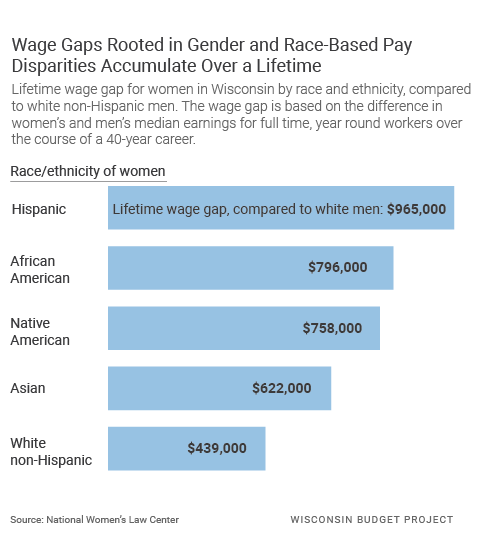 These race and gender-based pay disparities devalue women, especially women of color, and rob them of opportunities to achieve financial security and establish wealth. Steps that can move us closer to equal pay include: