By Ximena Conde, Wisconsin Public Radio - Sep 27th, 2018 11:32 am
Get a daily rundown of the top stories on Urban Milwaukee 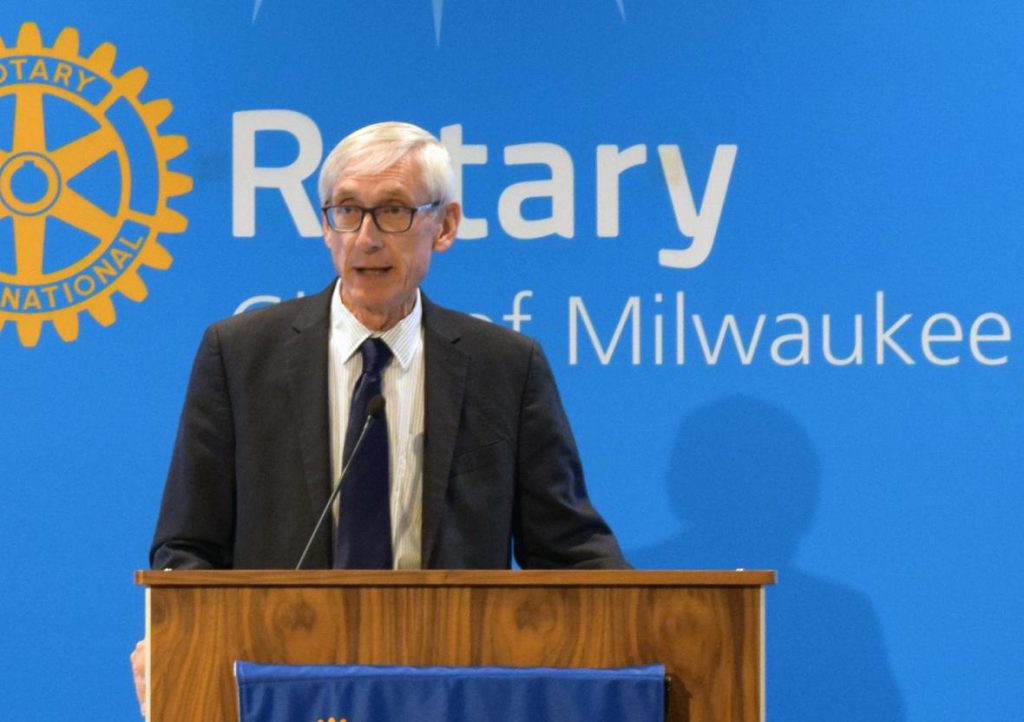 Tony Evers, the state superintendent of public schools and Democratic gubernatorial candidate, says he wants to help more than 860,000 of Wisconsin’s neediest families with a tax break. But how he would fund those cuts is a fluid process.

Evers said giving these families a tax cut would boost the state’s economy more evenly. Funding these cuts, he said, is a matter of priorities.

“You go to the budget, you get the best you can and you try to do it without any taxes and it happens,” Evers said. “It happens every single time.”

Evers maintains the state can find savings in parts of government, including the Wisconsin Economic Development Corp., the state’s job creation agency, which Evers has vowed to eliminate and replace.

As governor, Evers has said the increase in funding would be paid for by rearranging funding priorities without raising taxes.

Another funding priority for Evers is road repair and in the past he’s said he’s open to raising the gas tax, although not by how much.

“Scott Walker’s leadership has resulted in more jobs and higher wages for hard-working families across the state,” said Austin Altenburg, a Walker campaign spokesman. “In contrast, Madison bureaucrat Tony Evers says, ‘everything is on the table’ when it comes to increasing property, income, and gas taxes — threatening to take our state backward.”

“I want fair taxes and I believe those 860,000 families in the state of Wisconsin that are working families should get a tax cut,” said Evers, pressed by reporters to detail his tax policy.

One thought on “Race for Governor: Evers Wants Tax Cut for Needy Families”