By Ximena Conde, Wisconsin Public Radio - Sep 7th, 2018 03:21 pm
Get a daily rundown of the top stories on Urban Milwaukee 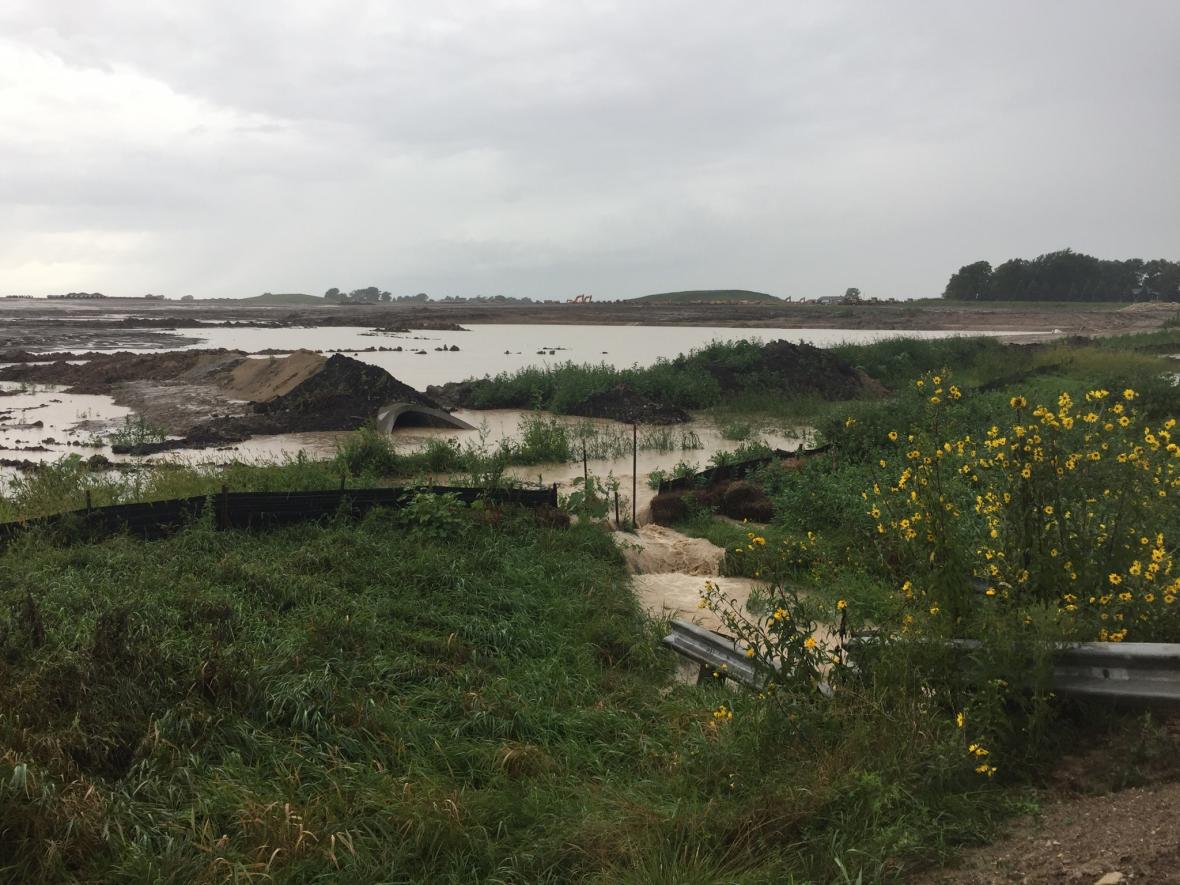 Photo of runoff at the Foxconn site. Photo by Kelly Gallaher courtesy of A Better Mount Pleasant.

Like many areas in the state, Monday’s heavy rain caused problems at the Foxconn construction site in the Village of Mount Pleasant. Runoff from the site poured into the Pike River, captured on video by a local activist.

Kelly Gallaher of A Better Mount Pleasant, an advocacy group that pushes for transparency in government, said she got reports of heavy runoff days before she videotaped the water running from a broken containment barrier and posted it to Facebook.

She said residents have spent about 15 years rehabilitating the river and Foxconn and the village promised to protect the watershed.

“So time and time again, they’ve reassured the public that silt and muddy runoff from the construction site would not affect nearby waterways,” Gallaher said.

According to a memorandum provided by a Mount Pleasant spokesman, site erosion and sediment control inspections are done every week at the construction site. The Sigma Group Inc., a civil and environmental engineering firm, is also on call to respond to rainfall events equaling a half inch or more within 24 hours to address any runoff concerns. 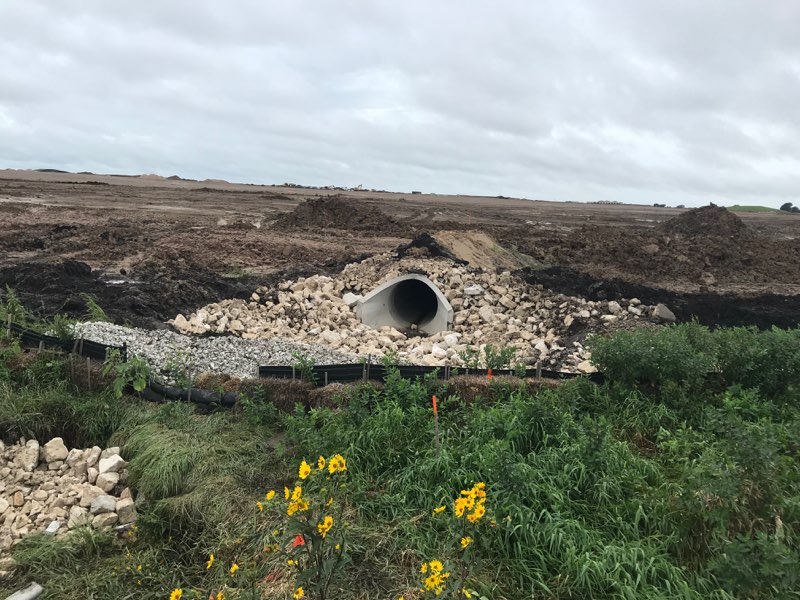 “Additional proactive measures were completed yesterday that are intended to prevent any similar events in the future,” he said.

Jim Dick, communications director of Wisconsin Department of Natural Resources, said construction of the retention basins is ongoing and the project engineer promptly addressed the issue.

Still, Gallaher said she feels officials have been dismissive about runoff concerns.

“It is literally their job to be proactive, it is their job to anticipate these things happening,” she said. “So it is not reassuring and their reaction to this event tells me they’re more interested in message control than they are in actually moving forward in a responsible manner.”