Many different unions hit the streets on foot, in trucks and even on their Harleys. 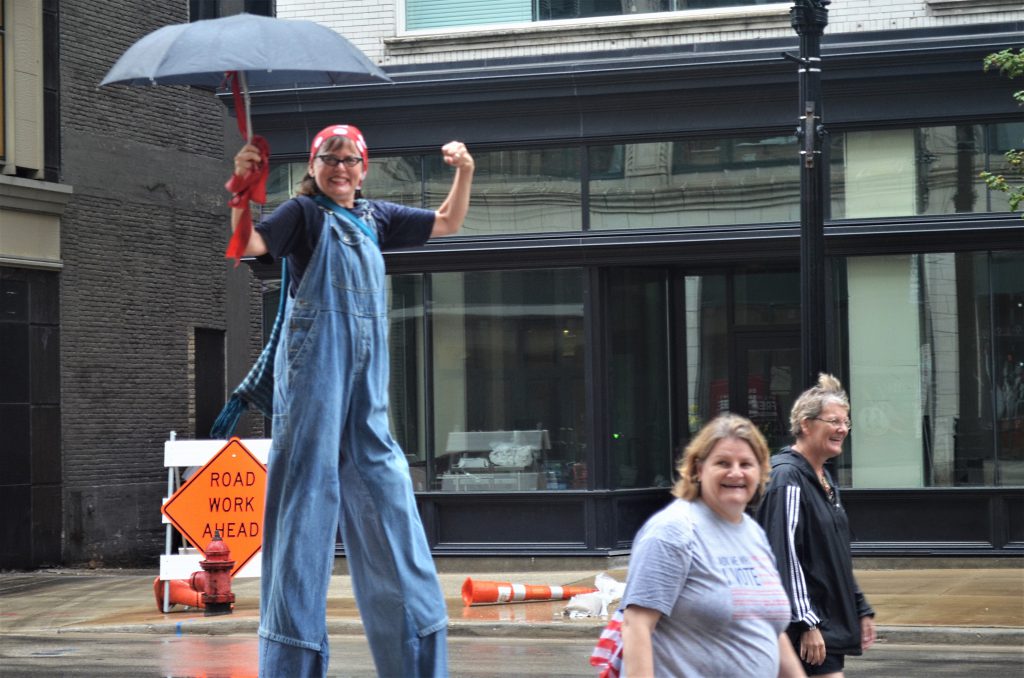 Rosie the Riveter on Stilts at Labor Day Parade 2018. Photo by Jack Fennimore.

Even the rain couldn’t dampen the spirits of the union members in the Labor Day Parade 2018.

Many different unions proudly strolled the streets of Downtown on foot, in trucks, and even on their Harleys. Iron Workers Local 8 had a live demonstration of rivet forging as they drove down on top of a flatbed. We even got a surprise appearance by Rosie the Riveter herself on stilts.

If you would like to support the parade and Laborfest, then you can make a tax-deductible donation to Labor Community@Work via AFL-CIO’s website or by contacting your local union leadership to volunteer.

Our photos capture all the action. 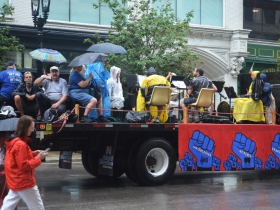 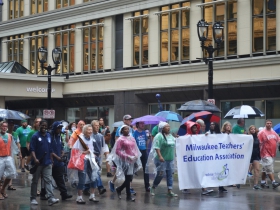 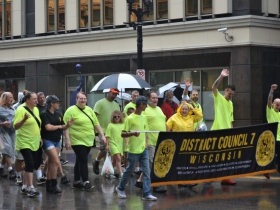 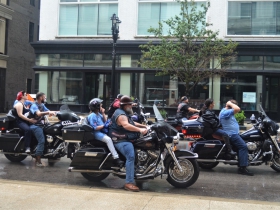 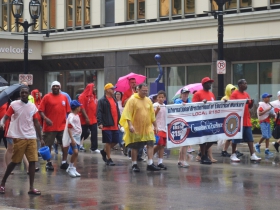 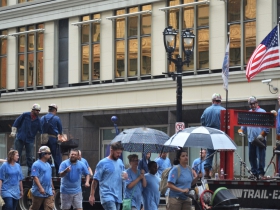