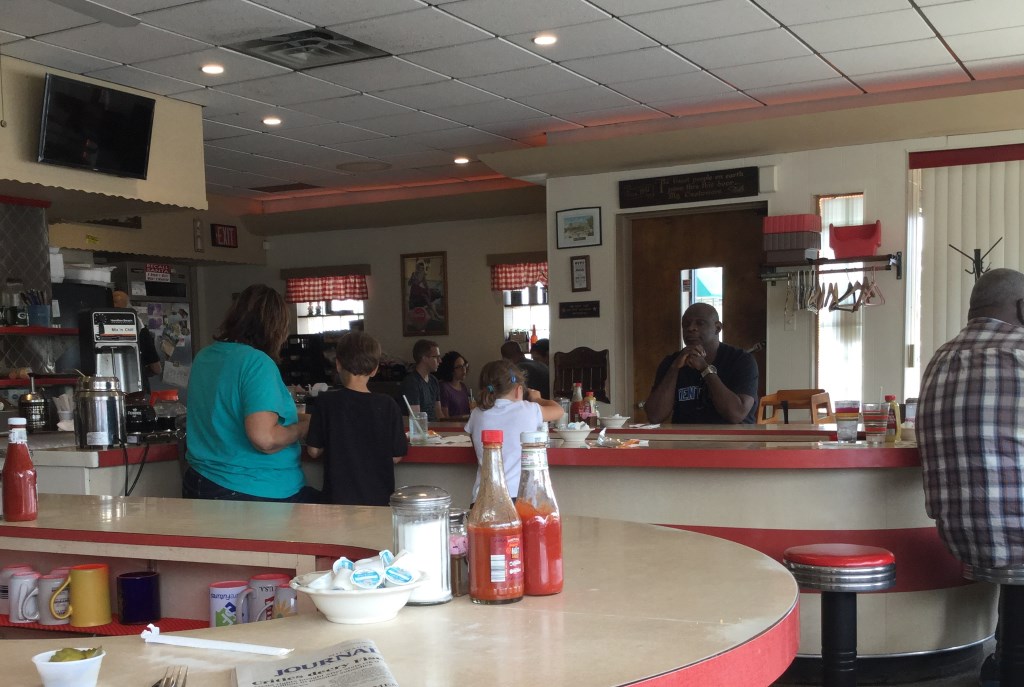 If your head is spinning, like mine, from an overdose of restaurant openings and closings, it’s reassuring to know there are a few local restaurants that have settled into neighborhoods and stayed for decades. One of these is Ted’s in Wauwatosa, just over the western boundary of Milwaukee, where they serve food with no frills, no pretenses, just honest simple classic dishes that taste good.

If you don’t want to sit on a round stool at one of the two U-shaped counters, this might not be the place for you. There are also three tables for two, but that’s all, so if you’re a party of four, be prepared. But if you want a restaurant where locals dominate and the servers call customers by name, then come on over to Ted’s.

It’s been at the same location since 1941 when Ted and Ellen Gottwein opened an ice cream parlor on North Avenue. For 77 years descendants of the Gottwein family have kept Ted’s on the map, a happy place, with a shout out to old fashioned diner food.

Don’t be surprised if your server says, as ours did, “Do you want a menu?” because most of the customers don’t. They already know what’s on it.

You won’t spend much money here. Prices are more like the ‘50s than 2018. For example, if you’re budget-obsessed, you can order the Egg Sandwich for $1.99, but you have to get there before noon when they stop serving breakfast. If you want more calories, add bacon or sausage for $2.00, or ham for an additional $2.30.

The first time I returned to Ted’s after a long hiatus, my companion and I ordered the daily soup, which I recalled from as long as 20 years ago was always homemade. When she heard our order, our server said, “You came on the right day. We made the Italian Vegetable yesterday. It’s better the second day, and we just made the Chicken Dumpling this morning.”

Both were, as expected, full of vegetables, and left no doubt about the origin of their full-flavored broth.

From Specialty Sandwiches, we sampled the Tuna Melt and the French Dip. The melt, cooked on the grill with butter, was thick with tuna and a slice of cheddar. It came with a bag of chips. If I wanted Fries ($2.29) or Onion Rings ($2.59) I had to say so. For the French Dip, they loaded a hoagie roll with shaved roast beef and added a bowl of au jus. If the meat had needed a fork, we would have called it “Fork tender,” it was that soft and juicy. Someone in the kitchen knows how to roast a piece of beef to perfection.

We couldn’t help noticing a small child running around, circling the people seated at the counter who all appeared to know his name. That’s classic Ted’s, full of regulars, unperturbed by the son of the owner, who said he was trying to wear him out in time for the boys’ afternoon nap.

On my second visit, the Double Cheeseburger with Fries was the daily special. According to my companion, “It was good.” An understatement, I thought, when tasting the juicy double patties oozing with cheese in the middle.

I could have ordered the Old Fashioned Grilled Cheese for $1.99 and kept my lunch under $5.00 if I wanted to add onion rings, but I went for the update with sliced tomato and bacon. There was more bacon than cheese, a pleasant surprise, however, it wasn’t as crisp as it should have been, more like rare, not desirable in a toasted cheese. But the soup tasted as if a fresh garden tomato had been pureed and served in a bowl.

I can’t write about Ted’s without mentioning ice cream. They continue to make it in-house, a tradition that hasn’t changed since the Gottweins opened their ice cream parlor in 1941. Vanilla and chocolate are available daily, along with a rotating list of flavors, including chocolate chip chunky peanut butter. There’s also a long list of sundaes: Chocolate Marshmallow, Strawberry, Turtle, and for people like me who remember the former Pig and Whistle, the Half and Half, caramel and hot fudge on two scoops of vanilla. Unlike the Pig, they charge an extra $1.29 for the pecans.

You can get a cone, a Banana Split, a Root Beer Float, an Ice Cream Soda, and the tour de force, a malt in an authentic malt glass, with what’s leftover served in a metal cup to keep it chilled. If you come on the right day, you can also indulge in a slab of their homemade brownie, a rich dense dessert studded with chunks of chocolate to add texture to this hedonistic masterpiece.

Ted’s serves a Friday Fish Fry with cod, pike, or shrimp, hence the later 8:00 p.m. closing. At $8.49, it’s the most expensive item on the menu. It’s hard to spend more than $10.00 in this small diner with its good energy and you are likely to walk out with a full belly and a smile. Everyone does. Just don’t come on a Monday. 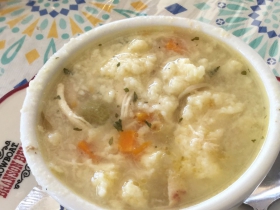 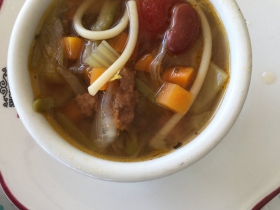 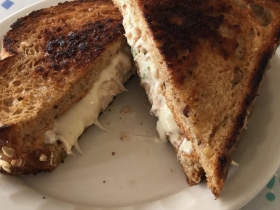 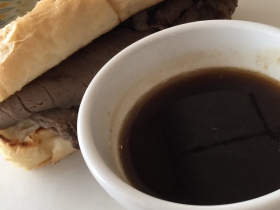 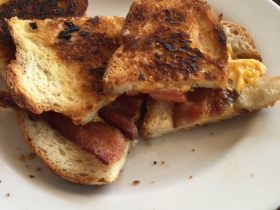 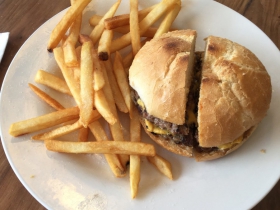