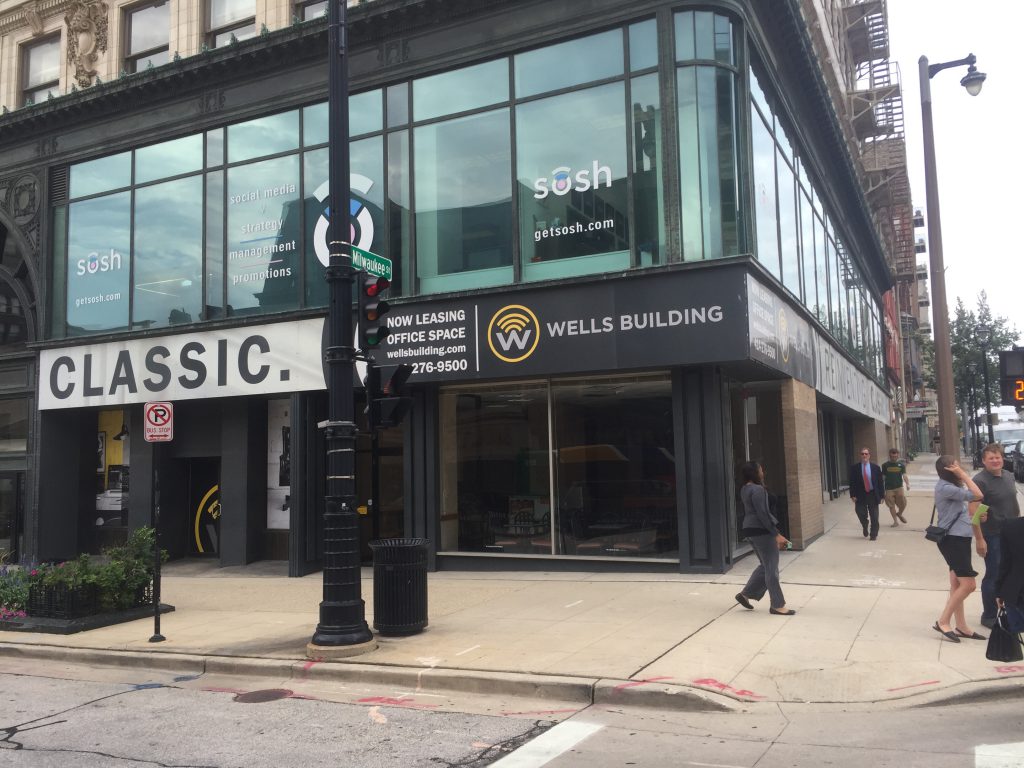 The Cousins Subs located at 324 E. Wisconsin Ave. has officially shut its doors.

An email received by Urban Milwaukee on Aug. 24 announced the restaurant would be closing the same day. While it was open, the sandwich shop operated from 10 a.m. to 5:30 p.m. Monday through Friday and 11 a.m. to 1 p.m. Saturday.

The downtown Cousins was located at 324 E. Wisconsin Ave., on the ground floor of the Wells Building, a 15-story office building located at the intersections of E. Wisconsin Ave. and N. Milwaukee St. The 15-story office building was built by Daniel Wells (the namesake of Wells St.) in 1901, and housed the Milwaukee Athletic Club from 1902 to 1917.

According to Bobby Tanzilo of OnMilwaukee, many of those renovations involve converting traditional, single-room room offices into more modern, tech savvy suites. The building now leases space to over 30 internet providers and phone carriers. The Milwaukee-based agency Sōsh, which focuses on social media management and brand development, also resides in the building.

Cousins Subs was started in Milwaukee over 40 years ago. Cousins Bill Specht and Jim Sheppard founded the company in 1972, according to the Cousins’ website. Even with this closing the chain has 13 other locations within the City of Milwaukee, and another 78 locations elsewhere in Wisconsin, plus one lonely location outside the state, in Phoenix, Arizona.

Neither Nordeen nor a representative from Cousins Sub was immediately reachable for comment.