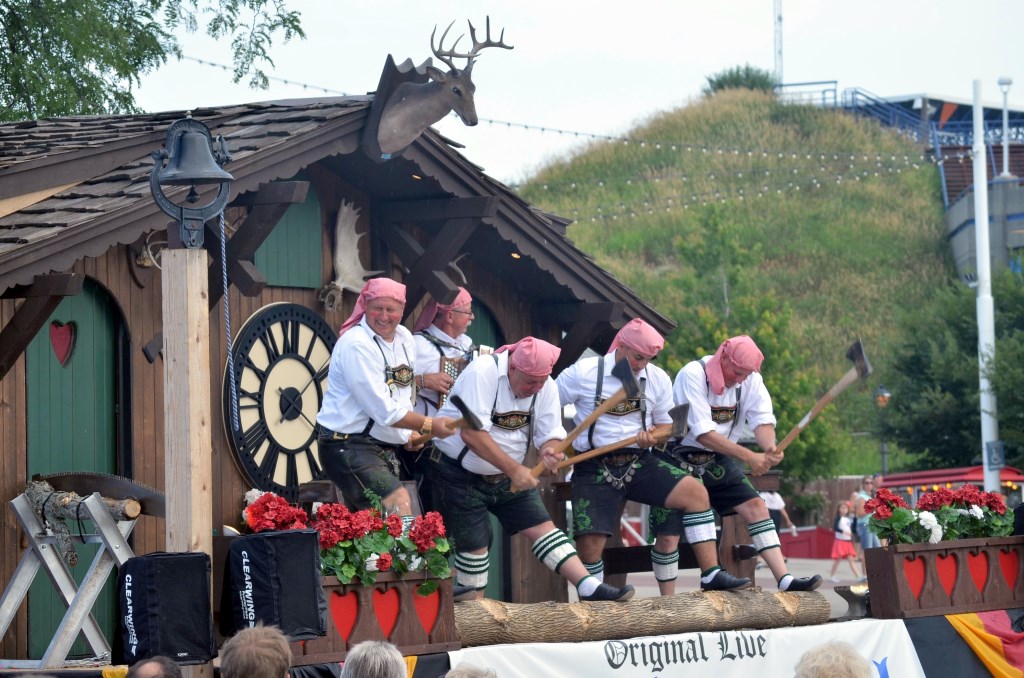 Milwaukee put on its best pair of lederhosen for this year’s German Fest.

The Henry Maier Festival Park was draped in black, red, and gold as people enjoyed the many activities with a bratwurst in one hand and a stein in the other. We’re not sure what’s better: seeing tiny dogs speed through the grass at the 13th Annual Dachshund Derby or seeing them wear adorable outfits at the  costume contest. Then there is the Carousel Organ Association of America, which played their chipper tunes via crank organs along the lakefront. We even got our very own version of  Munich’s Rathaus-Glockenspiel with holzhacker, or lumberjacks, moving in and out a cuckoo clock-like house and hacking away at a log to the tune of music.

Speaking of lumberjacks, the STIHL Timbersports Series U.S. Championships gave us an invigorating display of chainsaw revving and ax chopping. The VW Club of Milwaukee showed off a great selection of Volkswagen cars old and new. And the Culture Pavilion proudly displayed the many German innovations as well as craftspeople and artists. We also can’t forget the parades that made their way through the park.

Milwaukee was known as a “Deutsche Athens” during its early history, according to the Milwaukee Co. Historical Society. German immigrants began flooding Milwaukee shortly after it was established in 1846 with many of them escaping the Revolutions of 1848 in Europe. It was because of German immigrants that Milwaukee became a national hub for beer, with two dozen breweries established in the city by such names as Pabst, Miller, Schlitz and Blatz. By 1880, native Germans made up 27 percent of the city’s population, the highest concentration of a single immigrant group in any American city according to the society. Unfortunately many turned on German immigrants as the U.S. entered World War I, with immigrants hiding their culture and renaming themselves to appear less German. But anti-Germanism ended along with the war and German culture continues to be celebrated to this day with German Fest and more.

Our photos capture the action and culture of the festival. 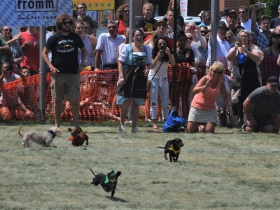 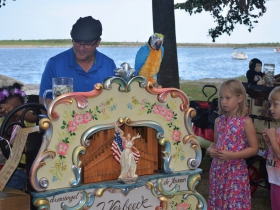 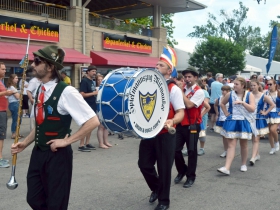 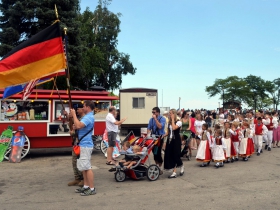 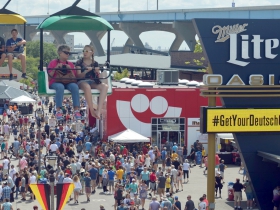 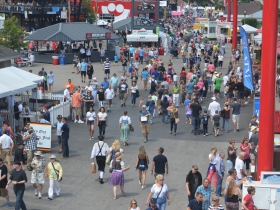