Wheeler will continue Trump’s war on outdoors, but with more efficiency, less baggage. 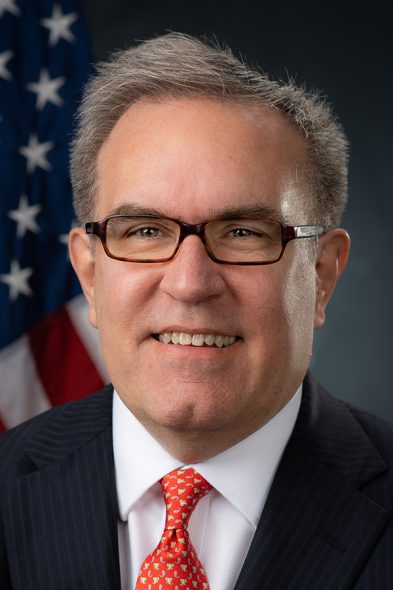 Andrew Wheeler. Photo is in the Public Domain.

The worst head of the U.S. Environmental Protection Agency in history, Scott Pruitt, is gone. But I’m not celebrating. I’m not popping any champagne corks. I’m not even cracking a smile. Why? Because his replacement, a coal lobbyist named Andrew Wheeler, is likely to be even worse

After accepting Pruitt’s resignation, Trump immediately named Wheeler as EPA’s acting administrator. Wheeler will continue Trump’s relentless war on our outdoors, albeit with more efficiency and less baggage than Pruitt.

Pruitt’s resignation was not due to his efforts to undermine decades of progress cleaning up our environment, but by his callous disregard of any semblance of ethical conduct. He squandered taxpayer money on luxury travel and misused his taxpayer supported staff for personal errands ranging from obtaining his favorite moisturizer to trying to cage a used mattress from the Trump Hotel (yes, really!). He tried to use his public position to get a high paid job for his wife and to get her a Chick-fil-a franchise. Most notoriously, he rented a condo from an energy lobbyist for $50 a night. Just try and get a room at the Trump Hotel for that rate. No wonder he’s the subject of 13 different investigations into his misconduct.

His replacement, Andrew Wheeler, won’t need to get a bargain basement rental from a dirty fuels lobbyist. He can just sleep in his own bed since he already is a lobbyist for polluters. Wheeler has devoted his career to advocating for weaker environmental protection. Most recently, he has been a lobbyist for coal and chemical industries.

As EPA administrator, Pruitt attempted to roll back dozens of rules that protect our environment including fuel efficiency requirements for cars, pollution standards for sewage treatment plants, limits on industrial air pollution, restrictions on toxic discharge from power plants into public waterways, controls on the dumping of coal ash waste in rivers and streams, protection for our National Parks from air pollution, protection for wetlands, limits on methane for oil and gas drilling, limits on mercury pollution, and safety rules for facilities that use hazardous chemicals.

While Pruitt did much damage, he wasn’t especially competent and many of his efforts have been delayed due to his the slipshod work. Andrew Wheeler by all accounts will pursue Pruitt’s anti-environmental agenda with equal vigor, but probably with more success. As the Vice President of Environmental Defense Fund puts it “Wheeler is much smarter and will try to keep his efforts under the radar in implementing Trump’s destructive agenda. That should scare anyone who breathes.”

Before coming to EPA, Wheeler worked for two of the most aggressive opponents of climate science. He was a top aide to Sen. Jim Inhofe of Oklahoma who has consistently fought any efforts to address the climate crisis. He lobbied for Murray Energy Corporation which has a long record of worker safety and pollution abuses and which has bankrolled campaigns against climate science and clean air safeguards. Wheeler fought the Clean Power Plan and tried to get taxpayers to bail out failing and polluting coal plants. In his advocacy for dirty air, Wheeler has fought against limiting mercury poisoning and against protections to control the amount of ozone in our skies.

Nancy Pelosi’s reaction to Wheeler’s appointment summed up the situation well. She said “It is deeply concerning that the president has chosen to elevate a coal lobby kingpin even more focused than his predecessor on advancing the toxic Trump agenda and destroying critical protections for the health and safety of families.”

Too bad Al Capone isn’t still around – Trump could appoint him to head up the FBI.