Run by Eric Holder, with money from George Soros and AFSCME.

By Wisconsin Democracy Campaign - Jul 3rd, 2018 01:27 pm
Get a daily rundown of the top stories on Urban Milwaukee 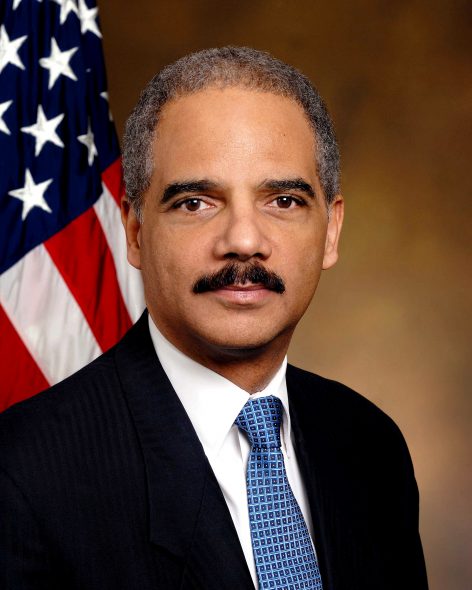 Eric Holder. Photo is in the Public Domain.

The National Democratic Redistricting Committee is a new group that advocates redistricting reform and supports Democratic candidates for state and federal offices throughout the country. In its first six months of outside spending on Wisconsin legislative and statewide elections, three of the four candidates backed by the committee won their races.

The committee also took Republican Gov. Scott Walker to court to successfully force special elections in June. In one of those races, a Democrat captured northeastern Wisconsin’s 1st Senate District for the first time since the 1970s.

The Washington, D.C. group’s game plan for redistricting reform is to help elect Democratic candidates around the country ahead of the 2020 U.S. Census. The 10-year Census results are used by state and local officials to redraw legislative and congressional boundaries based on population changes. The group’s website says it “is building a targeted, state-by-state strategy that ensures Democrats can fight back and produce fairer maps in the 2021 redistricting process.”

Wisconsin is one of 12 states the group has targeted in the 2018 elections to defeat Walker’s reelection effort and help flip the state Senate, which is currently held by an 18-15 Republican majority. “This is a critical election year for redistricting because it is the first cycle where the officials elected will serve during the redistricting process in 2021,” the group says on its website.

In Wisconsin, the committee operates as an unregistered independent expenditure committee, which means it has to file election spending reports, but it does not have to disclose its contributors. So far, the committee has spent $225,000 on electioneering in Wisconsin during the first six months of 2018. That includes $165,000 to support Rebecca Dallet’s election to the Wisconsin Supreme Court in April and another $60,000 in three legislative special elections. All of the group’s election spending was for online advertising.

The national committee must report its fundraising and spending activities to the U.S. Internal Revenue Service because it is classified as a nonprofit political organization known as a 527 group. The committee’s 527 reports to the IRS from late 2016 through March 2018 show that it raised more than $8.3 million to spend on state and federal elections throughout the country. Its top donors are unions and wealthy longtime Democratic donors, including:

American Federation of State, County, and Municipal Employees (AFSCME), about $506,225

The organization was created in 2016 and it is chaired by Eric Holder, the former U.S. Attorney General under Democratic President Barack Obama.

The group also operates a federal political action committee (PAC) that makes direct contributions to candidates. Federal Election Commission reports show the PAC raised nearly $1.2 million mostly from individual contributions and spent about $349,300 between January 2017 and March 2018. As of March 31, the PAC had about $815,600 in the bank. Its largest expenditure was a $250,000 contribution to Democratic Gov. Tom Wolf of Pennsylvania.