Legislator and trial attorney calls himself a fighter, not an “elitist,” in Democratic primary for governor.

By Laurel White, Wisconsin Public Radio - Jun 20th, 2018 11:56 am
Get a daily rundown of the top stories on Urban Milwaukee 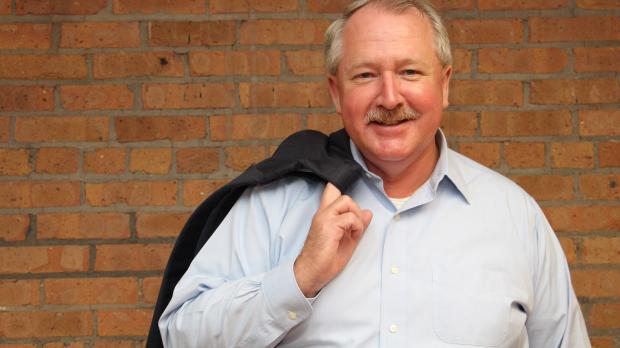 Carlea Jo Lauer first met Dana Wachs in 2010 during a very difficult time in her life.

She had just been in an awful car accident that had left her paralyzed from the waist down.

“I was in the hospital for 107 days and I was doing speech therapy, physical therapy, occupational therapy, and then I was also doing my schoolwork on top of all of that, because I wanted to graduate with the rest of my class,” Lauer said.

She was a sophomore in high school when the accident happened.

Wachs, a trial attorney, came to the hospital to visit Lauer. Her mother had hired his law firm, Gingras Cates & Wachs, to represent her in a lawsuit following the accident.

“You know, I always felt comfortable that I could cry or I could scream or I could swear,” Lauer said of her relationship with Wachs. “I could do whatever I needed to do to express myself and he was always supportive of that.”

Lauer said Wachs, now a Democratic state lawmaker and 2018 candidate for governor, was comfortable sitting with her in her most vulnerable moments. She thinks that says a lot about who he is — that and the fact he could make her laugh, even in the darkest moments.

“Total dad jokes,” she laughed. “I think that’s important for people to know.”

Wachs, 60, is one of several Democrats hoping to win his party’s nomination to challenge GOP Gov. Scott Walker for the governor’s office this November.

The state representative, who has continued his law practice while representing a portion of western Wisconsin in the state Legislature, says his work as a trial lawyer is a lot like his work in the Capitol. He sees both jobs as opportunities to fight for people without a lot of power.

“I don’t represent the big corporations, I represent regular people in terrible circumstances in life,” he said.

Wachs took one lawsuit all the way to the state Supreme Court in 1996. His firm won the case, which challenged a doctor for failing to inform a patient about the risks of a surgical procedure on her brain.

The plaintiff, Donna Johnson, was injured during the surgery and lost her ability to walk and control her bowel movements. Her vision and speech were also impaired.

Wachs said he has stayed in touch with Johnson and her son in the years since the case.

“She’s a wonderful lady, and even with all of this, she maintained a sense of humor,” Wachs said of Johnson. “It really gives you faith in the human condition, when you see someone who faces that kind of thing.”

Dan Freund, a longtime friend and colleague of Wachs’, first met the lawmaker when they were young lawyers practicing in Eau Claire.

Freund said Wachs, who he described as “the kind of person I expected to be in Wisconsin when I moved here,” didn’t talk about running for office in those early days.

He’s not too surprised his friend ended up in public service, however.

“I think to some extent it’s the logical extension of his work representing injured parties against big insurance companies and being an advocate for those who couldn’t necessarily advocate for themselves,” Freund said.

Wachs is proud of his history as a trial lawyer, but some might see it as a political weakness. Opponents often try to paint trial lawyers as “ambulance chasers,” people who take advantage of the injured for their own financial gain.

The state Republican Party has already labeled Wachs a “liberal trial attorney” on an opposition website, a clear sign they’d like to stoke any negative feelings or perceptions voters might have about the profession.

Critiques of his profession aren’t the only potential hiccups the Wachs campaign might have to contend with in the coming months.

Last year, a document leaked from his campaign called Wachs a candidate who has, “progressive values without the veneer of a Milwaukee elitist or a Madison liberal.”

The “Milwaukee elitist” and “Madison liberal” monikers stung for some in the party’s base.

“It is unfortunate, how it was worded,” Wachs said. “I think the wording was a bit on the clunky side.”

Wachs said he didn’t write the memo, but he sticks by the argument that he appeals to a different type of voter than others on the Democratic gubernatorial ballot.

“I will, in this election, be able to appeal to voters all over the state, from Superior all the way to Kenosha,” he said.

He attributes that appeal to his hunting and fishing hobbies and his dedication to conservation.

“I think these are the types of hobbies and values that folks in the north and west part of the state, and the rural areas, by and large, are very attentive to and can identify with,” he said.

Wachs isn’t the only lawmaker from western Wisconsin in the governor’s race. State Sen. Kathleen Vinehout also represents the area. Vinehout is a hunter as well.

Aside from his broad appeal, Wachs has made his opposition to Wisconsin’s multi-billion dollar deal with tech giant Foxconn a big part of his campaign. He is uniquely positioned to do so among Democrats running for governor, as he sits on the board of the Wisconsin Economic Development Corporation, which negotiated and approved the state’s contract with Foxconn.

Wachs voted against the contract and was a high-profile critic during its negotiation.

“I think it’s a terrible squandering of state resources — three billion spent on one company, buried deep in one industry, is a heck of a lot of eggs in one basket,” he said.

Wachs said the contract didn’t do enough to protect Wisconsin companies and Wisconsin workers, among other things.

“This government has strayed from regular folks,” he said. “It’s strayed on a mistaken belief that somehow if you give the benefits of society to the people at the very top of the economic pyramid, somehow that’s going to trickle down to everybody else.”

The needs of regular people are falling on deaf ears in the state Capitol, Wachs says. And he believes he’s the candidate who can change that.