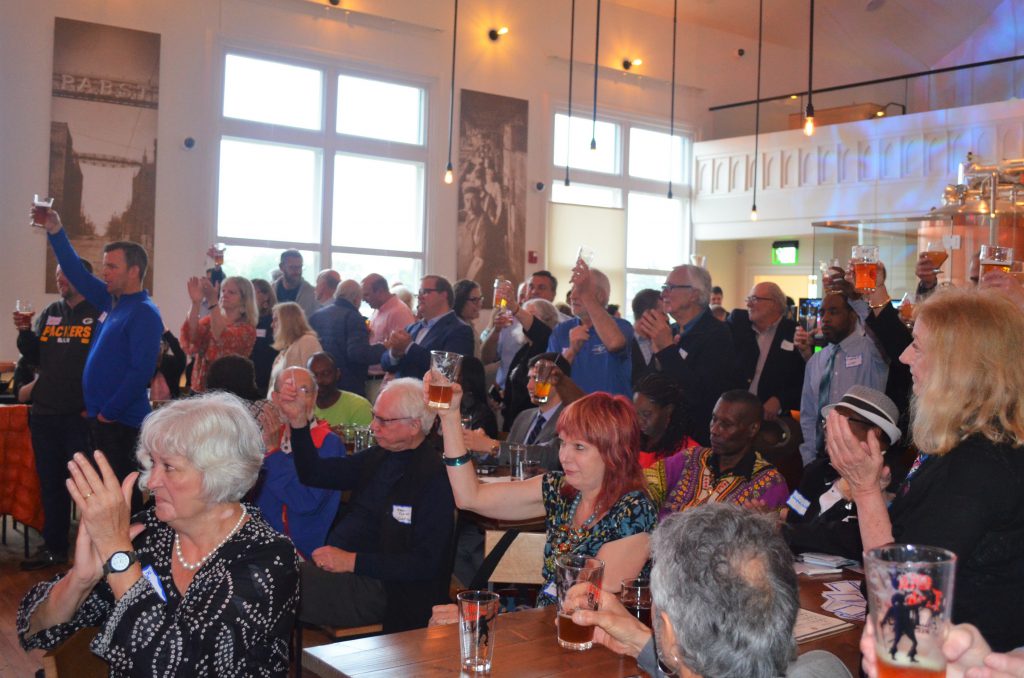 Celebrating 10 years of Urban Milwaukee at the Pabst Brewery and Taproom. Photo by Jack Fennimore.

The publication was co-founded by president Jeramey Jannene and publisher Dave Reid in June 2008, with Bruce Murphy joining as editor and partner in 2012. Since then the publication has grown tremendously, going from a couple articles a week to over 45 every week with an additional 100 press releases from non-profit organizations, businesses, area politicians and government institutions. Readership has grown to more than 6 million page views per year.

The anniversary drew the support of Milwaukee’s two political executives. Mayor Tom Barrett, who was unable to attend the event, issued a proclamation declaring June 19th, 2018 UrbanMilwaukee.com Day throughout the city. County Executive Chris Abele made a brief appearance at the event to extend Barrett’s reach and proclaim it UrbanMilwaukee.com Day throughout all of Milwaukee County. Take that River Hills.

Urban Milwaukee president Jeramey Jannene gave a brief speech thanking all of the publication’s writers and advertisers, as well as promoting the publication’s membership program, which has enabled record growth in 2017 and a sustainable future. Urban Milwaukee has now surpassed 350 members, who’ve joined to support a publication they value — and to be eligible for free tickets, insider tours and other giveaways by the publication. If you’re among the many thousands of readers who read us on a daily basis, and you haven’t yet joined, today would be a great time to do so and become an Urban Milwaukee insider.

Jannene was later joined on stage by a diverse array of Milwaukee politicians. State senators Chris Larson and LaTonya Johnson, aldermen Robert Bauman and Nik Kovac and county supervisor Sequanna Taylor all gave brief remarks in support of the publication and the critical role of the media.

The setting was splendid: the high ceilings and period splendor of the 145-year-old former church, now the Pabst Milwaukee Brewery & Taproom, won much praise from attendees. And true its name, the Taproom served a dozen or so different tap beers for folks to enjoy, including old-time favorites like Andeker and Pabst Old Tankard Ave, and newer Pabst choices like a couple different IPA brews.

To help wash down those refreshing brews, the hundreds of guests were treated to food from Black Shoe Hospitality (Maxie’s, Blue’s Egg and Story Hill BKC), Fresh Thyme Farmers Market, and Topper’s Pizza. No one left hungry. 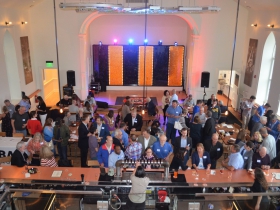 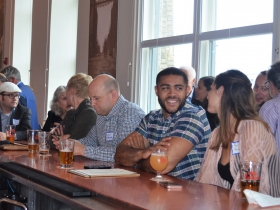 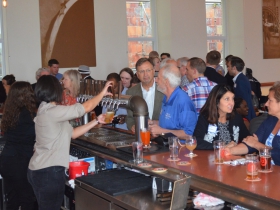 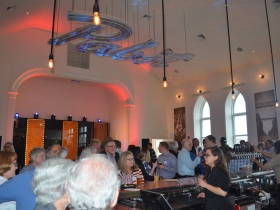 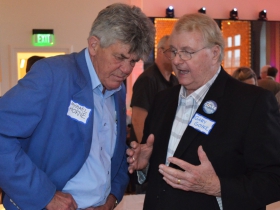 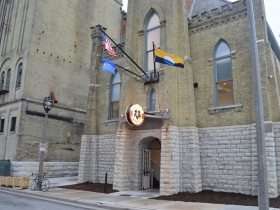