New place in old Jacques’ space is promising, worth a try. 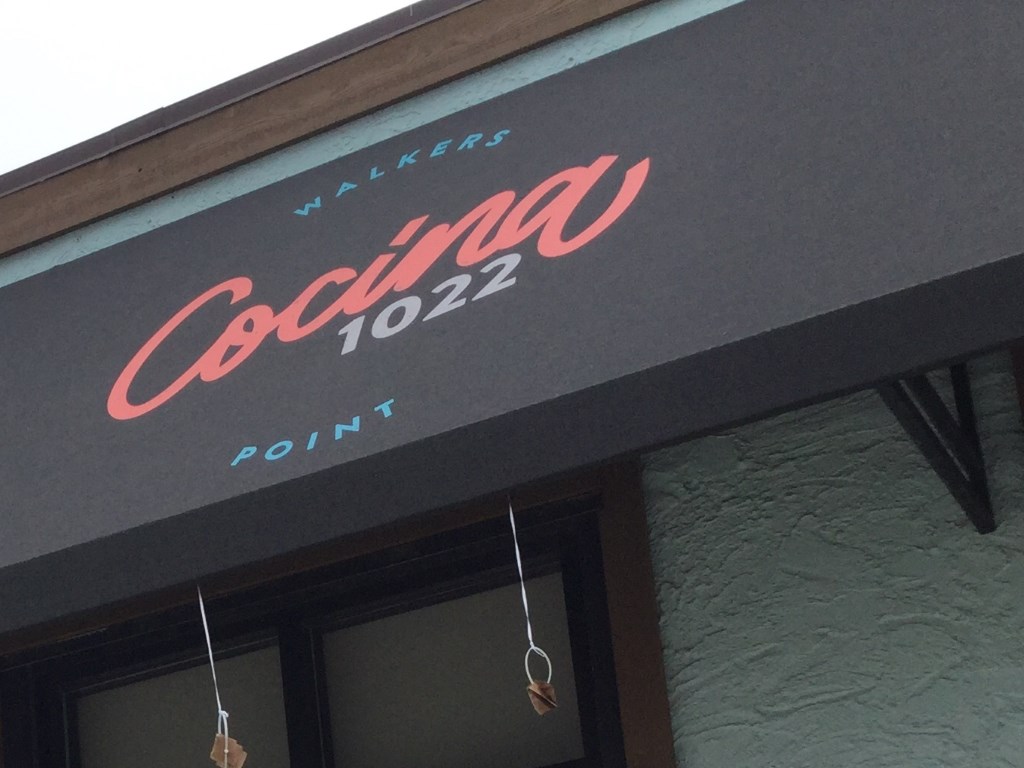 In April, Cocina 1022 opened in the space formerly occupied by Chez Jacques on 1st Street in Walker’s Point. It’s gilding the lily to add another Mexican restaurant to this neighborhood already saturated with the good, the bad and the boring. In two visits, I was only able to sample so much of Cocina’s lengthy menu, so consider this an initial report.

Owner Kevin Lopez did a nice job of taking a French restaurant and converting it to a different kind of happy space with bright colors on the walls, rustic wooden trim, new tables and a tile floor. If you sit in the bar or one of the two front dining rooms, you miss the best part of the makeover. In the small back room, the walls are covered with murals depicting street scenes from San Miguel de Allende. I know because I recognized La Parroquia, the church in the center of the town across from the jardin. Our server showed us the photographs which artist Michael Cerda used to create a sense of being there, on the street, looking directly at La Parroquia. Because I’ve been to San Miguel so many times, I can name the street, Aldama.

Lopez kept the little birdcage from Chez Jacques in the back corner of that room as well as the French-inspired mural on the patio. If the rest of the walls in the restaurant look a little bare, that’s only temporary. Our server assured us there will be art coming soon, perhaps a Diego Rivera or Frida Kahlo reproduction or two. For the moment, tiny cactus plants on each table add a south-of-the-border vibe.

We experienced some confusion at our table at lunch regarding the two different menus, one labeled lunch, the other neither lunch nor dinner. Our server said not to worry, at least for now, everything on both menus is available from the kitchen.

From Appetizers, we were disappointed with the Picaditas, or sopes. These are masa cakes, hand formed, topped with black beans, lettuce, chopped tomato, cheese, and a choice of Nopales, Chicken tinga or Steak al carbon. I went with chicken and found it juicy and full of tomato chipotle flavor; however, my sope was overcooked, thus missing a tender interior underneath the crisp crust. The flavors were spot on; it was just hard to eat because it fell apart when I bit into it.

My companion’s guacamole had chucks of avocado in the mix with tomato and onion and came in a little crisp bowl like a small flauta.

When the service seemed slow, we decided it was because everything was made to order and we needed to be patient. We also noted reasonable prices and liked the generous portions.

Friends and I sampled the Al carbon steak twice, once in a taco with onion and cilantro, and once in a quesadilla, and found it tender in both dishes. The Calabaza or pumpkin taco was especially tasty as was Chicken tinga combined with lettuce and cilantro. Likewise, the Pastor taco with grilled pineapple and the Chorizo taco with chipotle sauce were delicious. The tacos are packaged in two corn tortillas, a Mexican street-food touch, a way to keep the filling inside the taco and not in your lap as often happens with the average restaurant taco.

The quesadillas had been toasted on the grill before they were folded over the filling making a package more like a taco than a quesadilla.

Chili Rellenos with ranchera sauce, a mix of peppers and onions in a tomato sauce, came with enough sauce to scoop and eat with the accompanying warm corn tortillas.

Contrary to our server’s suggestion that Cerviche, a mix of shrimp and scallops, was enough for a meal, we decided it was tasty with added flavor from house Pico de Gallo, but still needed something more to call it a meal.

The most unusual items on the menu came from Sides: Esquite, roasted corn, and Papas con Chorizo. The papas were just as described, potatoes served in a bowl with small pieces of sausage, a delicious treat as a side. For the esquite, they deconstructed the popular street corn. Instead of serving it on the cob smeared with mayo, lime, cotija cheese, and chile, they cut the corn off the cob and served it in a bowl topped with limey mayo. They added chile for heat and mixed in small pieces of cotija cheese. We all agreed, we would return for another chance to enjoy that sweet, tangy, spicy, even buttery esquite.

There’s more on the menu, tortas, salads, and traditional Tex-Mex tostadas, gorditas, and flautas. At dinner they heat up the grill for Fajitas, Char-grilled skirt steak, and char-grilled ribeye with seared poblano.

Of course, they offer the usual chips and salsa, red and green. If you want some heat, ask for green. We found the red tomato-based salsa bland while the roasted tomatillo green had a fresh tart flavor.

Still to come, we were told, are desserts, possibly tres leche, flan or cheesecake, as well as a daily buffet to be served in the back dining room.

We didn’t sample House Drinks though they sounded enticing, but we did order house-made lemonade and found it as promised, freshly made with real lemons. At our request, they added a salt rim, creating a kind of faux margarita.

There you have the sum of my two visits to Cocina 1022. Good, not exceptional food, excellent service, nice ambiance, and always a plus, easy parking on South 1st Street. 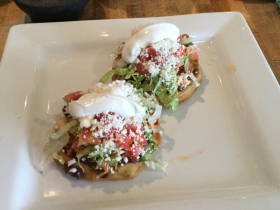 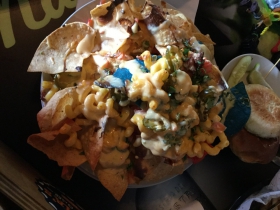 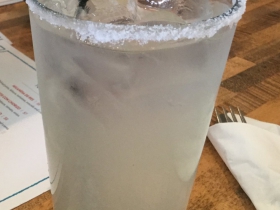 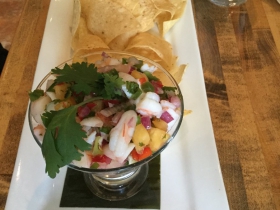 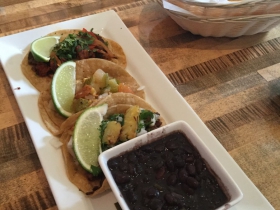 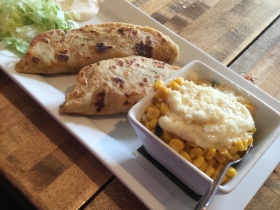 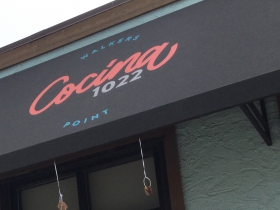 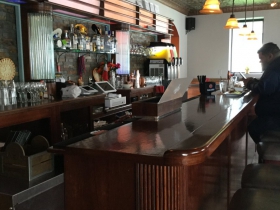 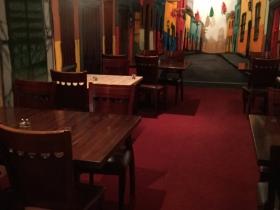