New office tower will start to climb upwards after 13,980 tons of concrete are put down. 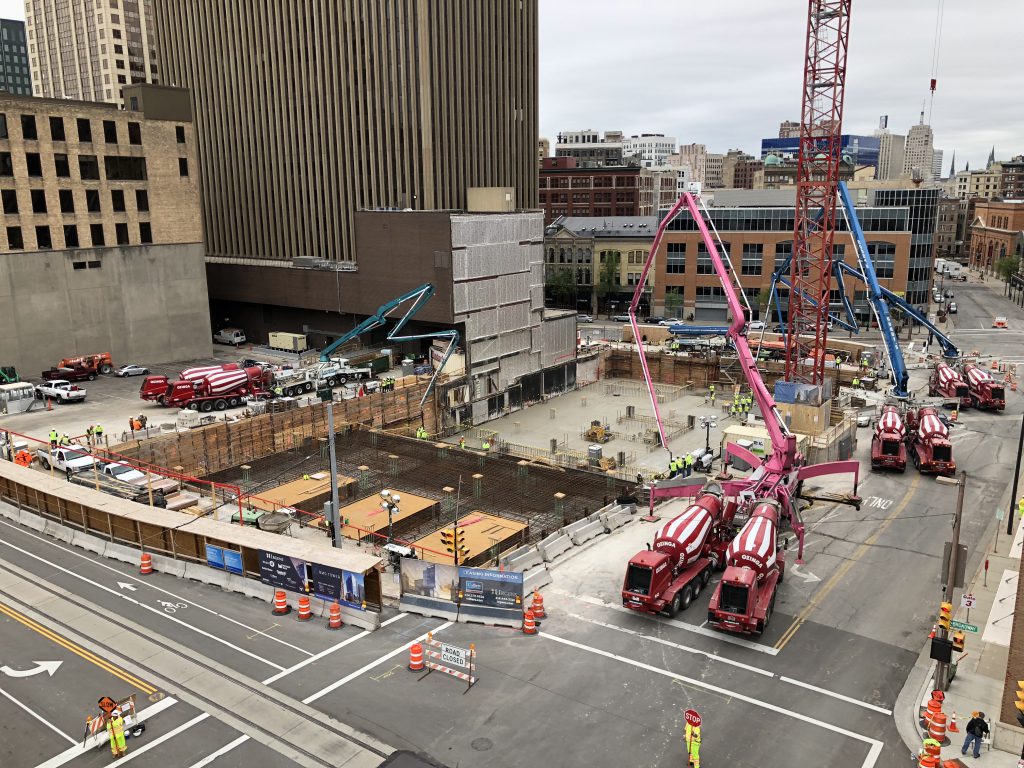 Despite that it’s more than a year from opening, the site of the BMO Tower is going to be quite busy this weekend.

Concrete mixers will line E. Wells St. virtually all weekend as a 25-hour concrete pour is underway to build the foundation for the 25-story office tower.

Once the clock struck midnight on Saturday morning, crews from building general contractor J.H. Findorff & Son and concrete supplier began the process of pouring 13,980 tons of concrete into a hole in the ground at the corner of N. Water St. and E. Wells St. Approximately 40 workers will be on site at any given moment for the duration of the pour.

Where does all of the concrete come from? In this case it’s coming from Ozinga facilities in nearby Oak Creek and West Allis. Drivers will supply 6,700 yards of concrete, the biggest pour since Northwestern Mutual‘s 10,000-cubic-yard pour in April 2015.

Drivers will make 670 trips by the time the process wraps up Sunday morning, with a new vehicle arriving every two to three minutes. Helping support that concrete is 84 miles of rebar weighing 580 tons.

The foundation has an estimated cost of $2 million.

The 359,920 square-foot tower will replace the now-demolished 417-stall parking garage at 790 N. Water St. BMO Harris Bank, which acquired M&I Bank in 2011, will occupy 123,000 square-feet in the tower, spread over floors 11 through 15, with a flagship, two-story bank branch on the corner of N. Water and E. Wells streets. Law firm Michael Best & Friedrich will lease 59,000 square-feet of space spread across two-and-a-half floors at the top of the tower. An eight-level parking garage at the base of the tower will include 647 parking spaces.

Irgens Partners is developing the $132 million project. Kahler Slater is serving as the project architect.

As part of big redevelopment scheme, Irgens will also redevelop the existing, 21-story BMO office building. That part of the project won’t start until 2020 at the earliest. Developer Mark Irgens has suggested a mix of uses could be included in the overhauled tower, including workforce housing, a hotel or office space. 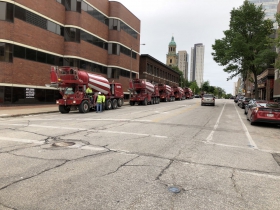 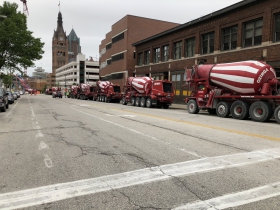 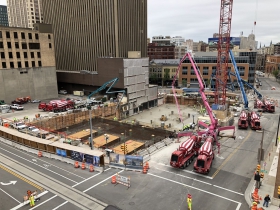 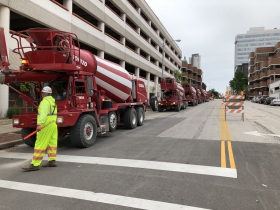 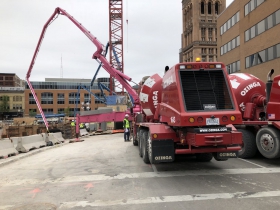 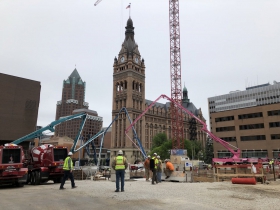