Oh Camino, I Love You

Inventive Walker’s Point restaurant has so much more than burgers. 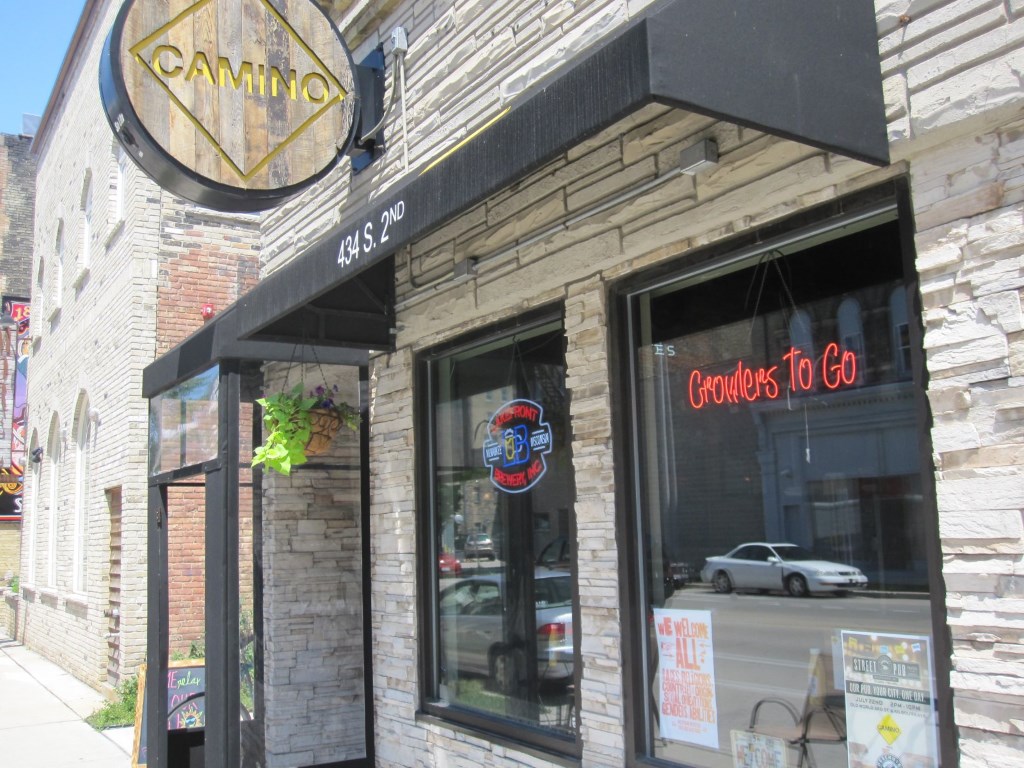 There’s so much to like at Camino, I don’t know where to start. Most know it as a go to place in Walker’s Point for a seriously delicious burger, but after two recent visits, I can say it’s so much more than a good burger joint.

On my first visit I chose Soup du Jour — Coconut Curry — the Tuesday vegan soup and found it, just as our server suggested, spicy with a kick. It was also smooth and sexy, plus it had enough curry flavor to make it addictive. On Tuesday, also Mega Dog Day, they serve $10.00 half pound wagyu beef dogs with a choice of sides and $4.00 pints. You can get your dog four ways: with three-bean chorizo chili; with mushroom ragout and blue cheese sauce; with German-style kraut; or Italian-style with marinara and mozzarella.

Since we weren’t in the mood for dogs, my companions and I went directly to the sandwich menu and ordered a BBT, candied bacon with basil, tomato, and mayo on toasted sourdough, a burger, and the Cubanski, a classic Cuban sammie. Then for an additional $3.00 each we added sides, fries and Crispy Brussels from the Sides.

The BBT overflowed with candied bacon, the reason to order this sandwich, and likewise the Cubanski had enough slices of tender roast pork to satisfy meat lovers. We found the burger a bit dry, maybe because it was ordered medium-well, surely a glitsch as Camino has made its reputation by serving delicious burgers. Perhaps the list of toppings has contributed to their burger reputation as most bars don’t put Mushroom Ragout, Fried Brussels, Beets, or Pickled red onions on their burgers. From a list of 24 toppings, there should be one for every taste.

To spruce up the fries or anything else on the plate that might benefit from something extra, Camino offers a dozen dipping sauces. We ordered Korean BBQ and Nashville. The Korean tasted of soy and ginger while the Nashville was spicy, hot, and smoky. Both raised our limp fries to another level of interest and flavor.

The Brussels Sprouts made my top ten of unique bar food sides. The chef shredded and sauteed the sprouts, a fresh approach to this veggie which he served in a cup topped with toasted bread crumbs.

On Wednesdays it’s Burgertime with $10.00 specialty burgers and a side. The also offer a vegan burger because as our server put it, “We try to cater to everyone’s needs.”

To infuse the chicken with rosemary in this mac and cheese, the chef roasted it with the fresh herb, then pulled the chicken and blended it into the creamy sauce. At the last minute he drizzled rosemary oil over the pasta to add a final flourish and a few more calories. It’s soft, luxurious, a tour de force, simply an exceptional mac and cheese. Like everything at Camino, the mac is cooked to order. I know because I watched it bubble on a hot plate at the end of the bar tended by a chef while he simultaneously worked the flat top grill. He was a busy man, so it’s good to know someone in the back kitchen was prepping for him.

For another twist on a standard, the Beet Reuben, they substituted roasted beets for corned beef. The balance between sweet beets and tangy sauerkraut served on toasted rye with swiss cheese, Russian dressing, and caramelized onions, made a happy sandwich surprise.

I can’t write about Camino without a shout out to their selection of craft beers on tap, 20 to be exact, plus a lengthy list of cans and bottles and three kinds of cider, Pear, Basil and Mint, and Seattle Cider Oaked-Maple with raisins and pure Vermont maple syrup. Wild.

After food and beer, you can indulge in Luke’s Homemade New York Style Cheesecake, or a Sprecher Root Beer float, or, you can walk a few blocks north on Second Street and finish off your meal at Purple Door Ice Cream. 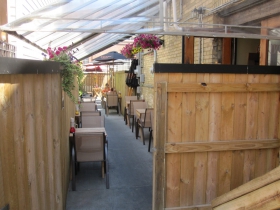 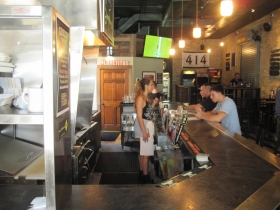 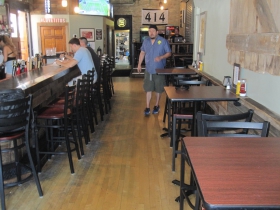 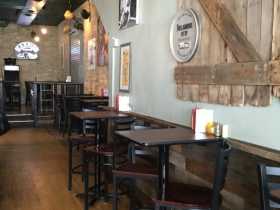 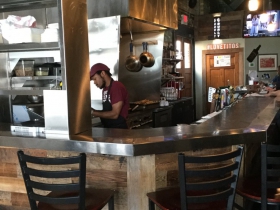 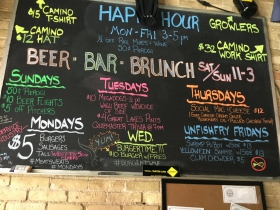 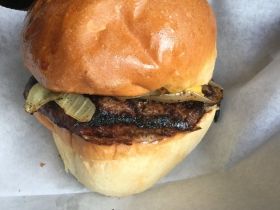 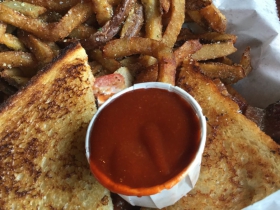 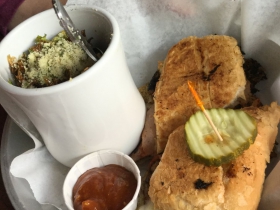 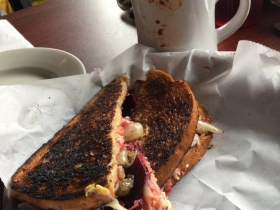 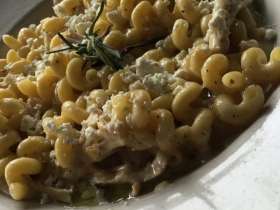 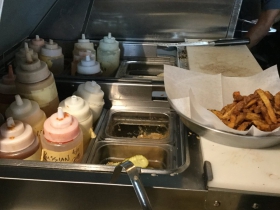