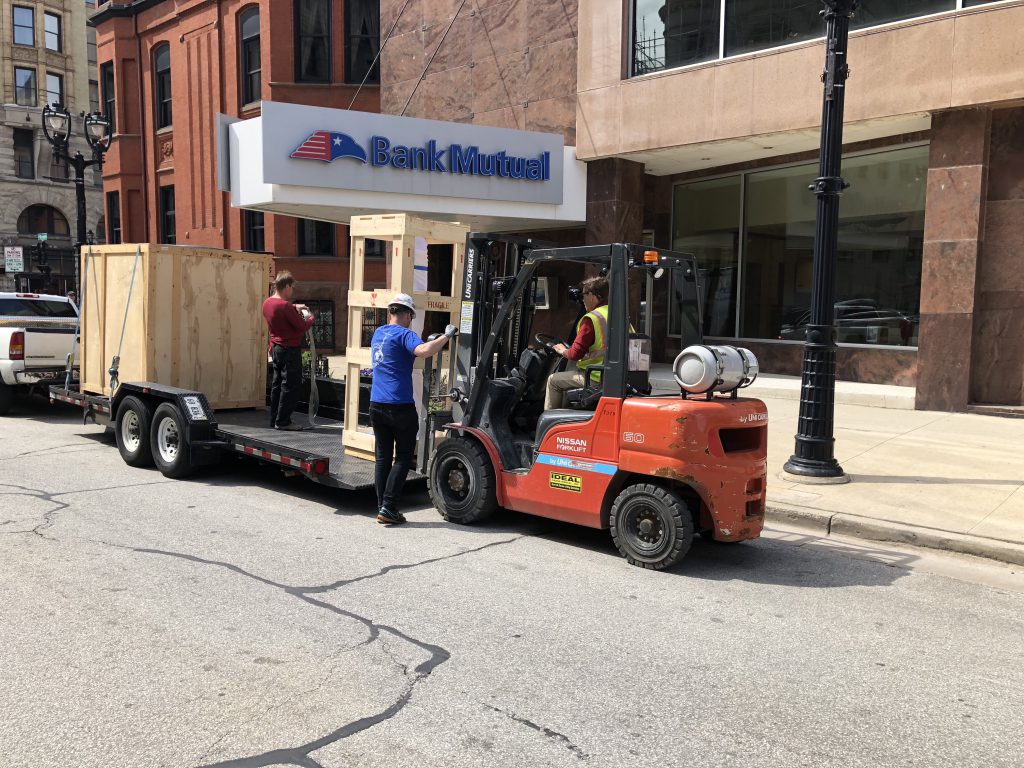 Without much fanfare world-class art has begun returning to Wisconsin Ave. That won’t last long.

The first two of the 21 sculptures planned for the second installment of Sculpture Milwaukee were installed Thursday afternoon. Crews from Methods & Materials and KEI worked diligently alongside project director Marilu Knode to install the large pieces. The first piece, Kiki Smith‘s Seer (Alice II) 2005, was installed in the garden in front of Northwestern Mutual Tower and Commons. The second, Sanford Biggers‘ BAM (Seated Warrior) 2017, was installed in a large planter outside of the Milwaukee Club.

They’ll stay under wraps until June 1st when the exhibition begins. The exhibition, which was met with rave reviews last year, is scheduled through October 21st.

All of the art, with the exception of one borrowed from a private collection, are available for purchase with a percentage of each sale going toward Sculpture Milwaukee’s future installations.

One sculpture from last year’s exhibit has found a permanent home Downtown. Tony Cragg‘s towering piece Mixed Feelings was installed outside of City Hall in late April thanks to an anonymous donor. Three additional pieces were sold as a result of the inaugural exhibition.

Building anticipation for what is to come, Sculpture Milwaukee announced Wednesday that one of Robert Indiana‘s iconic LOVE sculptures would be part of the 21 sculptures installed along Downtown’s main street. 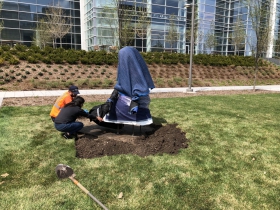 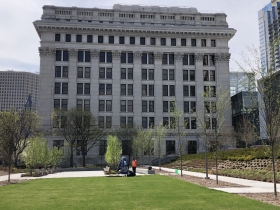 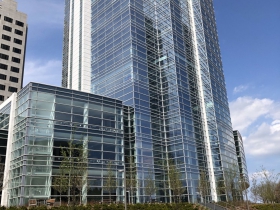 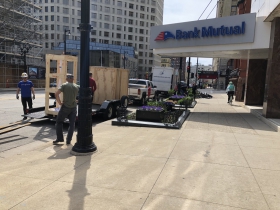 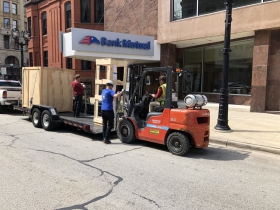 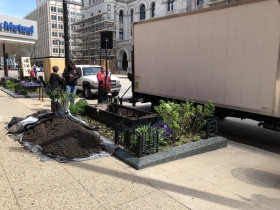 One thought on “Eyes on Milwaukee: Sculpture Milwaukee Installation Begins”