There will be disruptions “at a rate and scale never seen before.” 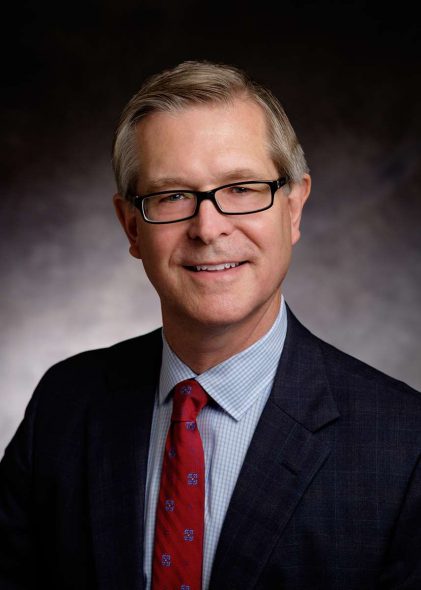 Some of the best minds in Wisconsin on health care economics “summited” last week at Concordia University, armed with ideas for improving the delivery of care, but less than clear or optimistic about the way forward for disrupting a broken business model.

The Mequon location overlooking the expanse of Lake Michigan was a good place for a big think about health care economics, far better than the barren islands inside the beltways of Washington D.C. or Madison, Wisconsin, where concepts advance or die not on their merits, but on the size the donation check attached. Both parties came up short on a sound national plan.

Skepticism, even cynicism, aside about positive change in the Medical Industrial Complex (MIC), there were some take-homes at Concordia that merit inclusion in the national debate about the stifling impact of out-of-control medical costs. And there was an underlying faith that in the long term, despite enormous inertia, good concepts will work their way into law, regulations, policy and practice.

The private sector, which directly pays about half the nation’s medical bill and indirectly through taxes pays the other half, is where most of the innovation is surfacing and where most of the take-homes will be put to use.

1. Consolidation of hospital corporations, for-profit and non-profit, will continue as they assemble pricing power on the sell side. The touted cost savings from integration did not garner much credibility.

2. Health insurers, the ultimate middlemen, are headed for greener pastures. Aetna is selling out to CVS. Humana may sell to Walmart. United Health Care now employs 30,000 primary care doctors, more than most major hospital systems. They have all moved from the buy-side toward the sell-side as major players like Amazon, Berkshire Hathaway and JP Morgan Chase prepare to take out MIC middlemen.

3. Bundled prices ($26,000 all-in for a joint replacement, half price compared to market) are coming down the tracks, but major providers will harvest high, opaque prices as long as possible.

4. Transparency on the quality of hospitals, clinics and doctors is moving more slowly than transparency on prices, but there are glimmers of hope for something like Consumer Reports for health care. Jeff Bezos, Jami Dimon and Warren Buffet could inaugurate tough quality audits, as is the norm in most industries. We know who the best baseball hitters and pitchers are. Why not the best bone doc?

5. Total cost of care should be a key metric for the industry, because prices are not the only element of cost. Inappropriate care adds hugely to medical bills, such surgeons who cut when they shouldn’t cut.

6. Two doctor leaders called for a single schedule of medical prices for episodes of care. Regional adjustments may be necessary.

7. Multi-million treatments are a wrecking ball that should be socialized into high-risk pools, much like Wisconsin used to do and Obamacare eliminated. Re-create them at the state or national level. Take those risks, including pre-existing conditions, out of regular insurance pools. That would lower premiums. One to three percent of the population generates 50%-70% of health costs, a bigger disproportion than ever before.

8. Specialty drugs are ruining health plan economics. Allow drug purchases from abroad. Though no one likes price controls, government intervention may be necessary.

Dr. John Raymond, CEO of the Medical College of Wisconsin, summed up one general theme of the summit: “Cost is prohibitive for everyone.”

The most recent numbers from Milliman, a top actuarial company, put health costs for a family of four in an employer at almost $27,000 per year. That is about half of median U.S. household income. The employee share was $11,685 in 2017.

There was one ray of sunshine; costs rose 4.3% in 2017, the lowest rate since Milliman started tracking medical inflation in 2001

Reformers and payers are slowly forcing a bend in the inflation curve, but it’s still two times the general rate of inflation.

There was general agreement with Dr. Raymond’s statement that “there will be disruption at a rate and scale never seen before.”