On a quiet Lower East Side backstreet, a new apartment building from Ogden Multifamily Partners has begun to rise. The project, which draws its name from at 910 E. Land Pl., probably couldn’t be placed on a map by most Milwaukeeans, but a unique site topology will soon render it visible from one of the city’s most impressive vistas.

The rear of the site for Nine10 at Land Place slopes sharply downhill towards N. Water St. and the Milwaukee River. To fit a building on the site, design firm Striegel-Agacki Studio designed a large support beam that will support the rear of the building. That support will be clearly visible to patrons of Red Lion Pub, which is located below the project along N. Water St. Riverwest residents and visitors will also find the building emerging from their skyline photos taken from Kilbourn Park.

An Apartments.com listing notes that the project will include an even mix of one- and two-bedroom units, but rental rates are not listed.

The project, which is not far from Ogden & Company Inc.‘s office at 1665 N. Water St., is the firm’s second in the neighborhood in as many years. The firm recently completed the Keystone on Brady mixed-use apartment building. That project, which sits at the northwest corner of the intersection of E. Brady St. and N. Humboldt Ave., occupies one of the most visible locations on one of the city’s classic streets according to Ogden principal Jason Pietsch.

The firm is leading the general contracting on the project with their construction affiliate, Ogden Construction Group. A small garage was demolished to make way for the new building.

Sleepy E. Land Pl. has seen a lot of change in recent years with a vacant lot at 936 E. Land Pl. being replaced by a new spec home that sold for $379,000 according to city records.

The building is scheduled for completion in 2019. 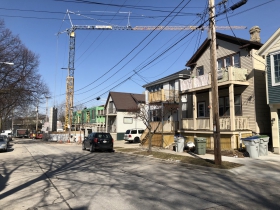 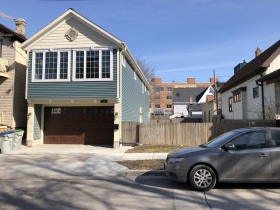 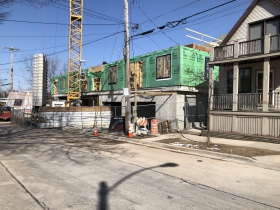 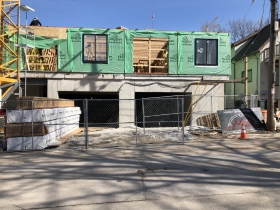 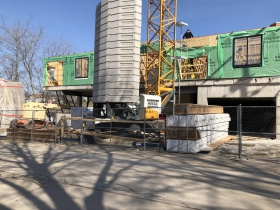 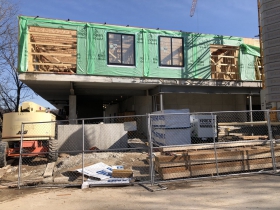