But the technology could heighten safety, if state takes rights steps. 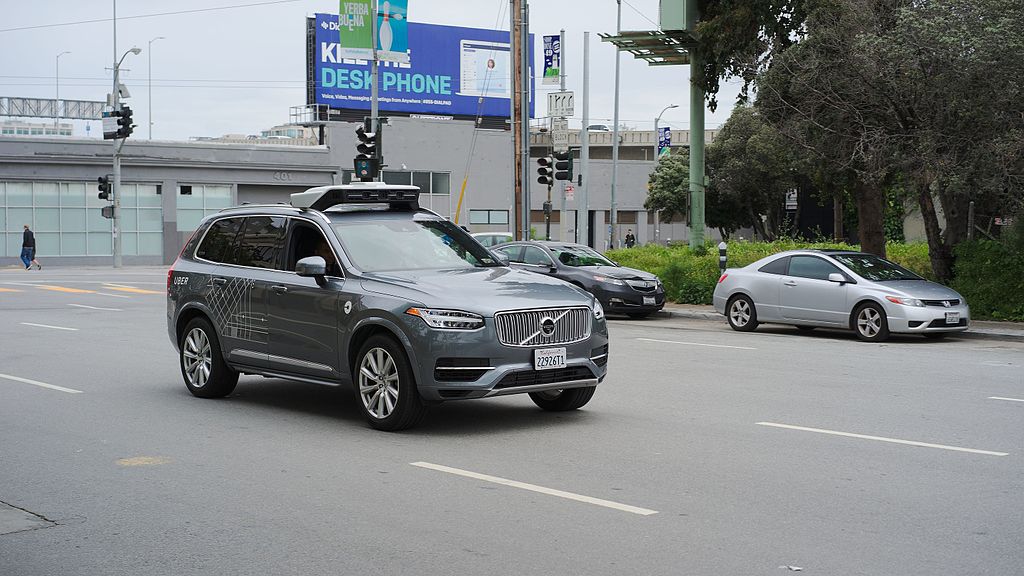 A self driving Uber seen in San Francisco. Photo by Dllu (Own work) [CC BY-SA 4.0 (https://creativecommons.org/licenses/by-sa/4.0)], via Wikimedia Commons

We were invited to speak today before the Governor’s Steering Committee on Automated Vehicles. This was especially timely given the death last week of a pedestrian who was killed while walking her bike across a street in Tempe, Arizona. Here’s what we said.

Thank you for giving me this opportunity to speak to the committee regarding automated vehicle technology as it relates to people who ride bicycles or who walk. I also appreciate the invitation to talk a little bit about AV’s and cities as a former Mayor of Madison.

With 7,000 members the Bike Fed is the nation’s largest statewide bicycle advocacy group and we also try to represent the interests of pedestrians.

On behalf of the Bike Fed I would like to make the following points.

First, we believe that AV technology will be a positive development for the safety of people who ride bikes and walk. Automated vehicles don’t drink and drive, they don’t look at their cell phones, they don’t fall asleep and they aren’t subject to road rage. The Bike Fed analyzed 26 fatal bike-motor vehicle crashes in 2015 and 2016 and we concluded that at least 15 of those could have been prevented had the motor vehicle been automated. 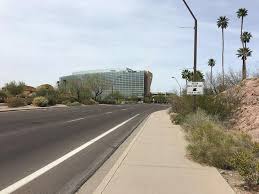 So we applaud the committee’s generally positive approach to the technology. But like any new technology – whether a new wonder drug or a new toaster – it is important that the government looks out for consumers. We can’t always trust private industry to do the right thing.

And that brings me to my second point. The recent death of pedestrian Elaine Herzberg after being struck by an AV in Arizona points out a major issue with AV technology: pedestrians and bicycles represent their biggest challenge. This is especially true of bikes because they are relatively quick and maneuverable and – most important – they and their riders are widely varying in size and appearance. 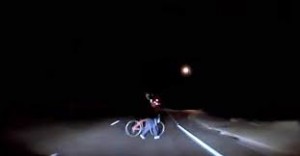 It is probably not insignificant that Elaine Herzberg was walking her bike when she was struck. While the investigation continues, it is possible that one conclusion will be that the presence of the bicycle, even while being walked, complicated the recognition task for the AV. We are confident that this recognition problem can be solved, but it should not be solved at the expense of the lives of people who bike and walk.

So we agree with the Association of Pedestrian and Bicycle Professionals (APBP), which in a statement following the Arizona tragedy wrote, “We believe that more research and testing is needed to ensure automated vehicles are able to recognize and respond to pedestrians and bicyclists. The federal government (or a government-commissioned third party) should create that test, and there should be transparency regarding how well a vehicle performs before it is allowed on community streets.”

Along these lines we have a few suggestions for policy:

1. Don’t allow widespread testing of AV’s on the streets of Wisconsin until national standards have been set. Right now the U.S. Senate is considering S. 1885: the AV START Act to set guidelines for automated vehicle manufacturers to test their vehicles on our streets. The League of American Bicyclists is asking Senators to require AVs to pass a “vision test” to make sure that they can recognize bicyclists and pedestrians.

2. Reinstate Wisconsin’s complete streets law. Another issue in the Arizona death was the lack of safe places for cyclists and pedestrians to cross the wide road where the crash occurred. Whether the driving technology is conventional or automated, cyclists and pedestrians should be given as much protected space as possible. This also benefits drivers because it reduces conflicts. Protected bike lanes, sidewalks and other infrastructure should be provided wherever possible and the complete streets law simply required an evaluation of those options.

3. Repeal the provision enacted in the last budget, which prevents the use of eminent domain for bike and pedestrian facilities. Like the complete streets law, rare and appropriate use of condemnation is just another tool to help construct facilities that will improve the safety of cyclists and pedestrians while providing drivers, either human or automated, with an environment that has fewer opportunities for crashes.

4. Provide more funding for bicycle and pedestrian safety projects. Wisconsin lags many other states, including most of our neighbors, in providing federal funding available or state funding for these facilities. Again, separation of users is good for everyone who uses the street.

Overall, the Bike Fed’s view is that, in the long run, this technology will improve safety for people who bike and walk. But a healthy dose of caution and some regulation in the public interest is called for.

Aside from my comments for the Bike Fed, I also appreciate the chance to offer some thoughts on AV’s and cities as a former mayor. Here again, I view the technology as having overwhelmingly positive potential IF the full build out scenario comes to fruition.

The full build out scenario is one in which AV technology would be combined with car-sharing and ride-sharing aps so that the vast majority of urban residents would not own a car, but rather they would subscribe to a car sharing service. They would call the car to their location on their cell phone, it would arrive perhaps with other riders like a taxi, take them to their destination and be off to pick up and deliver other customers.

Imagine what this would mean for cities.

Since the vehicles would always be moving the need for public parking would be dramatically reduced. In some cities as much as a third of the land area is given over to parking. Parking is low value, ugly and environmentally harmful. It eats up valuable real estate. Municipal lots are tax-exempt and privately owned lots are typically valued on a square foot basis at less than a tenth of commercial buildings. Reducing parking would increase the tax base, provide more attractive urban settings and, when replaced by green space, be a positive for the environment.

And the need for private parking would be reduced as well. This would mean that new neighborhoods could be designed without driveways or garages leading to greater density with all its benefits and reducing the cost of a single-family home.

Also, because of the ability for AV’s to talk to one another they can travel safely closer together, making each lane mile of highway and street more efficient. So, the widening of freeways and streets – which are very destructive to cities – can be foregone and in the future freeways might actually be narrowed.

But there some things to be concerned about. AV technology has challenged some of my core beliefs about cities.

For example, up until recently I fervently believed that cities should only build structured parking as opposed to surface lots and even then the ramps should be built underground. Now, I’m not so sure. With underground parking going for around $60,000 per stall and bonds typically retired over 20 years it’s important to ask if the revenue stream will be available to pay back those bonds in the long run. And underground ramps cannot be converted to anything except perhaps fall out shelters or massive wine cellars. It’s literally a sunk cost. If I were still in local government I simply wouldn’t be building any new parking at all until we could see where this technology was headed.

I have also been a strong supporter of public transportation. But what is the future of busses if AV technology can give people door-to-door service? If AV’s could compete with mass transit on cost or if dollars that now go to support mass transit could go to support subsidized rides for those who need them what is the future of city bus systems? Buses will probably always make sense in very dense places like the UW campus, but in more sparsely settled outlying areas AV’s could provide mobility more efficiently and at a lower cost than running buses. Again here, if I were in municipal government I would simply wait a few years before I made big new investments in mass transit. This is heresy for a guy like me, which is an indication of just how potentially disruptive this technology could be.

And finally consider the impact on an aging society. There are 77 million baby boomers in the U.S. and we’re getting on in years. Most of us would rather stay in our homes and AV has the potential to help keep us there much longer than our parents could stay in their homes. Generally this is a very good thing, but it also means that housing will turn over more slowly at a time when the owner occupied housing supply is already tight. So, the challenge for cities may be to find ways to not allow their central cities to become dominated by a limited demographic, namely old people.

A related issue has to do with social services. If more people age in place it means that as they grow more frail they will require more mobile in-home services that come to them as opposed to fixed retirement communities.

But like the challenges for cyclists and pedestrians, the challenges for cities can be overcome. With some forethought and political will AV’s could make our communities more vibrant with fewer parking lots, a more interesting urban environment and a broader tax base while our neighborhoods could have a healthy mix of young families and elders aging in place.

I don’t recommend any more laws here to constrain local governments. We have enough of those. But the committee might want to recommend funding for research, outreach and conferences on the issue of AV technology and community development through the UW.

To some up, my final thought is about the relationship between regulation and the market. We don’t want to stifle innovation and yet we should protect citizens from technology that is – literally – moving too fast. And we should decide how we want to use that technology to shape our communities. In short, let’s use the technology; not be used by it.

Thank you. I look forward to seeing the product of your months of good work.