The Rave was the setting for RAW’s big show, “Envision.” 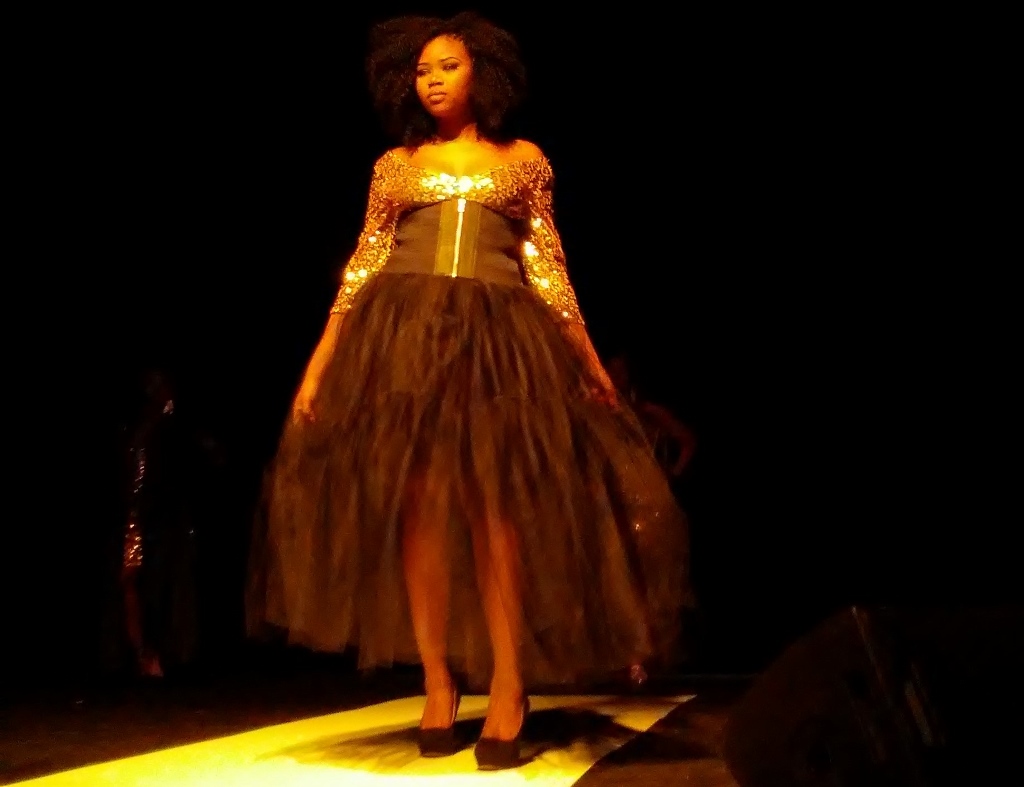 A large and diverse group of artists and musicians had the opportunity to showcase their talents on Wednesday at the Rave/Eagles Club, 2401 W. Wisconsin Ave.

The event, “Envision,” was presented by independent arts organization RAW, active in more than 60 cities worldwide. The organization was founded by Los Angeles fashion designer Heidi Luerra in 2009, in an effort to bring promotional tools to artists who lack resources.

Local independent artists are selected by RAW directors in each city, and shows are typically hosted in a music venue.

Chicago artist Evan Maxon works with acrylic paints and dry media. This was his second RAW show. “It’s a great experience. I can’t think of any other group where I get this much exposure,” he says.

Individual booths displayed hemp jewelry by Kelsey Rankin, coloring books by Tym Harper, watercolor/acrylic art by Thomas Carlson, drawings by Brett Calomino, and horror makeup by Belviso—Ellie and Beth, as they call themselves.

Dozens more booths featured bridal dresses, photography, painted stones and more. The large crowd consisted of many stylish folks, from millennials to baby boomers, many sipping beers and cocktails from the Rave bar.

Photographer Taniesha Johnson enjoys connecting with other artists at RAW shows, and the variety of the artwork. “It’s nice to see more than just pictures,” she says.

Tasha, a wig-donning comedian, kept things lively by pulling a member of the audience on stage to dance with him. Partly through his set, he took off his hairpiece and threw in into the crowd, exclaiming it was too hot to wear it.

A deejay kept the crowd dancing with early-90s hip-hop and R & B from artists such as Outkast and Sean Paul.

Jones’ models are women of all body types, and she customizes dresses for events such as birthday parties, proms and a girls’ night out.

Her clothing designs have appeared at the 2018 Academy Awards and New York Fashion Week, and in Emerald Sapphire magazine.

Our photos capture all the crazy action. 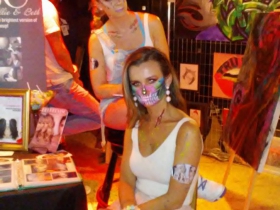 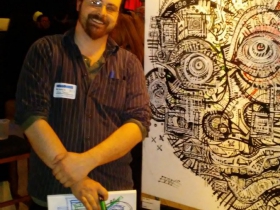 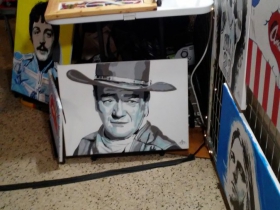 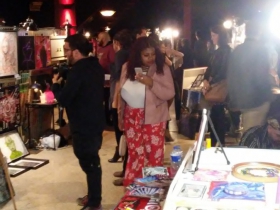 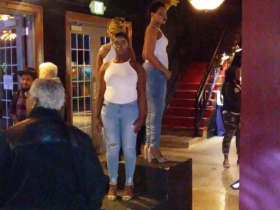 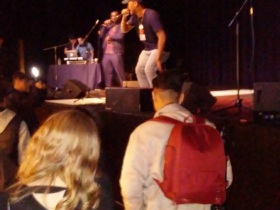 (And for more information about the RAW organization and artists, please visit www.rawartists.org.)