Landlords would be nudged to accept federal housing vouchers. Many testified against bill. 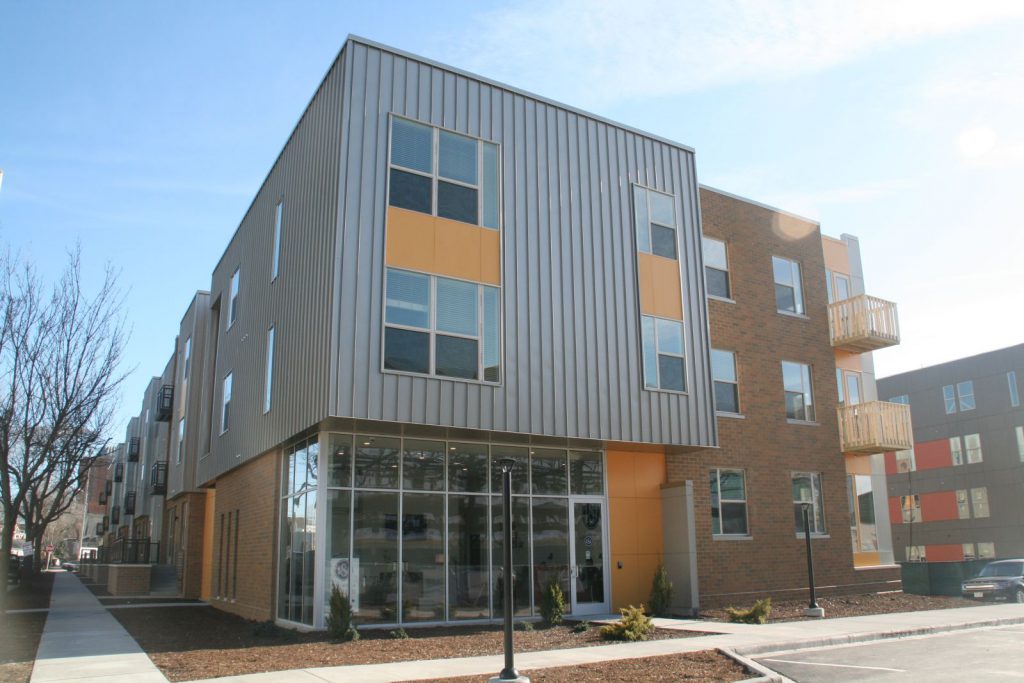 Legislation that aims to curb discrimination against housing applicants using federal rental assistance was introduced at yesterday’s meeting of the Milwaukee County Board’s committee on Economic and Community Development.

According to the bill’s sponsor Supervisor Marina Dimitrijevic, and further backed up by Margaret Daun, the corporation counsel for Milwaukee County, the bill does not mandate that applicants with rental assistance be given a lease, despite what some opposing the rule have said. Rather, it stipulates that they cannot be discriminated against for using housing vouchers during the application process.

The impetus for this bill, Dimitrijevic said, is the problem of segregation in Milwaukee County. Milwaukee has often been rated among the most segregated metropolitan areas in the country. And a history of discrimination in housing policy is a key reason. Dimitrijevic and several supporters of the legislation mentioned Matthew Desmond’s book, Evicted, which found that found that in Milwaukee’s majority-black neighborhoods, one in 14 renting households is evicted each year.

“Our country is completely segregated and that affects people’s lives everyday,” Dimitrijevic said.

It’s illegal for landlords to discriminate against applicants for an apartment because of race under both federal and state law. But these laws don’t have language protecting individuals from potential discrimination because they are on housing assistance.

Daun told the committee the majority of Milwaukee County residents on housing vouchers are people of color, and that landlords use section eight housing as a “proxy to racially discriminate.”

“Because that’s really what I think is going on here, my office will certainly do whatever it can to stem that tide,” Daun. She added that there is a collective responsibility to end “Milwaukee’s shameful reputation as one of the most segregated counties and cities in the nation.”

Daun said her office is interested in working with the county audit department to undertake the enforcement end of the legislation. But she noted that investigating and bringing cases of discrimination based upon this proposed law would not be simple. It would require considerable time and effort and probably additional resources from the county.

Ron Hegwood, president of the Apartment Association of Southeastern Wisconsin, and Heiner Giese, an attorney for the association, spoke against the proposed rule. Many opposing the bill simply did not agree with the notion that section eight housing vouchers were being used to discriminate against applicants.

A major opposition point, both Hegwood and Geise touched on, was that section eight housing agreements require the landlord to use a year long lease, and some landlords like to rent month to month.

They also said that section eight housing places, in their opinion, a significant burden on landlords. Geise mentioned that there is no recourse, like assessing late fees, for section eight landlords when rent is not paid on time, or at all. And Hegwood said that landlords are not allowed to hold section eight tenants responsible for damage done to the property. If a property is damaged by the tenant, he said, it comes out of the landlord’s pocket.

Other landlords that spoke at the meeting echoed Geise and Hegwood. And a few said they simply had no interest in learning all the regulations entailed in renting a property to those on rental assistance. Other landlords in opposition said they already accept rental assistance, but were not interested in what they perceived as a government intrusion upon their business practices.

Dimitrijevic said her proposal, “has forced an incredible amount of discussion,” and Supervisor James Schmitt said he has been getting a lot of communication from constituents on the issue. But Dimitrijevic closed her remarks to the committee saying it was time, “to move beyond discussion and come up with a solution.”

The committee, however, voted to delay acting on the bill until its next meeting. The legislation ultimately must be passed by the full board of Milwaukee County supervisors.